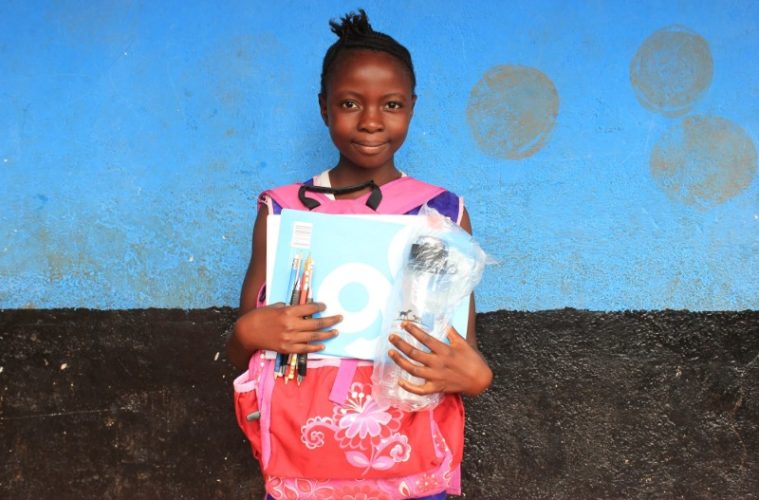 Equality based on gender and female empowerment is a core development objective. This can be considered as a fundamental factor in the realization of human rights and effective and sustainable development outcomes.

According to the World Bank (World Bank, 2015), gender equality is achieved when both men and women enjoy the same socio-economic rights and opportunities and have equal access to education, health care, decent work, and representation in political and economic decision-making processes. Gender equality can be effectively achieved through empowerment, comprising three broad categories, namely:

History shows us no society can develop successfully without providing balanced opportunities and resources for both genders so that they can shape their own lives and contribute to their families, communities, countries and the world as a whole. Although gender gaps have narrowed over the past two decades, substantial inequalities remain across many sectors, particularly in low-income and conflict-affected countries and among disadvantaged groups.

Much progress has been made to lessen gender gaps and advance the status of women and girls over the past three decades. Yet, substantial gender gaps remain across sectors in all countries around the world which show a significant number of the same in economically underdeveloped and developing countries and regions of the world.

Africa, the second largest continent in our world, has a population of around 1.284 Billion of which more than 45% is assumed to be females. This percentage is a significant amount when it comes to distribution of for example education only two-thirds of girls complete their primary school, four in ten complete lower secondary school in Sub-Saharan Africa according to the global study on the cost of not educating girls released in 2018. This as compared to that of the boys is very small which shows the unequal distribution of education based on gender.

Additional statistics shed further light on the disparities. According to UNESCO, in Ethiopia, only 47% of females aged 15–24 years old are literate, compared to 63% of males the same age (UNESCO, 2016). According to a report by USAID, although the primary school enrollment rate of girls in Ethiopia has climbed from 21 to 91% in the last three decades, the majority are unable to transition to secondary and tertiary school due to distance, personal security and economic challenges (USAID, 2019).

As girls grow older, academic participation becomes increasingly difficult as it takes time away from essential income generating activities. Only 35% of undergraduate university students are female and 5% drop out in the first year.

At the same time, female-led instruction at the university level is extremely low at only 11%. This can also be seen when it comes to government positions in which women are very few in number especially in top ranking positions. For instance, if we see the average percentages of women parliamentarians in Sub-Saharan Africa, it is around 23.6% of the total parliamentarians as of November 2018 which is virtually half of that of the Nordic countries which are 42.3% (UNDP, 2015)

It is a generally known fact that gender inequality has costs for individuals and societies, which pass through generations. For instance, women’s economic dependency on men reduces their ability to exercise safer sex options to protect themselves against unwanted pregnancies and HIV infection. When women cannot participate in the labor force, are prevented by law or practice from entering certain occupations, or excluded from management positions, GDP growth can suffer by as much as 2%.

In contrast to this fact, gender equality not only benefits individual males and females but whole sectors and societies. For instance, the Food and Agriculture Organization of the United Nations (FAO) estimates in its 2011 yearly report that if women had the same access to productive resources as men, they could increase yields on their farms by 20% to 30%, which in turn could raise total agricultural output in developing countries by 2.5% to 4% and reduce the number of hungry people in the world by 12% to 17%, up to 150 million people (FAO, 2011).

In Ethiopia, 80% of the population resides in rural areas and women provide the majority of the agricultural labor in these communities. However, their contributions often go largely unrecognized and their fathers or husbands often restrict access to resources and community participation. Worse, one in three women experience physical, emotional or sexual violence, 65% of women have experienced female genital mutilation, and only half of the girls who enroll in primary schools ever make it to grade 5 according to a report by USAID.

Although this is the case, tremendous work is underway to curb this trend in Africa with stakeholders working in this area. Although these initiatives are hindering due to systemic gender barriers fueled by deeply held and persistent stereotypes, they are bringing improvements in many sectors of female empowerment.

For example, if we take the case of the involvement of women in politics and government positions, Ethiopia and Rwanda gave 50% of their ministerial positions to females which shows significant improvement as compared to the previous scenario in which females are highly underrepresented in government positions. A similar scenario of an encouraging improvement in empowering women can be seen in Uganda through a multidimensional policy intervention attempting to jump-start adolescent women’s empowerment in Uganda, a context in which 60% of the population is aged below twenty. The intervention aims to relax human capital constraints that adolescent girls face by simultaneously providing them with vocational training and information on sex, reproduction, and marriage.

Accomplishment reports show that four years’ post-intervention, adolescent girls in treated communities show a 48% increase over baseline levels of women more likely to engage in income generating activities, an impact almost entirely driven by their greater engagement in self-employment. Teen pregnancy falls by a third, and early entry into marriage/cohabitation also falls rapidly. In line with this the share of girls reporting sex against their will drops by close to a third and aspired ages at which to marry and start childbearing move forward. The results highlight the potential of a multidimensional program that provides skills transfers as a viable and cost-effective policy intervention to improve the economic and social empowerment of adolescent girls.

Another exemplary success case in Africa is the Yaajeende Nutritional Value Chain Project, which started in 2010 in Senegal, which was a five-year USAID Feed the Future project to counter deeply entrenched cultural biases against women owning land (Women Deliver, 2016). The project was extended due to its successful holistic model, making it a seven-year program. The project works to harmonize legal regulations and customary practice by engaging local leaders to identify culturally-appropriate means for women to gain land ownership. Local leaders identified degraded land that was thought unprofitable and allowed women’s groups — as opposed to individual women — to own the land as a collective. The Yaajeende project works with the women’s groups to make the land profitable using an integrated approach that incorporates nutrition, economic empowerment, and environmental sustainability. Now, men in the local communities recognize the value of this reclaimed land, as well as the importance of women’s collectives to have ownership and decision-making power over it.

The issue of gender awareness is critical as can be seen from the few scenarios above and tons of other evidence in the area. The successful equal participation of men and women in political, economic and other sectors contributes to the development of a family, society, country and the world in general.

In order to realize this, all stakeholders should exert their effort in order to promote women in the aforementioned and other related sectors. In order to be successful, this process of empowering women and ensuring gender equality should be backed by the governments of African nations.

All government leadership positions should be open to women also and there should be a fair competition for placement, if not some favoring women. All stakeholders should work through different economic programs in order to relieve the economic and resource dependency of women which is seen as a basic source of women empowerment problems in Africa. In addition, girls should be educated and some incentives should be given to them in order to tackle the problem of women illiteracy in societies in Africa which should also be backed by cultural change initiatives that discourage girls’ education.

How You Can Help:

This piece originally appeared on Medium, and was republished here with permission.