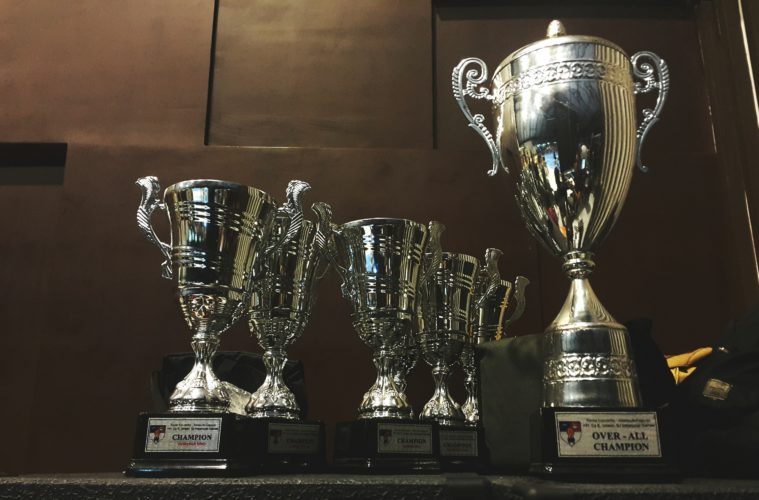 Photo by Ariel Besagar on Unsplash

The 12 Most Inappropriate Office Behaviors, Ranked

Americans broadly agree that just because a behavior is frowned upon doesn’t mean that it isn’t happening in their workplaces. In fact, some of the behaviors that people find the most inappropriate in the workplace are also the ones that a majority of people have seen occur. But their opinions on many workplace behaviors are largely dependent upon their age and sex. That’s at least according to a new poll on workplace behavior from NPR and Ipsos.

Ipsos offered 1,130 American adults a range of potentially objectionable office behaviors along with a range of options for each behavior, from 1 to 7 (always, mostly and sometimes inappropriate; it depends; and sometimes, mostly or always appropriate). Most Americans polled have experienced behaviors like the following 12, which are ranked from most to least inappropriate, according to respondents:

8. Standing close, brushing up against coworker

Spreading rumors about coworkers and speculating about coworkers’ sexual preferences or history topped the chart for the most inappropriate behaviors, followed by deliberate touching and telling sexual jokes. These were considered “somewhat,” “mostly” or “always” inappropriate by around nine in 10 Americans. And when it comes to the magnitude of which behaviors are worst, gossip also came out on top.

But there were still behaviors that some coworkers didn’t find so bad. Specifically, young men are more likely than women or older men to consider several of these behaviors okay. Only 51 percent of men ages 18 to 34 considered it “always inappropriate” to talk about someone’s sexual preferences or history at work, while 72 percent to 88 percent of men and women in other age groups were against doing so. Likewise, about one-third of young men considered it “always inappropriate” to refer to adult women as “girl, babe, sweetie or honey,” compared to half or more among other age groups. Men were also less likely than everyone else to find “always inappropriate” for a supervisor to be flirting with an employee and believing the feelings are mutual, for a supervisor to be asking an employee on a date, and for telling sexual stories or jokes at work.

But young men weren’t the only ones with sometimes conflicting opinions. Older people were also much more likely than younger people to think that asking about a coworker’s social life is inappropriate. Around six in 10 men and women over 55 thought doing so inappropriate to some degree, compared to three in 10 18-to-34-year-olds and four in 10 35-to-54-year-olds. And women 55 years old and up were also much more likely than other groups to think that referring to an adult female coworker as “babe” “sweetie” or “honey” is most definitely “always inappropriate.”

But even though most people viewed all the aforementioned behaviors as uncalled for in the workplace, they’ve all witnessed them quite a lot. For example, around eight in 10 people find it inappropriate to call a female coworker “girl” or “babe” or “sweetie,” but around six in 10 have heard it happen at work. Likewise, nine in 10 people think sexual jokes or stories are inappropriate, but more than half have been told or heard others being told sexual jokes or stories.

And, to little surprise, people weren’t admitting to their own behaviors either. Maybe change in the workplace to combat sexual harassment starts by being honest with ourselves and reflecting on our own behaviors. Because if everyone’s witnessing it, but no one’s owning up to it, then we’re not going to get anywhere.

This article originally appeared on Fairygodboss and is republished here with permission.