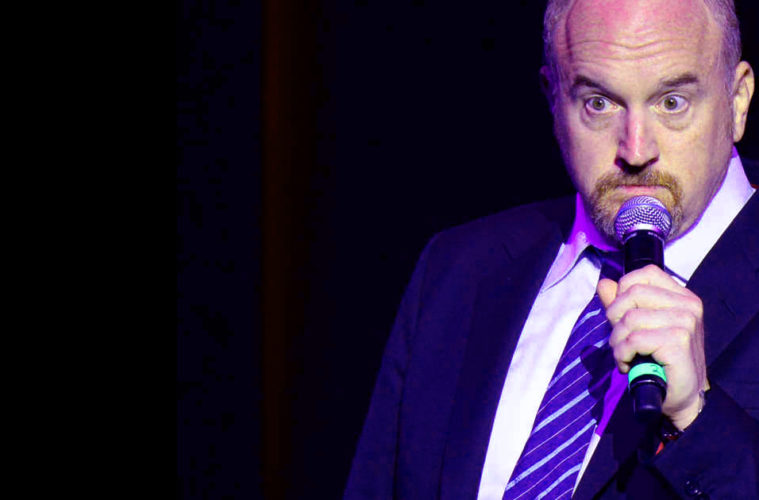 Law Matters, but So Does Power

As a lawyer with over 30 years of experience dealing with allegations of sex harassment, let me say that, while the law matters, so does power. Unfortunately, many of the powerful men accused of harassment don’t understand the law, nor do they realize that it is about power.

This is painfully obvious when reviewing a list of the high-profile men accused of sexual harassment and/or assault since Harvey Weinstein.

The responses of the accused men range from denial, anger, ignorance, blaming the victim to contrition, some understanding of the law and one guy who even “gets it.” Analyzing these responses is both discouraging and edifying.

It’s not about what you meant by it.

Andy Dick said, when asked about allegations against him, “I’m not trying to sexually harass people.” He goes on to say:

“I didn’t grab anybody’s genitals. Of course I’m going to proposition people. I’m single, depressed, lonely, and trying to get a date. They can just say no, and they probably did and then I was done.”

The deficiency of his response (in addition to and apart from his “poor me” excuse) is that his intentions are not dispositive under the laws pertaining to sexual harassment. Intent is important in a case of criminal sexual assault but, in the arena of workplace harassment, it is the impact on the recipient which matters.

Johnny Iuzzini spins a version of Mr. Dick when he first argues, and then says he did not mean it.

“Many of the other allegations are inaccurate, others I do not recall and none were meant to hurt people.”

Knight Landesman makes the same mistake when he said in part:

“I have never willfully or intentionally harmed anyone.”

At least he adds some contrition and a commitment to change when he went on to state:

“However, I am fully engaged in seeking help to insure that my behavior with both friends and colleagues is above reproach in the future.”

Another legal concept that escapes the grasp of most of these men is that “consent” is generally a concept relevant to a criminal case such as whether a person raped someone else.

But in the context of sexual harassment, the issue is whether the recipient welcomed the interaction. This distinction was lost on a spokesperson for Terry Richardson who said that Mr. Richardson is “an artist who has been known for his sexually explicit work, so many of his professional interactions with subjects were sexual and explicit in nature but all of the subjects of his work participated consensually.”

Andrew Kreisberg’s response shows some of the nuances of this area but he also misses the point. He denies the allegations:

“I have made comments on women’s appearances and clothes in my capacity as an executive producer, but they were not sexualized. Like many people, I have given someone a nonsexual hug or kiss on the cheek.”

When is all of this really the victim’s fault? (Spoiler alert: never.)

And, of course, there is always blaming the victim. Jeffrey Tambor said:

“I know I haven’t always been the easiest person to work with. I can be volatile and ill-tempered, and too often I express my opinions harshly and without tact. But I have never been a predator—ever. I am deeply sorry if any action of mine was ever misinterpreted by anyone as being sexually aggressive or if I ever offended or hurt anyone. But the fact is, for all my flaws, I am not a predator and the idea that someone might see me in that way is more distressing than I can express.”

In short, he seems to think that the problem was the victim who “misinterpreted” him.

But all is not lost.

John Lasseter  got the legal concepts right. He apologized for his behavior:

“I’ve recently had a number of difficult conversations that have been very painful for me. It’s never easy to face your missteps, but it’s the only way to learn from them…. I especially want to apologize to anyone who has ever been on the receiving end of an unwanted hug or any other gesture they felt crossed the line in any way, shape, or form. No matter how benign my intent, everyone has the right to set their own boundaries and have them respected.”

And then we have a guy you actually gets the bigger picture: it is about power.

“These stories are true. At the time I said to myself that what I did was OK because I never showed a woman my [d***] without asking first, which is also true. But what I learned later in life, too late, is that when you have power over another person, asking them to look at your [d***] isn’t a question. It’s a predicament for them. The power I had over these women is that they admired me. And I wielded that power irresponsibly.”

The law matters but so does power. Cynthia Curtin worked as a defense lawyer in labor and employment for the first 14 years of her career. Much of that work was defending employers and individuals accused of harassment. She has been conducting neutral independent investigations of allegations including harassment allegations for most of the last 19 years. She is a graduate of Brown University and University of California, Los Angeles, School of Law.