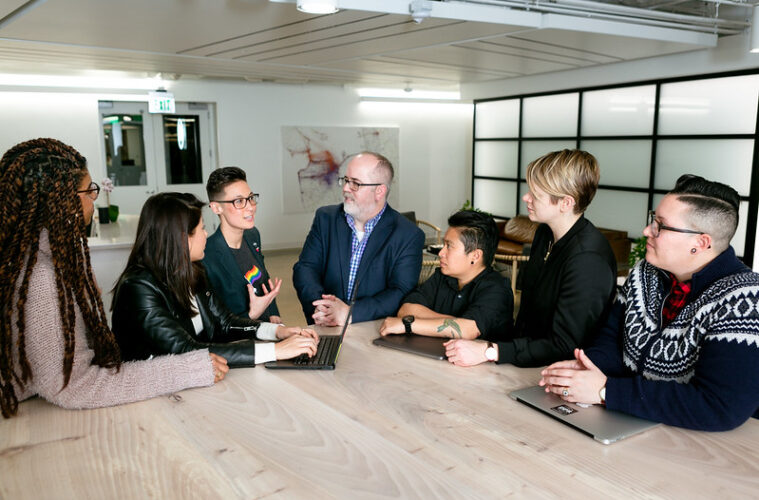 In recent years, the number of employers investing in efforts to combat unconscious bias has skyrocketed — and for good reason.

The case for addressing unconscious bias and its negative effects is clear. What’s also clear is the efforts of many companies combating bias in the workplace.

What isn’t clear? Why those efforts don’t seem to be working.

Despite the active effort to combat unconscious bias and reduce inequalities in the workplace, manager and senior executive roles in the private sector are still 86% white and 70% male. Women still  comprise only 6% of CEO positions in the S&P 500, and an even smaller number of women with a minority racial or ethnic background run major public corporations.

Checking the box with unconscious bias training? Check your assumptions

When organizations make internal and external commitments to building more diverse and inclusive workplaces, they typically start with an investment in unconscious bias training. This effort seems to follow Maya Angelou’s logic: “When we know better, we do better.”

When I started as Webflow’s Head of Diversity, Equity, and Inclusion, I too believed that once my team learned about unconscious bias and how it impacts their decisions at work, they would  act in a less biased way. In order to justify the high price tag on the Unconscious Bias trainings, however, I needed to validate my own assumptions about it.

What I found surprised me — and reminded me that Maya Angelou is, contrary to popular belief, not a behavioral economist.

Unconscious Bias training has been written about extensively — and confusingly. Some praise the training for its ability to change behaviors. Others write it off, claiming that it simply doesn’t work. A few critics even make the claim that the training can make problems even worse.

So, what can we take from these confusing,  contradictory reviews?

Unconscious bias trainings have the potential to be powerful — but training alone cannot address and undo systemic inequities in the workplace.

To any behavioral economist who has studied the evolution of human behavior, this conclusion is hardly surprising. To root out the unconscious biases that influence human behavior,  not to mention the centuries of systemic inequities that have reinforced (and rewarded) those biases, you need more than a 3-hour training.

You may be wondering if it is even possible to combat unconscious bias. The truth is, it’s likely impossible to truly eliminate unconscious bias in any environment, especially one that operates quickly, and relies heavily on System 1 thinking.

To effectively combat bias in the workplace, we must treat it as a symptom, not a cause, of systemic inequities and inefficiencies.

Workplace inequality is a systemic problem that requires systemic solutions. Unconscious bias training can help people recognize their biases; however, it does not address the systems in which they rely on those biases (and System 1 thinking).

In order to effectively combat bias and build diverse and inclusive workplaces, organizations must address the systems that enable bias to influence decisions and perpetuate inequality.

Getting started with systemic solutions

Here’s a framework that I’ve developed and applied at Webflow for auditng, addressing, and redesigning organizational systems to combat bias:

“Getting off the dance floor and going to the balcony,” is an image that captures the mental activity of stepping back from the action and asking, ‘What’s really going on here?’“ In order to build more equitable systems, you first need to understand how your current systems are enabling bias and perpetuating inequality. To do this, leaders must “get in the balcony” and view specific events in the context of the systems and norms that allowed them to occur, rather than addressing those events in isolation. To demonstrate what this might look like in practice, I’ll share an example of a systemic change we made to our annual review process at Webflow.

Annual review processes have historically been biased against certain groups, reducing the likelihood that those groups are eligible for promotion and advancement. A recent study found that 66% of women’s performance reviews contained negative personality criticism (“You come off as abrasive”) whereas only 1% of men’s reviews did.

Here, bias not only disadvantages underrepresented groups — it indicates that the process itself is broken. To ensure that our annual reviews (now bi-annual) were equitable, we got in the balcony. Rather than addressing (and attempting to eliminate) biased feedback within our annual reviews , we restructured the feedback process itself to limit the opportunities for expressions of bias.

In addition to educating our team members about the different kinds of biases that affect feedback and performance reviews, we:

2) Slow down and fix things

Hiring talent remains the number one concern of CEOs  and is the top concern of the entire executive suite. Hiring talent is also one of the most costly processes for employers, who spend an average of $4,129 per job in the United States.

In addition to building more time into your hiring process, you can also combat bias by:

3) Invest in training — but do so intentionally

It may seem ironic, given how I started, to end with a call for continued investments in unconscious bias training, but we’re ending here for a reason. Just because one training isn’t enough to combat systemic inequities in the workplace (which, by now, I hope is a “duh”), doesn’t mean that it isn’t an important piece of the bigger picture.

Diversity and inclusion trainings may not check The Box, but they do check a box — and an important one.

Diversity and inclusion trainings give us a safe space and shared language for critical dialogues that, in addition to systemic change, can change the status quo.

Unconscious bias has been enabled and perpetuated in our business processes and systems for as long as it has because it’s been largely invisible. Too often, the ugly truth about unconscious bias is only unveiled in headlines that expose all-white, all-male boardrooms and executive teams. Those headlines would never have been written if those teams had only named unconscious bias — before it named them.

At Webflow, unconscious bias trainings are still a core element of our overall D&I strategy. We partner with D&I leaders and coaches to ensure that the training is driving the change we want to see in our workplace — and that our teammates understand that the training is just the start.

To ensure your investment in D&I training is driving the change you’d like to see in your workplace: