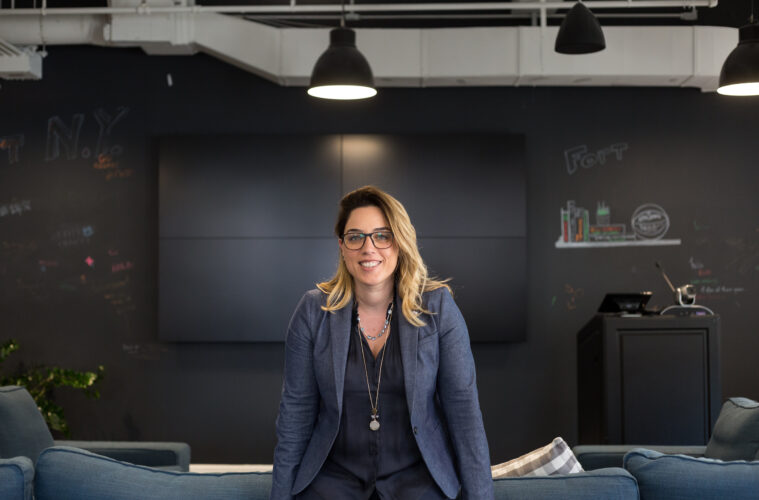 Beyond the Wage Gap: Uprooting Hidden Gender Bias in the Workplace

Despite decades of progress, true gender equality in the workplace remains elusive. Explicit wrongs like the wage gap demand action, but such headline-grabbing issues are only the tip of the iceberg. Implicit biases lurk below the surface, and the only way to uproot them is to pinpoint their source.

How can organizations build truly inclusive offices that unlock the potential of all employees? Inbal Lavi, CEO of Webpals Group and Danielle Ofek, Founder of Parliament 51, share their insights on what companies should consider – and what needs to change – in the quest for gender equality at work.

Unequal power structures often extend their influence into the physical structures of the working environment.

A landmark 1999 study led by senior MIT biologist Nancy Hopkins uncovered that “MIT systematically assigned female faculty members less office space than their male colleagues.” Although MIT insisted that office space was assigned equally, it later conceded that “administrators had included lab space in measuring office space assigned to women, but not in the measurements assigned to men.” This subtle, pervasive discrimination caused alarm and inspired immediate action. But until it was actively investigated and identified, it remained invisible.

It’s worth re-evaluating your office environment for any built-in inequities. Are multiple working styles encouraged? What kinds of verbal and non-verbal communication does your office layout foster? Are certain facilities – quiet rooms, for instance – missing?

Failing to provide adequate accommodations for a diverse employee base can foster a hostile work environment. One such omission that exclusively affects women is the widespread lack of proper breastfeeding facilities. Already hindered by the glass ceiling, working mothers are further hemmed in by the “maternal wall” — the barrier to equal opportunity that’s regularly erected when a woman reveals she is pregnant, and extends far into her future career.

According to a 2018 study by the Center for WorkLife Law, breastfeeding discrimination opens women up to health risks, harassment, penalties and worse. For two-thirds of these women, seeking legal recourse results in their firing or forced resignation. Far from existing in a vacuum, non-inclusive work environments arise from pre-existing employer biases—in this case, the bias that targets parenting in general and motherhood in particular.

How, then, should companies go about ending the ‘parenthood penalty?’ It starts with supporting parental equality.

Many countries with progressive parental leave policies have increased their so-called “daddy quotas,” spurring new male parents to take more time off work, bringing paternal and maternal leave into greater balance. This encourages moms and dads to divide parental duties more equitably – and it’s also a major benefit to women in the workplace.

The HR consulting firm Mercer notes that each month of parental leave a man takes corresponds to a 7%increase in women’s salaries, highlighting just how important it is to support benefits for working moms and dads alike. When men are as likely as women to take parental leave, statistical discrimination against women goes down.

Reddit CEO Alexis Ohanion’s recent 16-week paternal leave is a case in point. In a heartfelt essay penned for Glamour, Ohanion spoke about combating the stigma associated with paternity leave in order to “show up” for his wife, tennis star Serena Williams, when she needed it most.

Whether it’s preconceptions about how much time off new parents should take or stereotypes about which roles are best-suited for women, gendered expectations run deep and are difficult to detect.

During the 1970s, for instance, major orchestras noticed they had fewer than 5% women. But by 1997, that number jumped to 25%, and today some are in the high 30s. What changed? Orchestras began conducting blind auditions. Simply placing the performer behind a screen mitigated a great deal of inherent bias. One exception was the Boston Symphony Orchestra, which didn’t see a major shift until the orchestra instructed performers to remove their shoes before entering. It turned out the mere sound of high-heels was enough to ignite the evaluators’ implicit biases.

By proactively recruiting professionals from diverse backgrounds and experiences and partnering with organizations that advocate for more inclusion in the workplace, companies can achieve greater diversity in their talent pool.

Of course, while recruiting more women is essential, it’s not enough. Organizations must ensure that their women employees are valued – otherwise they’ll struggle to retain them. That means getting serious about pay equity – and achieving pay equity means promoting a culture of transparency.

In 2006, Denmark enacted legislation requiring employers to report salary data broken down by gender. A 2018 follow-up study examined the effects of this law and the results were striking. Simply revealing salary data to employees reduced the wage gap by 7%.

The power of transparent policies can extend even further. One 2014 Harvard study found that ambiguity surrounding salary negotiations discouraged women from even applying for a position. Simply telling applicants that pay was negotiable drove down the gender gap in applications by 45%.

While raising awareness of issues is important, taking decisive action is what matters most. Multiple studies show that equal female representation in leadership roles produces incredible outcomes. McKinsey reports that companies in the top quartile for gender diversity in executive teams outperformed the average on profitability and value creation by up to 27%. Enacting equitable policies is not just the right thing to do, but it produces tangible results across the board.

Translating a broad commitment to equality into company-wide policy is a key roadblock. Representational leadership can more effectively cascade this change throughout an organization. Sussing out subtler workplace discrimination requires empathy that can only come from shared experience. Women who’ve climbed to the top will have valuable insight into discriminatory policies that would otherwise go unaddressed.

We’ve worked tirelessly at Webpals to tackle these issues head-on, remedying gendered language and making sure that inclusion isn’t just company policy, but something that pervades company culture. Looking up and seeing equal representation reaching the highest levels shatters the illusions of a glass ceiling barring the way to the pursuit of true personal and professional equality.