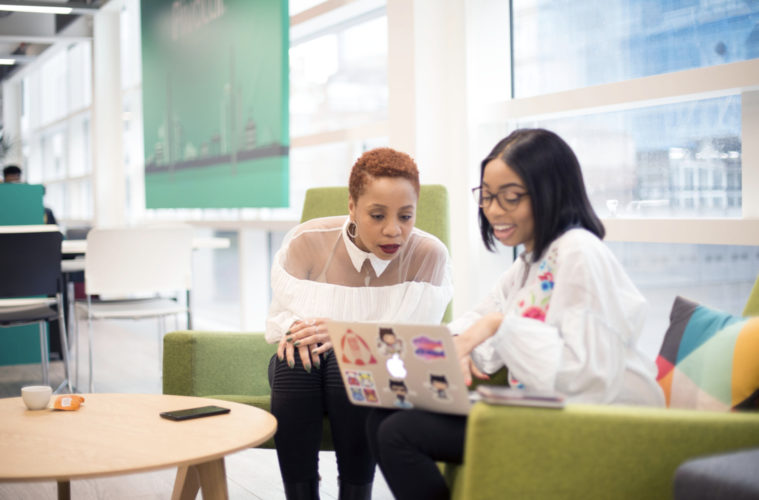 Why It Pays To Mentor Women… Literally

It’s time to stop the blame game. You know, the one where women quietly admit to each other that senior female executives play a role in the gender gap by not supporting more junior women or even thwarting their rise. It’s often referred to as the “queen bee” syndrome, meaning that there is only enough room for one of us at the top.

I hear it all the time but each additional reference adds to my disappointment since the myth itself hinders the advancement of women. Firstly, it reinforces the belief that women should blame each other for their lack of professional growth. Secondly, it deters women from seeking out mentorship opportunities for fear of a backlash. How quickly would you reach out to a mentor if you expected to be greeted by Meryl Streep’s character in The Devil Wears Prada channeling the Mean Girls?

Catalyst, the nonprofit group supporting women in business, unveiled data earlier this week that busts the “Queen Bee” myth. In an analysis conducted by the group, it showed that 65% of women who received career development support were mentoring new talent, compared to only 56% of men. Of those women, 73% focused their energies on other women compared to only 30% of men.

But here’s the juicy part – not only do women offer their support to others, these mentors reap actual benefits in higher paychecks of $25,075 from 2008 to 2010. That compensation growth holds true for both men and women.

Ms. Gillis attributed the corollary between mentoring and a mentee’s salary to a rise in profile. When an individual offers career guidance, it increases her visibility and creates a following, which leads to both recognition and reward for that extra effort.

Realizing that mentoring and supporting more junior employees makes good sense for your own career may do wonders to eradicate this misconception although admittedly, it’s not a new concept.

“At Accenture, women who advance other women, also advance themselves,” observed Lisa Grill, senior manager in Accenture’s Retail Operating Group and the Canada’s women initiative lead. “I learned early on that if I am going to mentor anyone, a woman or a man, I’m going to make sure someone knows what I am doing,” she said.

Personal benefit aside, Ms. Grill explains that offering career support to other employees is part of their company’s “DNA” and it pays in many ways. She fondly recalls being mentored early in her career by a very senior partner who taught her how to prepare and deliver a speech over the period of 18 months. “It still sticks out in my mind that she took the time and the energy to teach me everything,” recalled Ms. Grill. She now takes the time to mentor others on a variety of issues but particularly on celebrating their successes, adding, “it’s important to convey wins to other people.”

Examples of women who received valuable mentorship to gain traction in their career and then paid it back to others remains ubiquitous.

Alexandra Blum, executive director of brand development and global partnerships at Fairmont Hotels & Resorts recalls how the president of a publishing company she worked for earlier in her career reinforced the importance of understanding financial statements.

“She quizzed me all the time. Sometimes it was after a flight to London or in the taxi on the way to a meeting. She was relentless,” recalled Ms. Blum. Gaining a deeper understanding of financial statements added to her marketability both inside out and outside the organization. Now, it’s Ms. Blum’s turn and she makes it a habit to mentor a few MBA graduates every year.

So I challenge women to carefully consider their own career growth and see if they cannot single out a single person who played a role in their success and even consider how mentoring may have paid off personally. The Catalyst report may take the sting out of the myth, but it’s our job to kill the buzz and not bring our jaded viewpoint to a younger generation.

”We have a new generation of professional women for whom this is not their reality. By continuing to talk about it, we perpetuate the myth,” asserted.

Tonie Chaltas, chief operating officer at Hill+Knowlton Strategies, a firm that is predominantly female in Canada. “So, let’s focus on the things that matter to them: fair pay, recognition, skills development, work-life balance, and giving them opportunities to shine.”