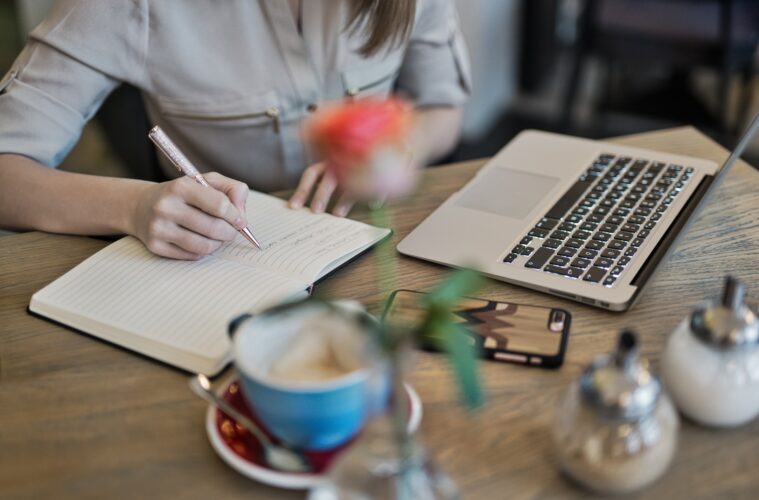 Photo by Judit Peter from Pexels

Lean In, They Said: Recollections Of A Working Mom

When I was still in school studying for my masters in tech management I was one of very few female students. During my time, the faculty was predominantly male, however, I found comfort in one of my professors, a female electrical engineer. This professor worked closely with the US Navy and was a total  badass when it came to development, design and algorithms. A true role model who succeeded in areas that many others didn’t even try. A true inspiration in a time where female engineers were considered to be an urban myth.

In one of her sessions, she recommended Sheryl Sandberg’s “Lean in” as a must-read.

Sure, I had my doubts about a few of the points mentioned in the book (which she, years later, revised and admitted to being wrong about), such as the ways she maps out her network – paid help, etc – resources which are not necessarily accessible to every woman out there. But all-in-all, I liked what I read. “Lean In”  validated several of my own thoughts as I reflected on my life, and would ask myself “why am I not seeing a more diverse crowd?”

And boy did that message resonate with me loud and clear!

Fast forward a few years, I was returning from maternity leave with my first son and looking to go back into the startup marketing field after years of independent consulting. Being a proud hyphenated mother and wife, an enthusiastic feminist and liberal, I began sending my resume across to open positions. Despite having extensive marketing experience, I received zero leads for jobs in my field.

I was left in awe of the alarming silence of my inbox.

A few more weeks went by without any response, and I started feeling, well…suspicious. I thought to myself, “I know it’s 2016“ and I’m sure that this ecosystem I dwell in is egalitarian and promotes equality. But, what if I’m wrong?”

So, I took it upon myself to run a little test of my own. I quickly removed my hyphenated last name from my resume and LinkedIn profile, and what do you know? My inbox was suddenly enjoying an influx of positive responses, gladly inviting me to interviews.

I was unpleasantly surprised, to say the least, to discover that my gut feeling was right. That claiming my home life and my marriage was an issue for so many companies. So, my parenthood and commitment to my family label me as a “non-hire”?

Turns out, that’s exactly what was happening.

The operation was a success, but the patient had to die

A few years later, after applying the results from my own tests and preserving my identity, I was finally asked to join a startup as a co-founder on paper and to serve as an acting CMO. This was an exciting time, taking an active part in a startup, being in touch with groundwork.

But then, in one of the conversations with the founders (two young and very highly-motivated males), they mentioned experiencing pushback when trying to appeal for VC funding, because of the lack of female presence on the founding team. Thus, they would need my presence as a female on the founding team to increase their chances to get funded.

On one hand, this could be seen as a good thing. There was obviously an emphasis on female empowerment and presence, but on the other hand, that conversation left me feeling like I was nothing more than a checkbox on the agenda.

You see, because of the work I do and my own experiences, I’m often exposed to the ongoing discourse many candidates feel after being hired to a position or company simply because they’re diverse.

For me personally, I often think to myself in these oh-so-familiar situations – am I just a diversity hire? Was I hired despite my status and am I hired because of my qualifications? Despite my qualifications? Will I be just another tab on someone’s checklist?

Today, however, I’ve chosen to own my truth.

I’m a great hire no matter how you look at it. Although my diverse background is important, I bring so much more to the table. I offer my experience, my professional toolkit, my wisdom, as well as everything that comes with being a mother and my nurturing strengths. I’m more than a checkbox, I’m an all-inclusive package that makes me a better professional and a valuable team member. Being a working mom adds a lot of value to my professional presence, and research shows that working moms make great employees – simply, put: we get the job done. We provide a broader perspective and we’re consistently dedicated to the job.

Is that a shift in the tide and a change on the horizon?

Well, I believe so.

I can only share from my own experiences of what it’s like to be a working mom. It’s different for each of us, but providing for your family is another set of commitments outside of working hours. Since my days of early motherhood, I have seen a change in the way things are. I’ve been encouraged, mostly from male interviewers, that their company is family-friendly and they support my active role in my children’s lives. I’ve been privileged to work in a startup with founders – all fathers to young children – that reprimand anyone who dares schedule a meeting or call between 6:00 to 9:00 PM as these are crucial hours for  “family time”.

In a recent conversation I had at a D&I workshop I helped facilitate, the discussion led to the topic of the parenting work-life balance. Some of the ideas consisted of a need for stronger understanding when parents need to leave early, and recommendations for extended parenting time both maternally & paternally, while maintaining a sense of job security upon their return.

To be frank, parenting should never be an obstacle in the workplace, and we still have a long way to walk until the conflicts shift into complementary components. We need fierce leaders showing employees of all “ranks” that a workplace like this is possible. Leadership has to take a stance and start promoting parents in the workplace, rather than leaving them behind because of their home-life commitments.

I feel lucky to be present in these impactful parenting conversations where the dialogue is surrounded by vital feedback from all types of parents.

So, yes, I do think the world is starting to change. It might feel slow and we might appreciate a quicker pace, but I encourage you to reflect on the progress we’ve made. D&I work is about more than just having these conversations, it’s about setting examples and leading others to a future that’s inclusive and full of belonging for everyone.

To all the other parents out there, you’re not alone and you have myself and the entire team at Joonko cheering you on.