A Pioneering Bootcamp Closes Its Doors

The staff and instructors at Dev Bootcamp were deeply saddened last month upon announcing that the school, founded five years ago as one of the first immersive coding schools in the world, was winding down. They will graduate their last cohort in December 2017.

In a statement, Dev Bootcamp wrote:

This was a gut-wrenching decision, but since launching in 2012, we have been striving to find a viable business model that would enable us to accomplish three things: Deliver high-quality immersive coding training, offer access to students from a broad variety of backgrounds, and cover critical day-to-day costs of running our campuses. Ultimately, we have not found a sustainable model that doesn’t compromise on any of these fronts.

While we are extremely disappointed we couldn’t make this work, we celebrate and appreciate the lives we’ve touched and the influence we’ve had: igniting the bootcamp industry, leaving a lasting legacy of more than 3,000 skilled developers, advocating for greater diversity and inclusion in tech for underrepresented populations, heightening awareness of truth in advertising among bootcamps, creating greater focus on apprenticeships as a model for meeting employer needs, and highlighting the value of soft skills training through our unique Engineering Empathy curriculum.

With our amazing staff and alumni, we helped create a movement. We are forever grateful to our team (past and present), our alumni, and our partners for their hard work, passion, and commitment to students.

There was a story on NPR over a decade ago that asked professionals in the top of their field what job they thought was the hardest, what job demanded the most advanced skills and talents. The funny thing about the story was that the schoolteacher said stage actor and the actor said politician and the politician said brain surgeon and the brain surgeon said rocket scientist and the rocket scientist said teacher. (Or some chain to that effect, with the list circling back to the beginning.)

If you ask a room of software developers what the hardest job in the world is, they just might answer sales or psychiatry—jobs that require a high emotional intelligence quotient (EQ). It’s not that people in tech are weak in EQ, says Lela Djakovic, CEO and Founder of EQED, a firm that helps Silicon Valley companies raise their teams’ EQ, but “it’s just that you become good at what you spend time on, and if you’ve spent a lot of time coding and speaking to a machine you might not have spent as much time communicating and working with other people.”

Which is why the staff at Dev Bootcamp, the first immersive coding school in the U.S., invited Djakovic to campus to speak to their students last month, and why they built the proprietary curriculum they call “Engineering Empathy” into their program, when the school started.

Students are put into teams and given the chance to practice and give feedback. 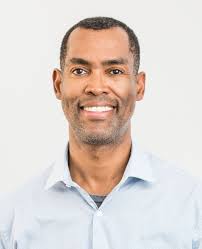 Emotional intelligence and Engineering Empathy are not simply about teaching introverted coders to come out of their shells, it’s ultimately about producing better work.

“One of the main reasons software projects fail is that the teams are not communicating effectively,” says Steven, an instructor at Dev Bootcamp.

“Tech skills are entry skills that get you through the door,” Djakovic says, “but what actually makes your career, it’s emotional intelligence. As you get more senior, it’s more and more important.”

Increasingly, teamwork skills are important at the entry level, too, though. And Dev Bootcamp, which measures its own success partly on its ability to help graduates get jobs after graduation, focuses on Engineering Empathy as a way of graduating more attractive job applicants. “Sometimes we confuse empathy with sympathy,” says Anthony Holloway, Career Developer at DBC. “Empathy demands that you connect with others by putting yourself in their shoes. Part of this is actively listening so that others feel heard. The job search is all about making connections and being memorable, empathy opens that door. Because of this, I can wholeheartedly say that Engineering Empathy has contributed to successful outcomes for many of our graduates.”

But can people skills like being influential in groups, listening well, and being a great communicator really be taught? Absolutely, says Djakovic, who also facilitates the Interpersonal Dynamics course (also known as “Touchy Feely”) at the Stanford Graduate School of Business. She thinks that the same formula works for acquiring nearly any new skill: “Identify the goals, practice, get feedback, and adjust.”

You can start small, and maybe should, Djakovic suggests.  “I’m going to have the goal of speaking up twice in this meeting. I’m just going to practice that. It doesn’t really matter what I say, but I’m going to speak. And then from there, you keep upgrading. You have the experiences and then you reflect on them. What was that like for me? Oh, that was scary. How did I sound in the meeting? Get feedback from a colleague. Then, with that feedback, try again. It’s about reeducating your brain and experimenting with new behaviors.”

“Whenever I’m struggling to learn something new,” explains Dev Bootcamp alumnus Xander Peterson, “I always have one concept in mind: ‘play’. Masters of their craft improvise and play in astounding ways: a talented musician freestyles in a jam session; a soccer player can juggle the ball endlessly; a comedian can improvise with audience members with impeccable timing. When learning a new subject, begin playing with what you know as quickly as possible. Enjoy bending the rules as soon as you learn them. For example, if you’re learning a new foreign language, try to make bad puns that make native speakers laugh. When I was studying abroad in Japan and learned that “dad jokes” were a universal phenomena I ‘pun’-ished my Japanese friends with an onslaught of terrible Japanese jokes – and of course, those are the words I’ll never forget! The positive vibes you get from playing with your subject of choice will reinforce your learning, encourage you to continue, and most of all, make the entire process more fun. So play!”

Over the course of its five years, Dev Bootcamp has taught thousands of people to code. It has also produced thousands of graduates who have high EQ, thanks to its cutting-edge focus on skills that might be called “soft,” but are also absolutely crucial to longterm success.

“Now that I’m working in a real company,” reports 2015 graduate Han Kim, “being able to work with other developers has actually been something that’s just as important as your skills as a programmer.”

Emily Hopkins is Women 2.0’s editor. She has written and edited for numerous magazines and websites, including at Scholastic Inc., the New Yorker magazine, WeAreTeachers.com, the Johns Hopkins Magazine, and Cornell University’s quarterly magazine, Ezra.