During my time as an executive, I’ve seen dramatic changes in the way women are supported and mentored in the workplace.  And from this experience, I’ve continually relied on three key practices to help ensure my team members are heard, feel appreciated, and are given a chance to develop professionally. Following these three guidelines has ultimately helped my company grow and flourish.

1. Don’t be afraid of unconventional hires

Great team members can come from anywhere. When searching for the right candidates, companies often look for the safest bets. But by conducting a limited search, you may end up missing the best candidate. Looking at those who may be considered unconventional, you may uncover an unexpected skill set, or a unique approach—qualities that can make all the difference for an organization.

Our office in Nanjing, China provided us the opportunity to put this plan into practice. Traditionally, many young women in China find it difficult to enter the business world due to the societal pressure to get married and have children and the reluctance employers have to hire women who will soon go on maternity leave.

We decided to take a different approach to hiring. Instead of creating a team of only young men, we aimed to hire young women who were about to graduate college. We chose to invest in their training and development, helping them grow professionally and within our company, regardless of any potential future need for maternity leave.

We’re flexible when it comes to maternity leave and child care—and our company culture has allowed our team members in China to have both a family and a career. In fact, women make up the vast majority of our support team in the Nanjing office and 100-percent of the female team members who have taken maternity leave have returned to work at Apprise.

Remember that every leader began her career as a junior-level employee. The path she travels between joining a company and running one needs to be filled with support. Women, especially, often feel disadvantaged on the road to executive leadership; we, as female mentors, can play a very powerful role in mentoring other young women.

A solid mentoring program is imperative. Matching team members who have similar personalities, backgrounds and career goals makes the process go smoothly. Mentoring cannot be an occasional exercise, it needs to be a daily exchange. This is the place where junior team members have the opportunity to express their ideas and where mentors can recognize emerging leaders.

It’s not just junior team members who can benefit from mentoring – everyone can, from the person answering the phones all the way up to the C-suite. It’s important that executives listen to their team members, remain open-minded and welcome other perspectives. Ideas from the bottom up have value and can ultimately benefit the entire company.

It’s 2017 and we’re constantly on the move – checking emails in the middle of a text conversation while we stand in line for a coffee. However, for all the good that technology does, it sometimes comes at the expense of personal, face-to-face communication.

Of course, it’s impossible to have constant in-person interaction with all team members, especially if the company is global. But creating a system where team leaders have day-to-day, hands-on interaction with their associates gives executives confidence that their junior team members are receiving support and assures junior associates that their voices are being heard and understood. Having a C-suite open-door policy is also important, but what’s crucial is creating an environment where every team member feels comfortable using it.

At Apprise, we take it one step further—executive leadership makes it a point to travel to the other offices regularly. For example, our CEO, Jeff Broadhurst, visits each office and actively participates in every team member’s annual review.

As senior managers, we are always seeking to do what’s best for the company. Whether it’s giving a chance to a young woman, bringing an idea to the table from a junior associate or maintaining face-to-face communication in spite of the constant push for digital communication, there are a variety of ways to help your team reach its full potential. It’s our job to harness all team members’ strengths because a company works best when everyone is performing at their peak. 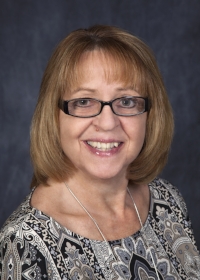 Lynn Whitman is vice president of global customer service at Apprise Software, Inc., a global enterprise resource planning (ERP) and supply chain software company. Lynn oversees teams in each of its offices, spanning six countries on four continents. As part of the company’s executive leadership team, Lynn’s experience in mentoring employees and, in particular, preparing women for success in the corporate world, has developed into a valuable asset as the Apprise expands globally.