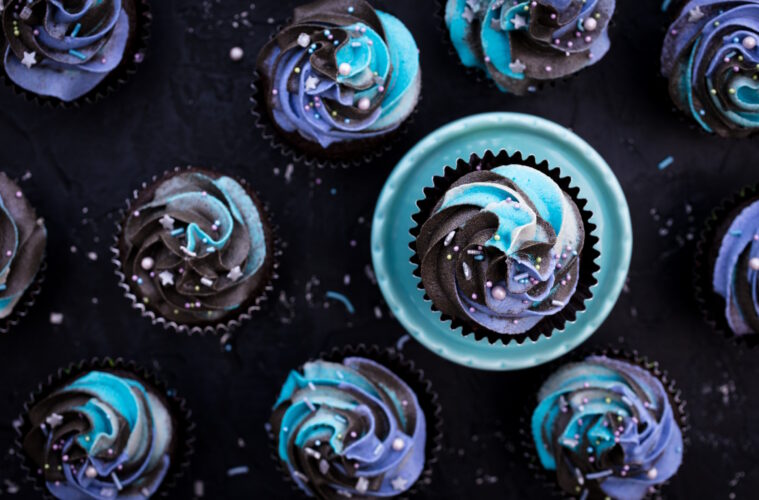 Photo by David Calavera on Unsplash

Janice Fraser, Partner at Seneca VC and Lean Startup expert, share with us the perfect analogy of how we can think about running a lean startup – what lean is (and isn’t) and how to use it to prevent failure before it happens.

How many of you are familiar with lean startup as a concept?

How many of you have studied it or practiced it consciously?

Regardless, the word “lean” has meaning to us.

Think Cupcakes: A Quick Refresher on Lean Startup from Women 2.0

What lean is NOT, the anti-definition

Lean is not cheap.

So lean has nothing to do with how much money you spend, and here’s an analogy that you can use.

Let’s talk about Marta. She plays for Brazil for their football team, otherwise known as soccer in the US. She eats twice the normal calories, maybe three times on some days, than the rest of us. Yet she’s one of the most lean athletic machines you’re ever going to meet. She burns every calorie at peak efficiency. She chooses what goes into her body. She chooses how she works her body. That’s what lean startup is. It is being incredibly efficient with every moment of your time, with every dollar that you have available, and sometimes with dollars that you don’t have available.

A lean startup is not a cheap startup.

Being a lean startup does not mean that you starve yourself for resources. You can be working a lean startup process and still be huge and still be spending lots of money, but you’re spending it consciously to learn what you have to learn to unlock the next chunk of growth or to figure out whether or not the technology you’re working on is feasible, or to do whatever it is that represents the most risk to your company.

That’s what lean startup says. You have to face the radical truth, the idea of radical acceptance. Radical acceptance as a concept has been popularized by Marsha Linehan, who’s a brilliant psychologist. It says, “I’m going to stare down the real truth, and I’m going to tell the truth to myself as an act of kindness because if I hide from the truth, I’m just extending my pain.” So that’s what lean startup is about, telling yourself the truth, facing it down, figuring out whether you can make that truth into something beautiful.

Sometimes, lean startup sends you back to the beginning. You know what’s fast? Raising millions of dollars, acting on your delusions, spending all the money, getting lots of users, dying a flaming death, getting written up in the press, and being embarrassed!

We’re not going to do that.

What lean IS: a story about cupcakes

I’m going to tell you a story of my friends, June and Pam. I don’t actually have friends name June and Pam, I’m making up a story here for the benefit of all. So June and Pam, they’re going to get married. They have just a few short months to make all of the arrangements.

June, being a modern woman, what does she do? She goes on Pinterest, and loads her Pinterest board with all of the things that they’re going to do. One of the things she’s looking up is the wedding cake, and she finds a wedding cake, THE wedding cake. She sees this cake, and it evokes some nostalgic beauty in her, and it gets her all warm and fuzzy.

June: “Pam. Pam, come take a look at this cake. I think I’ve found the cake that I want to emulate for our wedding cake. What do you think?”

Pam: “Honey, I love you so much, and that looks like my grandmother’s curtains.”

June doesn’t know what to make of that. So she smiles and nods as one does.

But she also happens to be a product manager at a lean startup. So what does she do? She decides to treat Pam like her customer and the cake like the product. She and her cake-making friend go into the kitchen on Saturday. They’ve got four hours and $40, and they make cupcakes.

Then they ask Pam to come and have some cupcakes. She takes a bite of one, and says, “Oh my God. This is a delicious cupcake.” The tested the recipe and the cupcake is great.

June: “What do you think about the way the cupcakes look?”

Pam: “I told you those fake flower things are disgusting. Nobody wants to eat them.”

Now there’s more information. So June and her cake-making friend go back into the kitchen the following Saturday with four hours and another $40, and they come out with a more elevated version of the cupcake, with no fake flowers, and raspberry filling. They ask Pam to have a piece, and Pam says,”Amazing. This cake is delicious. I totally am down with this cake.”

Ok it’s settled. There’s now evidence to back up the first finding, right? We know that we have the right recipe. We know that the addition of raspberry is great.

June: “How do you feel about the way this thing looks?”

Pam: “It’s way better. But honestly, I’m kind of not into pink. You know I’m not a girly girl. Aren’t wedding cakes supposed to be white?”

In her mind, June thinks, “Oh my God. This is going to be the most boring wedding cake ever. No decoration. No color.” She’s dying inside a little bit because she’s a little extra.

Eventually, they come out with the end product.

June: “Pam, could you come in and take a look at this?”

Pam: “Oh my God. That is the coolest thing I’ve ever seen. It’s got sugar. All that stuff that looks like tissue paper. This is amazing.”

And this is how they find their wedding cake.

How to get from cupcakes to the cake

Notice where June and Pam started. They started with something – the cupcake – that everyone’s seen before that mimics all of the features that we expect on a wedding cake. And what they ended up with was something so much better, so much more themselves, so much more differentiated, and unique. They did that by doing a series of small experiments that put real product in the hands of the real customer, and they observed the reaction.

That’s what lean startup is. That’s it. It’s cupcake thinking. List your assumptions. Understand your customers. Real product in the real world. Look for what happens, not what they say but what they do. Pam ate the cupcake.

Here’s what it looks like for those visual thinkers in the group [Slide 19]. We’re used to thinking something up and building it and building it, and think we’re making progress.

That’s how we get to something that we call “build, measure, learn”. Lean startup is about using iterative learning cycles to quickly learn, and change direction before something negatively impacts your goal.

Before you fail, figure out what’s wrong

When I taught lean startup to the Navy Seals training command, you know what I could not say? Fail first. Because when they fail, they die, literally. And not just them, other people die too. I had to dig deep inside and figure out what it really was that we were trying to do. None of us are trying to fail.

What we want instead is to figure out how are we wrong, and what can we do about it to get more right. We don’t know which of our plans are incorrect, so we have to find a way to figure that out without spending all our money, time, social capital, or personal resilience. We want to find little ways to discover the flaws in our strategy so that we can adjust direction before those things have a negative impact on our goal.

Lean is efficient. It’s muscular. It’s evidence-driven. It means that you’re not faking it.