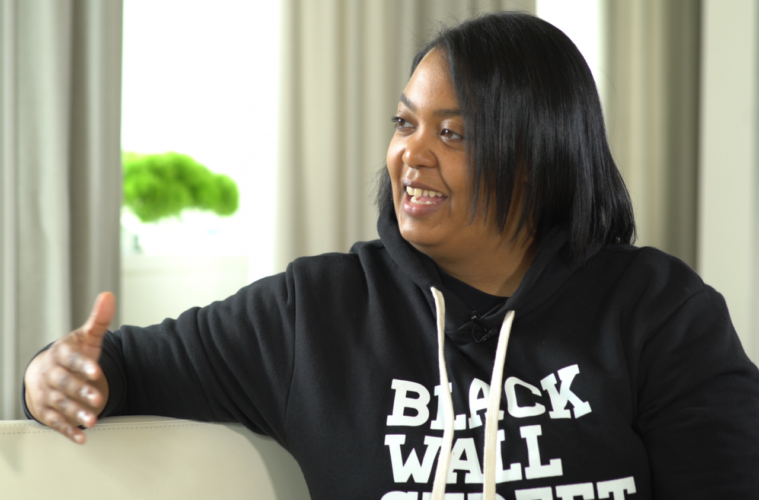 Arlan Hamilton: Breaking Barriers and Empowering the Next Wave of Black Female Investors

For Arlan Hamilton, investors are made, not born. While she believes that some people have an innate nature to become investors, she also recognizes black women who take a different path or start from humble beginnings. Regardless of your background, Hamilton has plenty of advice for black women who are getting started as investors. Here, she shares her wisdom and success stories.

Hamilton didn’t skyrocket to her role as a successful venture capitalist overnight. It all started with a job a local pizzeria where Hamilton was quick to pay attention. While most patrons and co-workers talked down to her, she was quietly outsmarting them and learning the ropes of running a business. Hamilton knew that having a job to pay the rent was an essential part of life, but she also knew she wouldn’t be making pizza forever. She wanted to stand on the shoulders of giants.

Making pizzas wasn’t just about paying the rent– it was there that Hamilton learned some valuable lessons that shaped her as a successful investor. Through scout funding, raising funds for underrepresented founders, and becoming a founder herself, Hamilton has broken boundaries. She encourages other black female investors to follow in her footsteps.

What is a scout fund? Some prominent funds have billions under management, and they know they’re not going to see everything–and they don’t have the desire to build out a whole program for early-stage investing. What they’ll do instead is seed some operators with capital–maybe a million dollars, perhaps a half a million, or sometimes just on a case-by-case basis. And they’ll say go out and $50k at a time put some money behind some of your friends’ [startups].

Hamilton has learned countless lessons along the way, like learning to handle the ups and downs. These include breaking down barriers for black women in a white, male-dominated industry and learning to see past the people who talked down to her. As for the wins, Hamilton’s impressive portfolio and success as an investor are things that no one can take away from her. There are big wins and significant losses when you’re working as an investor, and Hamilton developed the thick skin to not take it personally and to roll with the fluctuations.

“I closed my eyes and said to myself, ‘Imagine five years from now Backstage Capital as you imagine it does not exist. Is that okay with you?’ And it was not okay with me. It did not sit well. That’s when I knew what I needed to do.”

She learned the value of transparency, of constant evolution, of how to have high standards for how to treat people, and to not let anyone change her other than herself.

Hamilton has always been passionate about challenging the norms and the abundance of white males in finance. When she began, African American woman investors existed, but in small numbers and on a quiet level. Today, it’s still important to her to bring as many people of color on board as investors and to broaden the horizons for traditionally marginalized groups.

Any black, female investor who is starting out should take a page from Hamilton’s success and listen to her valuable tips:

Before jumping in and expecting to raise 20 million, Hamilton advises new investors to start small and set realistic expectations. She stresses the importance of not letting anyone change you or influence you, other than yourself. You’ll know when the time is right. Hamilton advises women to collaborate with other angels and wait until they’re ready to tackle larger funding projects.

Hamilton’s patience is paying off. Just last week, she made headlines by leading Mahmee’s $3mm raise and bringing on Mark Cuban and Serena Williams as her co-investors.

“Don’t go into 15 meetings and in the first meeting and in the 15th meeting you’re the exact same person. Go and learn from every couple of meetings, and [allow those experiences] to chisel you into an evolved version of you.”

From listening to others talk down to her at the pizza shop, to being a novice, black female investor, Hamilton has thrived with the quiet confidence in knowing when she’s right. Today, she believes that a strong foundation to back up investment projects can give other black investors that same level of confidence in themselves. From there, she urges other African American women investors to keep their momentum going and continue to expand their investment network as they go.

“Every time someone [invested], the moment they came in, I got their permission, would pop their picture on [my] deck, and send it to the person who I know would be interested.”

3. You Get Out What You Put In

As Hamilton states, if you give a tenth of an effort, you’ll get a tenth of the returns. Giving 100 percent is a riskier, bolder move that requires confidence, but when you fully invest, both financially and mentally, you have the potential to benefit in spades.

“I think angel investors are our greatest drivers of innovation over the next 10 years.”

4. Become Invested in the Founders

From her time as an underestimated, undervalued pizza shop employee up to today, Hamilton urges other black female investors to teach founders to be the best versions of themselves, rather than passing judgment. At the same time, she knows that each founder needs to make their own way and that she can’t save anyone – but she can provide them with the resources they need to prosper.

“Hundreds, if not more, founders are in this ecosystem, making moves left and right. If you were to put a [purple] dot on anyone who has been touched by Backstage in some way, you would see [purple] dots all over the ecosystem.”

Hamilton believes in the importance of goals. She set out to invest in 100 companies by the year 2020, and she’s already surpassed that milestone. She’s also made it her personal mission to place capital in the hands of people who are often overlooked, whether for gender, sexual identity, or race reasons. Each investor will have her own passions that can be shaped into investing goals. It’s these goals that will form a person’s identity as an investor.

“Ultimately, [my mission] is to just walk into rooms full of tech, venture folk, and investors in the future and see a different room from when I [first] walked in, and know that I had something to do with that.”

Hamilton has always been guided by her personal drive. As an investor, she’s a self-taught, fearless black woman who has trusted her instincts, put people first, and believed in herself. Today, she believes in other black women and the future of African American female investors.

Arlan Hamilton is the founder and managing partner of Backstage Capital, a seed investment fund that backs overachieving, underrepresented startup founders. On Second Thought is one of their portfolio companies.

This piece originally appeared on LinkedIn, and was published here with permission.