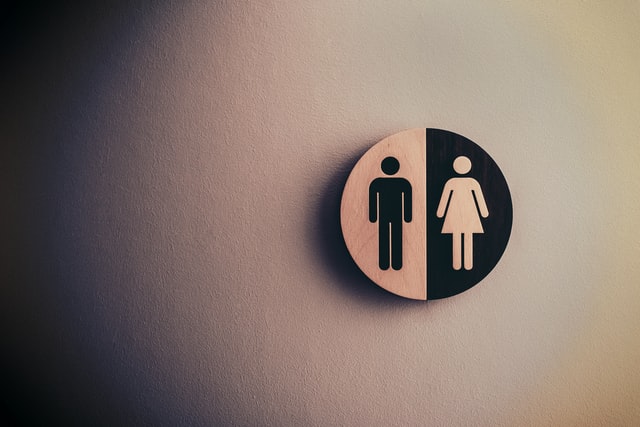 Photo by Tim Mossholder on Unsplash

Imagine you’re asked to take part in a study for a small cash prize. The requirements are simple: you’re given five minutes to solve a set of 20 anagrams.

After those five minutes, you’re asked to fill out a 10-item self-esteem questionnaire. Then you’re asked to estimate the number of anagrams you solved correctly as compared with others in the study. And finally, you’re asked to pay yourself the amount of money (from $0 to $2.50) you honestly think you deserve for your performance of the task.

A typical anagram in the study looks like this:

That one is straightforward enough, right? Unfortunately, what you don’t know is that most of the anagrams aren’t nearly as simple as the one above – 15 of the 20 in the set are extremely difficult. They look like something closer to this:

So after likely struggling mightily through the anagrams, the study invites you to ask yourself: “How did I do?” What the researchers found is that how you estimate your performance and what you decide to pay yourself actually have a lot to do with your gender.

So we’re left wondering… How did the participants decide what to pay themselves, and was the criteria different for the women than for the men?

In the study, conducted by researchers Brett W. Pelham and John J. Hetts, participants solved an average of 3.24 anagrams, with women solving slightly more than men. In the self-assessment of performance, both men and women believed they performed worse than their peers. But here’s the catch: the women paid themselves just half of what the men did – an average of just under $1.00 for the women as compared to almost $2.00 for the men.

Pelham and Hetts found that the women’s self-pay was based on how they perceived their own performance. The better women felt they performed, the more they paid themselves. But perceived performance did not predict what the men paid themselves. Instead, it was their feelings of self-esteem that had the biggest impact; men who scored higher in self-esteem after taking the test paid themselves significantly more for their work. This finding has significant implications for how we think about gender equality in pay and advancement.

When I shared these results with one of my clients the CEO of a 150-employee technology startup in San Francisco, he stared at me in disbelief. How could these women pay themselves so differently from the men? And what can he, a CEO committed to creating gender equity in his company, actually do in light of this finding?

Self-pay is a measure of what people believe they deserve for their work–it’s what people feel entitled to. Viewed through this lens, the anagram study is essentially a lesson on entitlement’s impact on self-pay.

In our culture, entitlement has a negative connotation, but we haven’t always felt this way. In the 1960s, the word ‘entitlement’ became associated with government benefits such as Medicaid and food stamps, which effectively shifted our society’s sentiments, associations, and definitions of the concept. Prior to these programs, entitlement simply meant to have a rightful claim to a possession, privilege, designation or mode of treatment.

We at the Impostor Breakthrough support the notion of “healthy” entitlement. Studies like the one above demonstrate that women suffer from a depressed sense of entitlement as compared to men. Elevating entitlement to a “healthy” level for both genders could go far to improve gender equity in the workplace.

So how do we resolve this gender difference to ensure greater equity in the workplace?

There’s evidence to suggest that increased levels of transparency may play a role in resolving the entitlement gap. A recent study conducted by PayScale found that when people agree or strongly agree that their organization is transparent in how pay is determined, in most industries, the gender pay gap actually closes at all levels.

What this idea boils down to is rather simple: When men and women ask themselves, “What do I deserve?”, their answers are quite different from each other. Unless there’s transparency in the process, women far less frequently tell themselves they deserve a pay bump or a promotion.

According to an oft-cited Hewlett Packard internal report men apply for a job when they meet only 60% of the qualifications, but women apply only if they meet 100%. Men thus feel more entitled than women to pursue advancement or promotion, even when they feel less qualified.

Women’s depressed sense of entitlement is rooted in the idea that they base their entitlement to advancement on past performance, whereas men do not. But when it comes down to it, it’s impossible to feel qualified to meet a position’s requirements based on past performance, given that advancement itself requires new responsibilities. These feelings of entitlement to promotion help provide context for why we see so many men in positions of power.

Thus, to achieve gender equity in promotion and advancement, we should look at ways to elevate women to “healthy” levels of entitlement, similar to those of their male peers.

But how do we achieve this? The same concept of transparency used to close the gender pay gap could also be applied to closing the advancement gap.

Transparency in this case might call for opening a dialogue between men and women to help women understand how men assess their readiness for promotion and advancement. We might also call on men to advocate for and reach out to high-performing female colleagues when they perceive them to be ready to step up in their careers. When men tell other people a woman is ready for advancement, they send a strong signal to their female colleague that she is ready to move up, even if she doesn’t feel entitled to promotion.

I have personally benefited from several instances of these very ideas in my own professional life. When I look back at my career, I advanced most when my male colleagues advocated for me, especially when I didn’t feel qualified. By offering me their explicit support, these men helped give me permission to learn on the job and ditch the notion that I had to meet 100% of qualifications before taking on more responsibility.

It was like I borrowed their entitlement—and it worked. I leveraged this transparency on my way to breaking through the advancement gap, and I believe that my experience can be replicated many times over for women around the world.

When we open the dialogue, increase transparency, and destigmatize the concept of healthy entitlement, we invite everyone to participate in the process of helping women change the criteria by which they judge their own deservedness. In this way, we can elevate women to a healthy sense of entitlement and thereby level the playing field.

Kate Purmal is a Corporate Board Director, Business Advisor and Executive Coach, Author and Senior Fellow at Georgetown University.

Joshua Isaac Smith is a Technology Executive, Entrepreneur, Executive Coach, Business Advisor and Certified Therapist. He is an expert in trauma therapy.

Lee Epting is a Technology Executive, Board Advisor and Executive Coach has delivered numerous market-winning technology products for the largest telecommunications & technology companies in the world.

To learn more about our programs to break through the Impostor Syndrome for organizations and leaders go to www.impostorbreakthrough.com.

This piece originally appeared on LinkedIn, and was published here with permission.