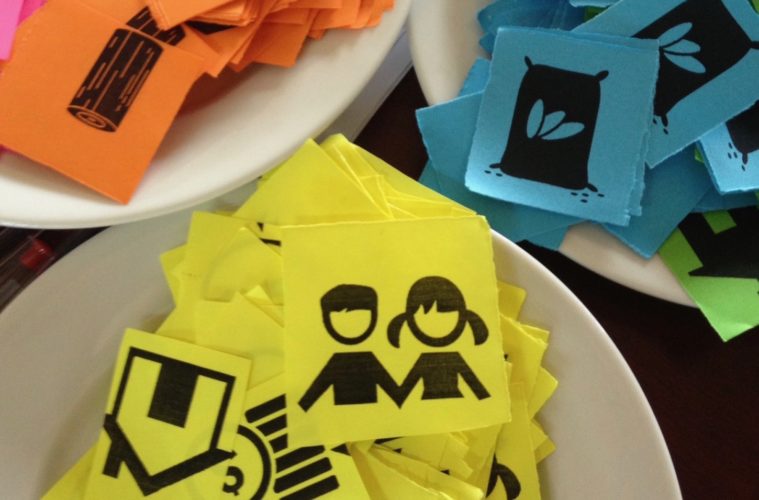 Michael Kimmel, professor of sociology at Stoney Brook University in New York and globally recognized expert on engaging men and boys for gender equality, was part of a training I gave a few months ago. He was not there in person, but I used a quote and picture of him to illustrate how power and privilege are at the root of all identity-based violence, including sexual harassment. His quote, “privilege is invisible to those who have it,” is painfully true as he has become one of the latest public figures to be accused of harassment, sexism, and misogyny in the age of #MeToo and #AidToo.

Around the same time that I conducted that training, I was invited to a talk Kimmel gave at an agency in Washington, D.C., about why gender equality is a win-win for everyone. His presentation was reminiscent of his 2015 TEDtalk; he walked confidently around the stage as he spoke in front of a large crowd of people across the gender spectrum, telling jokes and offering tweetable, witty statements about gender equality such as “without confronting men’s sense of entitlements, we can’t achieve gender equality.”

I cannot remember all the cases Kimmel made for gender equality, but I do remember that he presented them using comedic public speaking techniques, building up each one after the other as if he was approaching a punchline. And he was. I cannot remember the exact words, but essentially his punchline was this:

“If none of the other business cases don’t convince you to support gender equality, consider the fact that husbands and wives who share housework and childcare have more sex than couples who don’t.”

While his statement is backed by research, his emphasis on this point as being the ultimate case for men to support gender equality played into heteronormative, gender stereotypes about men as sex-crazed creatures juxtaposed against women’s laughable disinterest in sex. It reflected society’s tendency to remove women of their sexual agency by placing the source of any presumed disinterest in sex with housework and childrearing instead of sexuality or pleasure.

I remember being surprised that he essentially joked about sex at a workplace event. In the midst of #MeToo and #AidToo movements, organizations are hastily training employees in how not to harass their colleagues and sexual jokes is an obvious example of what not to do. I also remember most of the people in the room were laughing, indicating they were enjoying his talk.

I was a guest in the space and it was not my workplace. I felt lucky to be there and listen to someone whose work I admired. I observed how much everyone seemed to enjoy his talk and so I told others that I did too. I told myself that surely, he had systems of accountability in place, such as advisors of various genders who give him honest feedback on his presentations and interpretations of research.

I wonder how many people were uncomfortable like I was but also remained quiet about it. Self-doubt and the fear of retaliation — in this case, being told I did not appreciate humor — is a powerful enabler of harassment and injustice. Kimmel’s power and privilege as an internationally recognized scholar and speaker enabled him to tell a joke that could get other people fired and kept me from speaking up. This was not visible to me at the time, though I certainly felt it and responded to those feelings.

Editor’s Note: In 2012, Women 2.0 featured a piece about male allyship – A Few Good Men Wanted to Talk About Workplace Diversity – that highlighted the work that Michael Kimmel had been doing on behalf of women and girls.

What this means for engaging men in gender equality

I told myself that surely, he had systems of accountability in place…

In light of the claims of sexual harassment and sexism, Kimmel resigned from the board of Promundo, a leading international organization working to engage men and boys in gender justice. A simple Google search shows how the international philanthropy and development sector is ripe with discussion about “engaging men” to advance gender equality, which has become more popular in recent years in part due to the #HeforShe campaign.

These initiatives are all important. But the claims against Michael Kimmel highlight two important things that are missing in the way the sector talks about engaging men and boys in gender equality, and for the social inclusion space at large.

1) We must make the space and provide resources for women, girls, and non-binary experts to lead this work.

Kimmel’s comedic, tactically performed talk paired with the accusations of harassment and sexism is indicative of performative allyship, where one publicly advocates for social justice principles, and often profits off of it, but does not behave according to those principles in their day-to-day life. Performative allyship is not uncommon in the gender equality space, and it is therefore no surprise that many women are suspicious of men who self-identify as leaders for gender equality.

We need to be wary of performative allyship in the philanthropy and development sectors. We must be amplifying the voices of women, girls, and non-binary people — especially those in the countries where international development is working — and learning from them about how to engage men and boys.

This does not mean that men and boys cannot contribute, but there is much to learn from the work women, girls, and non-binary folks are doing every day to shift gender norms and advocate for their rights. As Srilatha Batliwala of the Association for Women’s Rights in Development pointed out in 2014, grassroots women’s organizations have always worked with men and boys:

“… in the South Asian context that I know best, most organizations that work to empower women and tackle gender inequality in communities — whether rural or urban; poor, working class, or middle class — have ALWAYS had to work with men and boys, in one way or another. Indeed, one could not mobilize or build women’s collective power while ignoring the men in those women’s lives… we didn’t see it as a distinct strategic component, but an organic part of our organizing.” – Srilatha Batliwala

Global north institutions must be careful not to appropriate what they learn from those most directly affected, but instead make the space and provide the resources to amplify their voices and statuses as leaders in the sector. Philanthropic organizations are great at talking about how they empower women and girls, but few are able or willing to disclose the proportion of money they distribute to women-led institutions in the global south, not to mention institutions led by people with non-binary gender identities.

2) To successfully engage men in gender equality work, we must talk about accountability.

We can’t talk about engaging men and boys without talking about power and accountability. I agree that gender equality is not a zero-sum game; it will benefit everyone.

However, inequality is ultimately about an imbalance of power. Therefore, to get to gender equality, men — and to some extent, boys — will have to surrender some of the power and privilege that comes with being male.

We need systems of accountability, such as those put forth by the Athena Network and the MenEngage Alliance, to ensure that that this is actually happening. Without accountability, self-identified allies like Michael Kimmel are able to thrive, reproducing unjust power structures, perpetuating gender stereotypes, and causing harm to the women, girls, and gender non-conforming folks they are intending to help.

Humanitarian aid and development organizations rarely take accountability seriously. Over 120 CEOs of leading international humanitarian and development organizations signed a pledge on preventing sexual abuse, harassment, and exploitation. Most of these CEOs are white people and male. Yet there is only one mention of accountability, and it is only with regards to specific incidents of sexual abuse. The pledge, which was organized by the network InterAction, does not say anything about how they will be held accountable to these commitments.

These lessons apply to all forms of power and privilege

We can’t talk about engaging men and boys without talking about power and accountability.

The lack of accountability systems and practices of making space for underrepresented groups is not limited to male engagement in gender equality spaces. It also applies to other inequalities: racial, global, gender identity, sexual orientation, ability, and so on.

It is too easy for women like me — white women from countries in the global north — to criticize men like Michael Kimmel but ignore our own responsibility to make spaces for women of color, women from the global south, people with disabilities, transgender people, and people of other marginalized groups, to drive philanthropy and development. As much as women deserve ways to hold male allies of gender equality accountable, we also have the responsibility to hold ourselves accountable in the fight for social justice and inclusion.

In fact, these lessons apply to anyone in a position of power. As Tarana Burke, who founded the #MeToo movement, said in response to men who have come forward with stories of harassment by women in powerful positions:

“It will continue to be jarring when we hear the names of some of our [favorite people] connected to sexual violence unless we shift from talking about individuals and begin to talk about power. Sexual violence is about power and privilege. That doesn’t change if the perpetrator is your favorite actress, activist or professor of any gender. And we won’t shift the culture unless we get serious about shifting these false narratives.” – Tarana Burke

I cannot speak to the allegations against Kimmel and how he could repair the harm experienced by those individuals. However, when it comes to the speaking engagement I witnessed, here are a few steps he could have taken that may have enabled it to turn out differently:

Thank you to Charrose King and Krista Bywater for their review and feedback on this story. Learn more about Lindsey’s work at www.cynaradevelopment.com. Connect with her on Twitter   @LindseyJonesR.