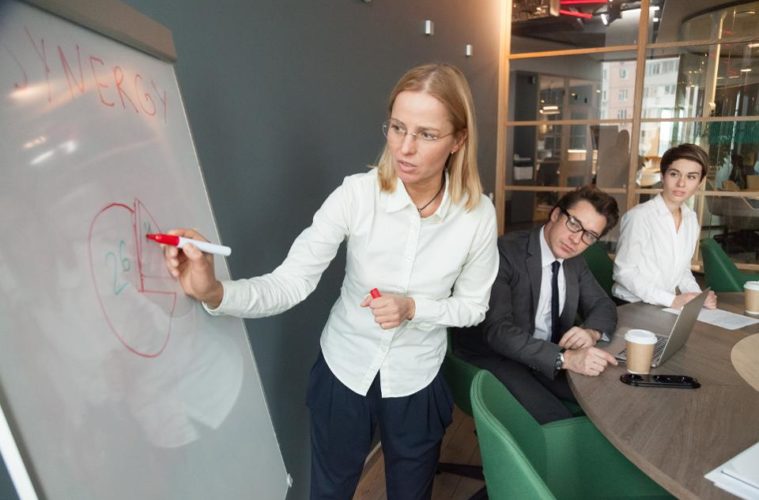 Are Women Penalized for Being Team Players?

A recent study found that women, more than men, tend to take on tasks that support collaborative efforts in the workplace, sometimes to the detriment of their ability to produce results more quickly on individual tasks. This is only the most recent of many studies showing gender-based behavioral differences in the workplace: for instance, women tend to apply for positions or projects for which they are fully qualified, while men are more likely to take on jobs for which they are not fully qualified; and men are more likely to interrupt conversations.

The fact that gender differences exist, in itself, is not always a problem. But problems arise when individuals are treated differently as a result of these behavioral differences. We think of these as structural biases: workplace policies and regulations that favor one type of behavior over another. Structural biases can be damaging to individuals and to the company as a whole, and they can be hard to notice or fix, because they are not necessarily associated with the biased behavior of any single individual.

For example, managers who give more challenging projects to employees that are more vocal about asking for them, or managers who schedule team meetings early in the morning, may be inadvertently favoring men.

Some of these structural biases are relatively easy to spot and to correct: for the two examples above, managers can be trained to be more systematic in how they allocate projects, and they can move team meetings to a time that is less likely to conflict with parental obligations.

However, the behavioral differences described in this recent study represent a different kind of bias, one that is more difficult to see, and yet pervasive and potentially damaging. Specifically, the authors point out that because the women in their study are spending more time on collaborative tasks than men, they are “less likely to carve out time during the workday to focus on their top priorities” and “this can have negative consequences on their careers because they risk appearing scattered, late, and unprepared.” The authors point out that the women’s broader contributions often go unnoticed, and they will have less time for “focused work.”

If you are a woman, you probably have experienced the situation of doing (or being asked to do) tasks that support others, even though they did not benefit you directly. And you have also probably experienced managers who questioned the value or volume of your individual contributions, without acknowledging the value of your collaborative activities.

It is not difficult to see that, even with a small team, the benefits of any activity that increases team efficiency can far outweigh the benefits of team members who focus only on their own tasks. After all, most managers are reviewed not just on their individual contributions, but on the performance of their team. But then, why shouldn’t individual team members, likewise, be rewarded for activities that support the entire team? When you know that someone on your team is willing and able to do collaborative tasks, that person should be encouraged to take on those collaborative tasks, and should be given the opportunity to learn and grow in a way that leverages and hones their managerial strengths.

The study also cites evidence that women are more likely to believe that helping colleagues succeed is part of being a good team player, while men are more likely to believe that being a good team player requires focusing on your own tasks. This and other related findings suggest that women are naturally more inclined to be managers than men. Then why is it that managerial ranks in most industries are dominated by men?

I believe there are two key reasons for this. First, because historically most corporate leaders have been men, performance metrics have been designed by men, and they often reflect gender biases about what constitutes good performance. Notions such as “face time,” charisma, competitiveness and a focus on individual contributions are examples of pervasive performance criteria that generally favor men.

Second, companies do not know how to attach value to “indirect” contributions such as collaborative tasks that benefit multiple individuals. It is much easier to define and measure specific individual contributions, than to estimate the overall positive impact of tasks that support a whole team. However, it is critically important to realize that this is a shortcoming of our corporate policies and management tools, not of the women whose careers may suffer because of our inability to quantify the impact of their actions.

Together, these two factors create a vicious cycle: men set rules that implicitly make it more difficult for women to advance to managerial positions; this sustains the dominance of men in leadership positions, which perpetuates the biases.

If you are a manager, ask yourself whether any of the processes and policies in your company may reflect hidden biases that favor men.

If you are a manager or leader, regardless of your gender, think carefully about all the processes and policies in your company, and ask yourself whether any of them may reflect hidden biases that favor men. And if you happen to be a man, I strongly recommend that you ask women around you for their opinion and advice to ensure that you identify and remove these harmful gender biases.

To learn more about Paolo’s work on diversity & inclusion visit Aleria and QSDI.