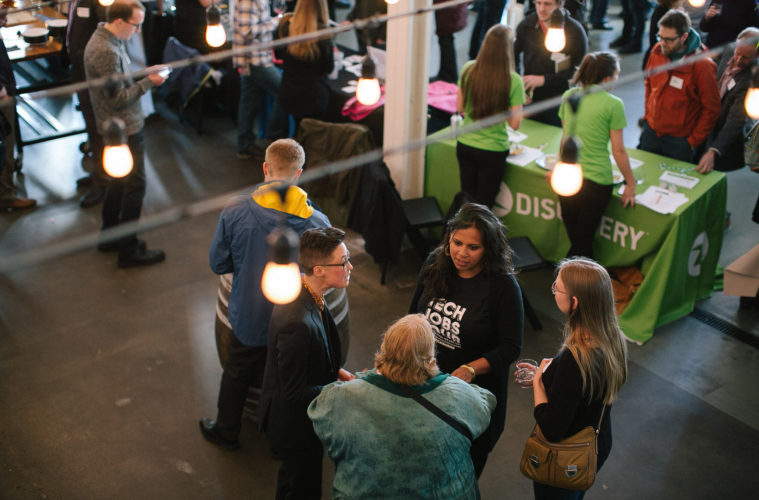 In my twenties and most of my thirties, I was the employee you wanted on your team. I was highly ambitious, worked insane hours and prioritized nothing above my job. When I learned I was pregnant, I was certain I would return to my job – as VP of global marketing at SuccessFactors – after a brief maternity leave. Yet four months later, I was still at home cuddling my precious daughter, knowing there was no way I could go back to the near constant international travel and 70-hour weeks and be the kind of mom I wanted to be.

But I still wanted to work. For me, being a woman had never held me back in my career, but being a mom felt like a different story. I looked around at positions where I could work normal hours, yet not compromise with a more junior role, and found literally nothing. Then I sought the advice of a former mentor and colleague, Dave Yarnold, who had just joined a ten-person startup, ServiceMax, as CEO. He needed executive marketing help but didn’t have the funding yet to pay a full-time wage. It was a match made in heaven. He offered me a part-time job, allowing me to transition slowly back to work with the goal of shifting to a full-time VP role later on. Offer accepted.

They were senior-level high performers who did phenomenal work, yet also got solid time at home with their children. Everyone wins.

I spent the next eight months in bliss—working 20-hour weeks in a strategic role for a dynamic and growing company, and the rest of the time focused on family. I got a lot done in little time by focusing on the important deliverables, staying on task and saying no to anything that wouldn’t have a big impact. And ServiceMax grew fast.

Once my sweet girl turned one, I became a full-time VP again, but with a new outlook: I rarely arrived before 9 a.m. and was typically out the door before 4 p.m. Though I regularly put in night and weekend hours, it was not at the expense of my time with my family, and no one at work ever questioned my output or work ethic.

Three years later (and pregnant again), I had built a team full of moms like myself who were all in my same situation. Out of 12 reports at the time, I had five moms with kids under five, and I guarantee you the work got done. Instead of one full-time generalist, I hired two experts who worked fewer hours. They were senior-level high performers who did phenomenal work, yet also got solid time at home with their children. Everyone wins. And if there’s any doubt that ServiceMax was winning, in 2017 they were acquired by GE for $1b.

Now I’m the CEO of Zinc, and I’ve embraced the chance to hire talented people (both moms and dads!) seeking flexibility in their days. In fact, one of our stated Values is “Our families like that we work here as much as we do.”  Why don’t more companies do this? There are so many phenomenal women who have much to contribute but have trouble finding organizations willing to hire and pay in a flexible manner. Everyone loses. Here are few pointers for CEOs and other leaders who haven’t yet caught on:

Moms are wired to kick ass.

Despite what you think, the term “working mom” is not a dichotomy. Think about the majority of moms you know. They’re organized, they multi-task, and have zero time to screw around. And because they’re in a parenting frame of mind, they also tend to have a heightened focus on nurturing their teams, and “doing the right thing.” Isn’t that the kind of leader you want on your team?

A half-time mom can outshine a FT hire.

Recently, my company needed expertise in two different functions, but I only had one open headcount. We now have part-time moms doing each job for the cost of one full-time employee, and I get great performance in both areas. As their kids grow, they may want to get back to working full time, and I get a proven high performer with no headhunting or training required.

Don’t be afraid to foster a culture in your company that promotes flexibility and life-work balance. You’ll have elated employees who work harder and smarter. Moms know better than anyone how to squeeze twice the output into half the time. And the loyalty and commitment your employees will have in return is invaluable. On Equal Pay Day, vow to hire more moms, and while you’re at it, pay them right!