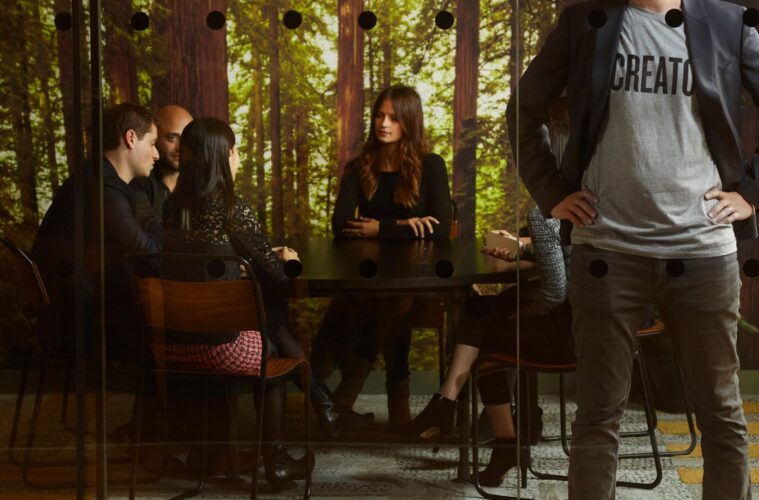 Hubris, Power and Equity in Silicon Valley: The Cult of We

Editor’s note: Our review team was able to dive into newly-released The Cult of We: WeWork, Adam Neumann, and the Great Startup Delusion, a deep-dive into the rise and dramatic, $40B fall of a darling startup, set against the backdrop of the financial system and industry culture that provided the platform for it all to happen.

Rashmi Nijigal, General Counsel at Paradigm, is no stranger to the world of deal-making and company-growing. Her read of the book highlights not only the worst of the worst, but the inequalities baked into the system, as she suggests in the below book review.

You can find an excerpt of The Cult of We here, a good addition to read alongside the insights below.

The hubris of these characters, which would be sad even if they were fictional, is just astonishing.

A recent book that grabbed the headlines, and my attention, was Bad Blood by John Carreyrou. In reading The Cult of We, it is impossible not to draw parallels between the boundless ambition of both Adam Neumann and Elizabeth Holmes. Yet, Holmes is currently on trial while Neumann is plotting his comeback and still retains an incredible amount of wealth. Neumann’s greed and insatiable need for recognition and accolades weren’t enough to garner federal charges, but it makes me question a system that will, rightfully, punish Holmes while ignoring the likes of Neumann.

By detailing Neumann’s obsession with wealth, power and fame, The Cult of We illustrates how WeWork was really built on nothing more than that greedy trifecta. It’s an excellent book and the stream of stories capturing Neumann’s insatiable ambition makes it difficult to put down.

However, the most compelling aspect of the book for me is its unspoken commentary on the vastly disparate ways in which men and women are seen not only by the world, but the different ways in which they are taught to see themselves.

For years I have immersed myself in articles, books and podcasts that dive into the complexities of imposter syndrome. This book made me sit up and marvel at the breezy easiness of Neumann, who must not have felt like an imposter in the cutthroat world of venture capital. Or perhaps he drank all that tequila to quiet his inner imposter. Regardless, I finished the book really feeling envious of the (tall, attractive, young) white males in this world. And frustrated not simply by the fact that Neumann was able to get away from the debacle that he engineered without suffering any real consequences, but my being forced to accept that meritocracy truly is a myth.

These realizations have also come to me as I have been involved in M&A transactions in my in-house legal career. As the business decides that it in fact wants to buy what the seller has to sell, there is palpable pressure to get the deal done even before a thorough risk analysis is done. Yes, there will always be some level of risk in these transactions and we as a culture idolize these men who challenge the naysayers and take extraordinary amounts of risk. We would like to think of the Enrons, the WorldComs, the WeWorks as anomalies but they are not.

The failure to thoroughly vet and to have true checks and balances brings me back to Elizabeth Holmes. Between the stories of SoftBank’s and JPMorgan’s leaders, not to mention many other investors, pushing to work with WeWork, the failure of WeWork rests on many reputable people’s (mostly men’s) shoulders. Aside from Neumann – an extremely talented con artist – other WeWork investors and leaders should’ve known that there was no there there. Yet we aren’t seeing Neumann being served with a complaint filled with federal charges of fraud and conspiracy to commit fraud.

Meanwhile, Holmes is on trial. And while there is no doubt in my mind that she deserves to be convicted for playing with patients’ lives, the question is why Neumann isn’t on trial for defrauding investors? The argument that Holmes’ deception harmed patients, while grave and unconscionable, is not entirely the point. The point also is that both Neumann and Holmes knew that the businesses they founded were not resting on the kind of firm foundations needed to support their wildly ambitious claims, and yet they made them anyway. Holmes’ arrogance and deceit has had the downstream effect of impeding fundraising efforts of female founders since Holmes’ indictment, while there is scant evidence that the same is happening to their male counterparts.

The Cult of We should not only make us deeply question the capitalist foundation, and the “move fast and break things” Zuckerberg mentality our system and society prizes, but also the lack of equity when the system decides to police itself.