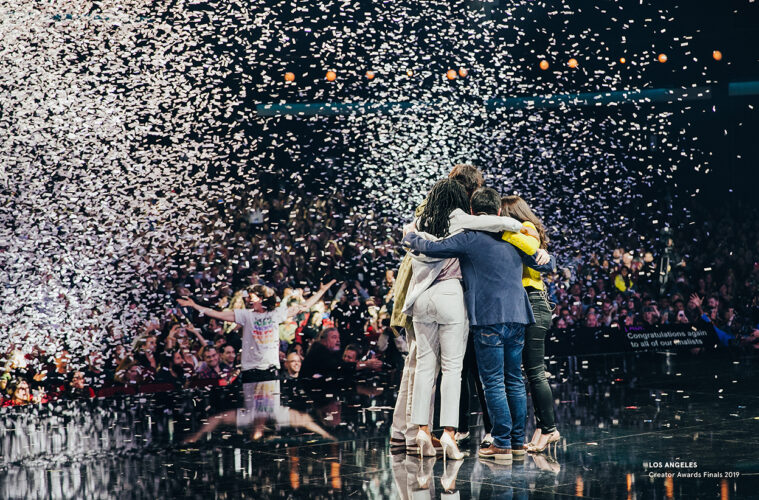 The Cult of We and the Ultimate Case of Destruction

As reporters covering WeWork for WSJ, Maureen Farrell and Eliot Brown came to see the company’s high-altitude tailspin in the fall of 2019 as one of the most momentous events in business they’ve ever witnessed. It was an “emperor’s new clothes” moment, one where $40 billion of paper value vaporized, and the country’s most-valuable and most-hyped startup turned into a distressed real estate asset.

In their new book, The Cult of We, they showcase details and stories they encountered, some that might seem to defy belief even in a work of fiction. Much of the reporting on WeWork tended to be hyper-focused on Adam Neumann and his excesses. But what was the culture like around Adam that gave rise to his founder-centric startup world?

This book dives deep on some of the existing, often toxic and destructive trends that have been left largely unchecked in Silicon Valley for decades, and hopefully provides the industry with meaningful lessons learned on its eventual pathway to become a more healthy environment.

Below is an excerpt from the book.

Ruby Anaya had been at WeWork for four years by late 2018. The California- raised Anaya had started in WeWork’s software team, working on its app, before moving to the company’s culture department, where she reported to Miguel McKelvey. The department’s job was to infuse the “We” spirit into out posts through-out the world.

McKelvey wasn’t enamored of Anaya as an employee. She scored low in performance reviews, and in the midst of Neumann’s push for stepping up firings in the summer of 2018, McKelvey made the call: Anaya had to go.

After she was fired, she consulted a lawyer, and in October 2018 she filed a lawsuit alleging, among other complaints, that she had been groped at company events by WeWork employees. According to Anaya’s lawsuit, a drunk co- worker at the company’s Global Summit grabbed her and forcibly kissed her, before she slapped him. HR investigated, though didn’t find enough witnesses or evidence to proceed, she alleged. Her lawsuit painted a picture of WeWork culture in which alcohol flowed so freely at events it was setting the stage for inappropriate and unwelcome behavior. (In subsequent legal filings, Anaya denied that complaints were raised about her performance and said she hadn’t been given the opportunity to address concerns with a performance improvement plan.)

Typically, at this point, companies offer up somewhat safe responses, issuing statements expressing a strong commitment to a workplace free from sexual harassment and broadly denying wrong-doing. WeWork’s PR department had even drafted such a response in advance of the filing.

But when Neumann found out about the lawsuit, he was livid. He gathered McKelvey and others, including Jen Skyler, the head of communications. Neumann told Skyler the company would issue a statement attacking Anaya. Further, he said, Skyler should leak images to the media that portrayed Anaya in a bad light. WeWork had collected a number of photos from social media and elsewhere that showed her partying.

Skyler was aghast. As with many senior staff, others rarely saw her push back against Neumann. But this time she was insistent. She would not leak to the press photos of her former colleague for suing over sexual harassment, and WeWork should not attack Anaya publicly, she told Neumann.

Shouting ensued, and while Skyler won part of the battle— she didn’t leak photos— Neumann directed McKelvey to send a letter to staff attacking Anaya. McKelvey would email the whole company that “Ruby frequently neglected assignments, skipped meetings and didn’t show up for her team or for the company.

Email alerts flashed on the phones of WeWorkers everywhere, and employees were horrified as they read the note. Many employees saw McKelvey as friendly, optimistic, and approachable, qualities that gave them hope in WeWork’s mission. Now, after one of his employees was alleging sexual harassment, he was publicly denigrating her?

Later, numerous staff would look back on the incident as the moment when they grew skeptical of WeWork’s making- the- world- a- better- place rhetoric. Slack channels lit up with criticism, while employees whispered to one another how similar incidents were commonplace. Finally, people were talking about some of the hypocrisy they were seeing, many women at the company said at the time.

In the aftermath of the Anaya suit, some members of senior management sought to make changes to allay the staff’s concerns. They revamped HR and started receiving and investigating far more claims with allegations of incidents similar to those experienced by Anaya. The company sought to examine compensation and improve any gender pay gaps.
Still, few saw wholesale change. A lawsuit brought in the spring of 2019 would reveal that fifty- eight executives were given new compensation packages worth more than $1 million. Just three were women.

It wasn’t just compensation. The board was all male. Nearly every top executive at the company was a man, and executive activities that involved being around Neumann tended to appeal to men, too. Surfing. Sitting in a sauna or an ice bath with him.

It went back years. Early on, he asked multiple potential female hires if they were planning to become pregnant— something barred by employment law. Many former employees say he called maternity leave “vacation.”

“I hope you’re going to have fun on your vacation while we’re here working,” he told Medina Bardhi, Neumann’s longtime chief of staff, according to an employment complaint she filed. She alleged she was given a lesser job upon returning after maternity leave, unable to keep her old position.

Neumann didn’t appear to be all that concerned with the internal strife and HR challenges at WeWork. They were side issues. Above all, by late 2018, what mattered and what gave him satisfaction was that his We world was falling into place.

His company’s logo adorned buildings in most every major city center in the world. It was the biggest private tenant in New York and London, and his clients included most any major company of significance— Facebook, Amazon, GE, Bank of America. Rebekah Neumann’s vision for education had become WeWork’s, and together the couple planned to reshape schooling for children everywhere. As staff raced to complete the forthcoming deal with Masayoshi Son, WeWork was on track to change the world, just as Neumann had been promising for years.

In the fall of 2018, he spoke to the board of the Presidio, a former army base in San Francisco where he was trying to win the rights to build a WeWork campus. “My personal mission— and Miguel’s and my wife that’s sitting there— is to make this world a better place.”

WeWork, he told them, was truly mission-driven.