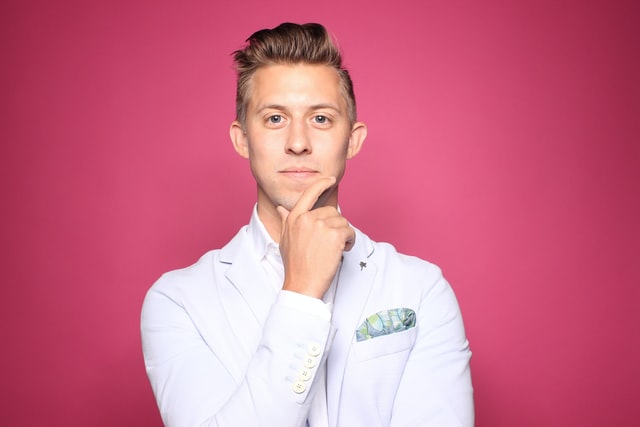 Photo by Austin Distel on Unsplash

The Day James Made an Introduction

When I was a kid, I remember reading a book of short stories called Free To Be… A Family. One of those stories, The Day Dad Made Toast, told the tale of a family celebrating a father who decided to go all-out and make cinnamon toast on the weekend, to help pitch in. Meanwhile his wife was making repairs, cleaning the house and doing yard work with a smile on her face.

While this parody is often still playing out on the homefront three decades later, there is an analogous dynamic unfolding in the workplace as well. People in positions of power in corporate America – which, more often than not, are white men – are increasingly congratulating themselves for doing the bare minimum when it comes to gender equity.

Let’s take a hypothetical CEO, James (not an unlikely name, as there are more CEOs named James than there are women CEOs). James is not a bad guy. He has a wife and two daughters, so clearly he must have respect for women. Three of his nine direct reports are women too. Yes, they’re all heterosexual, cis-gendered, able-bodied white women. And yes, they all have much more experience than their male counterparts. But they’re not paid less than those counterparts – James made sure of it.

James is never disrespectful. He’s a very busy person – after all, he has a company to run – so he does exhibit some traits of white dominant culture. These include a sense of urgency, a fear of conflict, perfectionism and a strong belief in meritocracy. But his intentions are good, and clearly these personality traits are working out alright. The last 8 quarters’ profits are proof.

Under James’ leadership, the company has hired, retained and promoted a record number of women and people of color. Yes, these numbers are well below the demographics of the US population, but they are a couple of percentage points higher than industry standards. He’s even approved headcount for a Chief Diversity Officer to ensure that these “diverse” employees have the best experience possible.

One such employee, Anna, reaches out to James for a 15-minute chat. Anna is a senior manager at James’ company. She has been working there for five years, and has gotten nothing but exemplary performance reviews the entire time. She even cut her recent family vacation short in order to come back and deal with a production emergency, further proving her dedication and work ethic.

Anna tells James that she is interested in joining the board of a local nonprofit, and she noticed that he was connected to the chair of the board. She wonders if he would mind making an introduction. She has already prepared the intro email for him to send, and done her research about what they are looking for. James is happy to help – he asks his assistant to forward Anna’s email that afternoon.

James made an introduction for Anna!

When Anna meets with the chair of the board, he is incredibly impressed with her experience and passion. She ends up getting a board seat, and that board chair ends up being a lifelong mentor of hers. James hears about this outcome over a round of golf, and feels incredibly proud of himself. He made that happen.

The nonprofit board does take dedication and balance on Anna’s part – she has to make time for that in addition to her duties as a mother, her day job and her hobbies. But she finds it fulfilling and she gains a lot of valuable leadership skills. In fact, she even gets offered a director-level role at a new company from a connection she makes there, which she excitedly takes.

Even though James is disappointed to lose her, he can’t help but feel proud that this was all due to the selfless introduction he made. He mentions how honored he is to have played a role in her ongoing success when he announces her departure to the team.

Anna has a lot of mentors, sponsors and advocates throughout her career, of all genders. Without asking for recognition or praise, these people help her navigate challenges, open doors and provide shoulders to cry on. With the support of her community, and through tireless determination, Anna grows into higher levels of leadership and success.

One day, James reads about Anna receiving a Women in Leadership award. This absolutely makes his day. If he hadn’t made that introduction years ago, who knows where she would be now? He jumps on LinkedIn and writes a post about how honored he is to have facilitated this success for Anna. “I am so proud of Anna for getting to where she is with my help,” he proclaims, and basks in the likes that roll in from his peers. Maybe he’ll inspire them to make a similar introduction someday.

That weekend, James goes home to his family and makes them the best cinnamon toast they’ve ever had. Because that’s just the kind of guy he is.