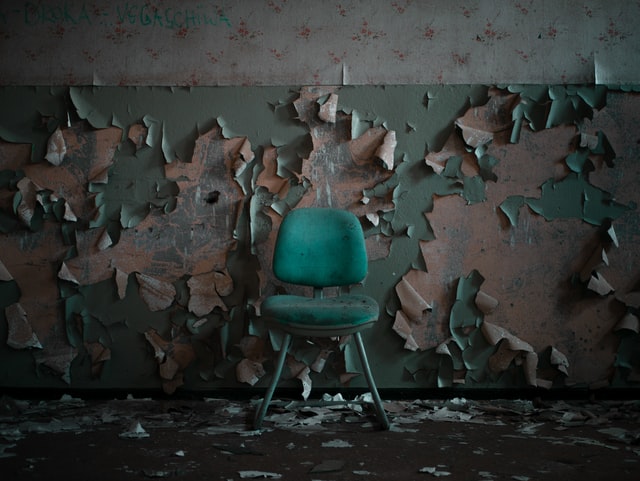 Photo by Julius Drost on Unsplash

The Most Destructive Advice for Female Founders

After I sold my company, I worked with founders at Y Combinator, the best early stage startup accelerator in the world. When I started, they admitted 150 companies per batch, and now they’ve scaled to four hundred or more at once. YC was only able to do this because they worked hard at standardizing advice for startups.

But there’s a dark side to creating a standard.

If you don’t fit the standard, but you follow the advice, it can be incredibly dangerous. Even destructive. My friend, who is 5’ 0, is married to someone who is 6’ 1, and she needs to have special modifications in her minivan or else she could get in an accident.

If you don’t fit the default, modifications to the default need to be made. If not, you could die.

Here are the top five common pieces of advice given to female founders that can be harmful if followed.

1. Treat your maternity leave as a time to disengage with the company

When I had my first kid the company was about 80 people. By the time I came back 4 months later, the company had 150 employees and expanded to another office.

During my first maternity leave I had a plan in place but was treated with “kid gloves”. I was the only woman on the co-founding team and the first to get married and have a kid. My team was in transition and my game was being shut down. From the execs point of view, they wanted me to really *enjoy* my maternity leave, and not have to worry about anything else but motherhood. But because all the execs were men, and all the other co-founders were single at this time, they wanted to give me as much “space” as possible.

Maybe it was too much space.

During maternity leave I fought hard to make sure I was not forgotten while I was out. I sent extra IMs to leaders or people of influence in the organization and tried hard to connect with my co-founders while I was out. I remember running to catch the train just in time for the Christmas party, only to arrive to be a stranger at the company I had built. There were so many new faces, and no one had heard of me. I was worried about being cut out. And to some degree, I was. I returned in an entirely new role and I had to re-introduce myself. I know this problem conflated with the fact I was not in a clear role when I left.

2. Treat your maternity leave as a time to delay hard decisions

The second time I left for maternity leave, the company had almost 1,000 employees. I had assumed a clear role of Chief People Officer with a team of 25 and knew some tough changes needed to be made. To make matters worse, I had assumed this role 3 months before my leave while I was in China, and our headquarter was in San Francisco.

I was advised to delay these decisions because I’d be gone for maternity leave, and the team already had gone through so many changes.  I wish I had ignored everyone because the original plan to stay on maternity leave for 3 months was reduced to 6 weeks. And at two weeks old, I was bringing my baby in and changing her diaper furtively in a 1×1 with my boss.

I was also very glad to not listen to the insistence of one of our Legal Counsel to turn off my access to email. I was horrified and shocked that I had to fight to access my email while I was out on maternity leave to avoid the concern of worker’s comp issues. She further claimed I was not a “real” executive since I had assumed HR while I was Chief of Staff. The advice was mis-guided and ill-intentioned. It felt like she was using this opportunity to try and remove me from the leadership team. I was grateful not to listen to her because she did not have my best interests at heart, she was disrespectful, and she had never been on maternity leave.

When it comes to maternity leave,  don’t listen to advice from  men or women who have not gone through maternity leave. Be cautious of people who are going to take advantage of your time away. Above all else, make a plan, just have as much control over what goes into that plan. Here is a great maternity leave plan written by Alex Cavoulacos, co-founder of The Muse, a career site for millennials.

In general, solo founders are less successful, but it could be because they aren’t funded.

Yes the road of building a company is long so it’s best to have company. For a myriad of reasons, if a woman does start a company, finding a co-founder is usually the top of their problems. They could find another woman in their friend circle, but the likelihood of them being a computer science major is statistically less, given women only make up 18% of students studying computer science. ¹

What gets dangerous is when female founders follow the advice and get a co-founder because it’s a blocker to getting funded. This feels like what marriage was a long time ago – marriage of economic means. We know that when unnecessary legal and economic hurdles are placed in front of people , innovation reduces. Since 1972, women owned businesses have increased 31 times because before 1974 it was illegal for a women to access credit cards, auto loans and mortgages without a male co-signer. A woman couldn’t get a business loan without a male co-signer until 1988. Without these legal hurdles, nothing should stand in our way except the viewpoints of the investors, which have mostly been men. ²

I have seen female founders try to find a co-founder and lose so much more than just time. Some have lost finances or created permanent mental and emotional damage.

No matter what configuration, it isn’t enough.

4. Grow at all costs

Oftentimes women are seen as risk averse and that is viewed as “being slow”, when in reality there are several more things that women constantly are scenario planning for.

The old saying: “measure twice, cut once” works for men, but for women, it’s “measure twenty times”, cut once.

Simple tasks on where to park the car, packing extra feminine products, or what to wear to a meeting so I don’t get the “wrong” looks. And still after all this planning if something goes wrong — like rape — it’s still largely seen as the woman’s fault.

When it comes to growing your company, the founder puts themselves out there to talk to users. Sometimes it’s telling the whole world. But those simple actions can take a toll on women far more than they do on men. Just ask Tracy Chou when she was advised to grow by going onto Reddit:

I’m not saying not to grow. Startups equal growth. But perhaps, instead of growing at all costs, we should be focused on the ultimate goal versus the how, allowing room for some other ways to get there.

Maybe the advice should change to get momentum.

Yes, growth is required for momentum, but growing at all cost is not a requirement for momentum.

5. Don’t think about being a female founder

When we were at about 1000 people – the Dilbert cartoon stage of the company – we instituted 360 degree feedback for our leaders. For those that don’t know what 360 degree feedback is, it’s an exercise where feedback from your boss,  your peers and people you manage is collected about you. It’s supposed to give you a good view of how you are – just like those mirrors in fitting rooms with the gawd awful fluorescent lights.

Well my 360 degree feedback results were in, and a large percentage was about “my presence”, “how I dressed”, “how I walked”, and “how I carried myself”.

Comments were painful to hear, like being flashed with those fluorescent lights.

And let me remind everyone that I built a gaming company where it seemed like the dress code on the third floor, where the game teams sat, were pants optional.

We had one exec who wore flip flops all the time. The other exec pretty much expanded his space across two desks, had his shirt untucked all the time and looked like he hadn’t slept in weeks.

I’m not going to lie – these comments really hurt, and honestly, I still wince a little thinking back to it. I might have had a lot of baggage triggered around how I looked and being Asian, but society objectifies women to where appearances equal your worth. And this really proved that point.

So how did I get over these comments about my appearance? I treated myself to a new wardrobe and makeover. An easy fix. Until I was rushed to leave work one day, and I was saying goodbye to my six month old, she spat up on me (like all great babies do). I had been wearing a new outfit and of course I had to change.

But this time the thought hit me: “So I change my outfit, but it’s not going to change my peers, my boss, or my direct reports. They will still judge me by my appearance.”

And having a fancy outfit was just table stakes to even helping them get past how distracting my appearance was.

No matter how hard I worked, I wouldn’t just be seen for my work output, my gender, and how I looked was always going to be a factor.

The Truth about Being a Female Founder

Many people will say that all these little things don’t matter.

If you’re a female founder reading this, make sure you think about being a female founder. Look for the real hurdles in front of you. We’re running the 400M dash, and there are two lanes: one for men, and one for women.

They get running shoes. We have to run in heels.

Who knows, if you gave women running shoes, we might just end up with a better world.

Big thanks to the Wordloops community that has given feedback, read drafts and given me a place to write and think.  If you want to develop a habit of becoming a better writer Join Wordloops and after 7-day free trial, coupon code for 25% off first month: foundermusings!

3 In fact there are other things such as time boxing, or increasing density to build that can help build momentum.