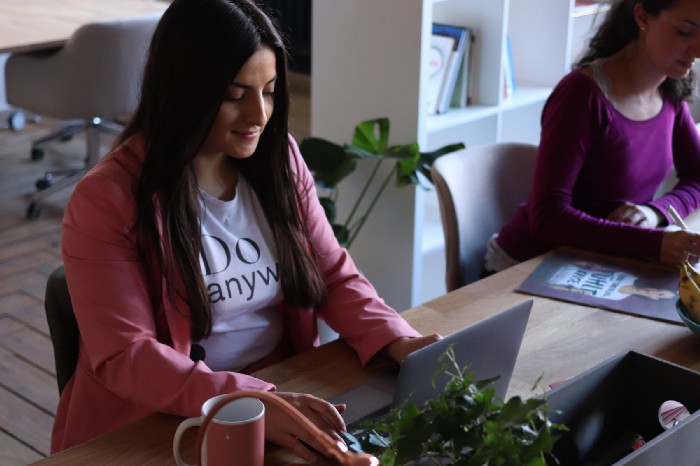 Photo by CoWomen on Unsplash

What These 16 Latin American Female Founders Have In Common

As a first-year college student, finding a summer internship is tough. There are not many opportunities out there for freshmen, even less during a global pandemic. I was very overwhelmed by the circumstances and how abruptly my first year of college had ended, so I knew I had to do something interesting during the summer. Luckily I did, otherwise I would’ve probably lost my mind (we all kind of did during 2020 though).

I had been learning about venture capital and talking with different people involved in the startup community in Rochester, New York — where I go to college— but I was particularly interested in finding out more about the funding gap that many female founders experience. I had read that only 2% of the venture capital in the United States goes to startups funded by women and I was completely shocked.

As someone who strongly advocates for bringing more women into the tech space, I could clearly see how this lack of funding directly affects that. Not enough funding for female founders means not enough company growth which also means not enough visibility. And that’s precisely what we need in order to get more girls into tech; we need to put tech female role models in the spotlight. Therefore, I embarked myself on the mission to find out what exactly the problem with venture funding is.

After talking to a bunch of VCs, I grasped that one of the main reasons this problem exists is the lack of female investors. Not having a diverse board of managing partners in the firms clearly affects where the funding goes. You probably already know that the venture capital world is very tight-knit; lots of warm-intros and not so many “send us your deck” on their website. This lack of openness to people outside of the VCs networks creates several barriers for entrepreneurs. In particular, when most of the check signers (aka the VCs) belong to a particular gender, it creates a gender barrier. This happens because we usually tend to navigate spaces and bond with people we identify and feel more comfortable with.

A big consequence of the lack of female investors is implicit bias towards female founders. Let’s be honest, the startup world was a boys club for a long time. This lack of diversity created many stereotypes and biases about women in entrepreneurial journeys. Nowadays, as more women investors come into play, a lot of previously-accepted behaviors and attitudes towards female founders are being challenged and called out. We can also see funds, incubators, and accelerators specifically targeting female-founded startups and many more opportunities will probably arise as more women make their way into the venture world.

Being Uruguayan, I started wondering what the startup community is like in Latin America and if female founders experience similar issues. I had the idea of starting a research project in order to understand the experiences of Latin American female founders, and thanks to the Research Innovation Grant the University of Rochester awarded me, I was able to interview and analyze the responses of sixteen founders from all across Latin America. This is what I learned.

1) They have been the only women in the room

Either in a University classroom, a business meeting, or a pitch session, they’ve had the experience of being the only woman in the room. They haven’t felt intimidated but they’ve felt confident navigating male-dominated spaces. Some of them expressed they felt supported and understood by their colleagues and did not experience harassment of any kind. Others indicated they suffered from microaggressions by faculty during their time in college or by investors during fundraising rounds. All of them emphasized the importance and need of having a network of women in their fields.

2) They have been underestimated

Even though their families, friends and peers support their ventures, they mentioned that when they just started their entrepreneurial journey people questioned their initiatives.

“How does this relate to your career? They used to asked me.”

“My family thought this was going to be a temporary thing.”

Most of them expressed how their close ones thought they were not serious about starting a business and that they were only trying to have a “hobby” while looking for a stable job. After a while, their family and friends realized that that was actually their new job.

3) They have struggled with fundraising for their ventures

“It’s too complicated to get funding for biotechnology companies in Latin America.”

“The capital challenge is bigger for us because we have to convince the investors of our capacity and our business model.”

“It was really hard for us to get funding from banks because they wouldn’t take us seriously.”

“There is a lack of visibility of fundraising opportunities.”

More than half of the founders I interviewed struggle raising capital for their startups. They feel they have to put a lot more effort than their male counterparts and that they get asked different questions from the investors when they have a male co-founder by their side. Fortunately, some of them were able to raise capital through government grants or specific programs.

4) They identify opportunities and move quickly

These 16 founders identified a market opportunity and moved quickly to put their ideas into action. Either in very particular niche or in their area of expertise, they saw something; a commodity not in use, a need of a certain population. They did their market research, found a team to work with, and fundraised seed capital within their network in order to start. Interestingly, a lot of them were moved by necessity which is a characteristic of many Latin American entrepreneurs.

5) They believe the gender gap in tech is decreasing

Despite having been the only women in the room, they acknowledge that the industry is changing for the better. They see a big increase of female representation in tech conferences, where in the past, there used to be only a few. The founders attribute this change to the raising amount of programs targeting young girls and motivating them to study STEM. They believe early exposure to these fields helps girls see themselves pursuing a career like these in the future. Most of them are involved in mentorship programs and are open to support women who want to venture in technology.

6) They are actively involved in the startup ecosystem

They have served as mentors to young women, they have created communities of women in tech, they are content creators, professors, and speakers at big tech conferences. These founders are leaders in the Latin American startup ecosystem and role models for younger generations.

Interviewing these 16 founders was amazing! I got the opportunity to learn a lot about their successes, challenges, and stories. I acknowledge this is a very small sample and it doesn’t necessarily represent the reality of the hundreds of female founders in the region. However, I wanted to share these 7 key points because they appeared in every interview, showing they aren’t unique and they might be patterns we should consider studying to a deeper extent.

This piece originally appeared on Medium, and was published here with permission.