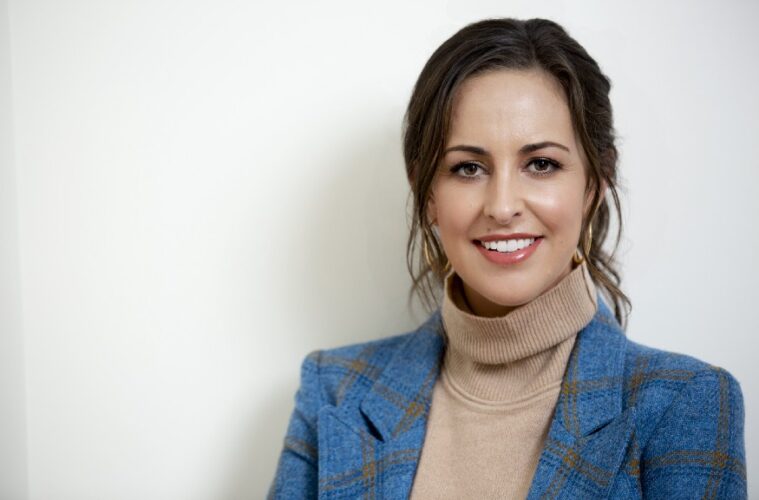 It’s a smart, strategic business move, and more urgent than ever to invest in women.

As I reflect on this character defining year, and honor the life and legacy of Justice Ruth Bader Ginsburg, I’m inspired by the fierce, courageous women who have stepped up to fight for a better future. From politics, to activism, to technology and business, to the Moms at home raising families while working on Zoom, 2020 continues to prove what I’ve known for a long time — women will continue to persevere and lead despite the most challenging of circumstances.

I’ve spent my career in venture capital on a mission to prove this, but our fight is far from over. The very rights Ruth Bader Ginsburg dedicated her life fighting for, are now at stake. So what can we do? Yes, we vote. Yes, we get our friends to vote. But, if we want real change, we shift the power. We invest in women. All across the board. We invest in women.

Let me start with a personal story, one night last fall, before COVID-19 had sequestered us all in our homes, I had just landed at LAX, after a trip to NYC. I was exhausted. I had two kids at home and was beginning the fundraise of my second fund at Halogen Ventures, the women-focused venture fund I founded in 2016. We’d deployed our first venture fund over the past three years. Of my portfolio companies, six had exited, two of them acquired for over $100M to companies like P&G and Walmart. And now, I was starting to build on that track record of success and raise my second fund.

In that particular moment however, I was aching to get home, kiss my kids, and crawl into bed. These things are never so simple when you are a Mom working around the clock. I got a text from one of my investors inviting me to a dinner. She’d begged her husband to secure a seat at the table for me. She told me I had to muster up the energy and go because I’d walk out of this room with a meaningful contribution to my next fund. How could I say no?

I’m not going to bore you with the details of that dinner. The Cliff’s Notes version is that it was a room full of older men who were drunk and high after a day on the golf course which they openly shared with me. And it ended when they raced off to hotel suites where they were meeting the prostitutes they had booked while sitting at a table with me.

I’m not telling this story to shock you. I’m telling it because as maddening and wildly inappropriate as it is, it actually didn’t shock me. I could also tell you about the numerous times older men have said ‘Hey cutie, women founders isn’t a big enough market,’ or the pension fund manager who literally spat his coffee in my face while laughing when he saw the page in my deck illustrating that we only invested in companies with a female founder. Other things I have heard; ‘Don’t they all end up having babies and quitting?’ ‘Too many cat fights’ ‘Not enough deal flow because no women are starting companies.’ For the record we had 4,972 deals come through our inbox in 2019. And there’s no shortage of stories like these. I think about how Justice Ginsberg handed her own experiences with misogyny, “how dare you” she poignantly stated.

When you look through that lens, it’s not at all surprising that the diversity numbers are so grim in venture capital. Only 7% percent of decision-makers at VC firms are women. 1% of those decision-makers identify as Black. 2 percent identify as Latinx. Like I said, it’s grim.

So much fuels these numbers. There’s systemic bias, a lack of transparency in hiring and in promoting, and a lack of consideration for diversity in the recruiting process. But there’s also hostility (at its worst) and skepticism (at its best) toward women and people of color in homogeneous spaces like these.

And I’m not positive that many of the gatekeepers in the industry want to change.

Until those in positions of power at family offices, institutions, Fund of Funds and endowments at the Limited Partner level change their hundred year old investment philosophy, nothing changes. Also, I have seen firsthand, women were taught not to talk about money and to donate it as opposed to invest it. These dynamics need to change as well. Because I focus on women-led businesses, people often think I’m running a social enterprise rather than a for-profit business — despite what the numbers show. So I don’t have the luxury of walking away from opportunities to raise money — no matter how uncomfortable they make me.

On a macro level, the lack of diversity in the industry is a problem because it means most of the money flows to types of founders VCs understand — businesses with white men of a certain socioeconomic background as their target customer. It means fewer great businesses have the opportunity to thrive. It means we put fewer products out into the world that improve the lives of women, BIPOC, and marginalized communities.

But at the business level, it’s also just a boneheaded strategy. It’s leaving opportunity on the table — $3T+ of opportunity, according to Morgan Stanley. Just because I invest in women-led and women-founded companies, that doesn’t mean I’m running a non-profit. It would be wrong for me to take dollars that you’re earmarking for charity. If you want to give to charity, by all means, give to the Go Fund Me set up for Breonna Taylor’s family. Give to Planned Parenthood. Give to organizations supporting foster care and domestic violence. There are so many ways to give and we should all do it as generously as we’re able.

But that’s not what investing in women is. It is a strategic move that allows you (and me) to invest in founders and leaders who build billion dollar businesses like Spanx, Sprout Pharmaceuticals, Cloudflare, Stitch Fix, Eventbrite, Care.com, SunRun, Houzz and I could go on…. It’s a way to invest money in businesses that will exit faster for double the return. It’s a way to take advantage of wide-open spaces many other VCs can’t (or won’t) see. It’s a way to get in on consumer products that are poised to capture the imaginations of the people who make up the majority of household buying decisions. And I’m not the only one who sees this opportunity as an investment. Female Founders Fund and BBG focus similarly on women-founded businesses and have a great track record as well. Rethink Impact recently closed a $182M fund for growth stage businesses with women in the driver’s seat. Goldman Sachs has vouched to invest a $500M investment in women run companies and funds through their Launch with GS Initiative. Morgan Stanley’s Multicultural Innovation Lab which has invested in one of our portfolio companies has an accelerator that invests exclusively in women and multicultural founders. Sidenote: These are the biggest banks in the world.

But don’t take our word for it. I’ll show you the numbers. I saw 4,972 deals last year — all companies started by women. I made 10 investments. Of the 100% female founded companies in my portfolio, over half are BIPOC founders. Ethnically diverse founding teams outperform all-white founding teams by 30 percent, according to a recent report from the Kauffman Fellow Research Center This is also a returns focused investment opportunity NOT CHARITY.

RBG had a vision she dedicated her entire life to. Because of her work, women have the right:

Imagine a future where women have access to more capital, where we are building diverse teams and a founding billion dollar businesses, where we have access to power and wealth and can use that to build a better world. We need to change the trajectory. We can do this by investing in women. This is the time we change this old school mentality with this call to action to all of the institutional investors, endowments, Fund of Funds and Family Offices. As painful as 2020 has been for so many, I hope this is the turning point. Invest in women. We’re not a fucking charity. We’re a $3 Trillion Opportunity.

This piece originally appeared on Medium, and has been published here with permission.