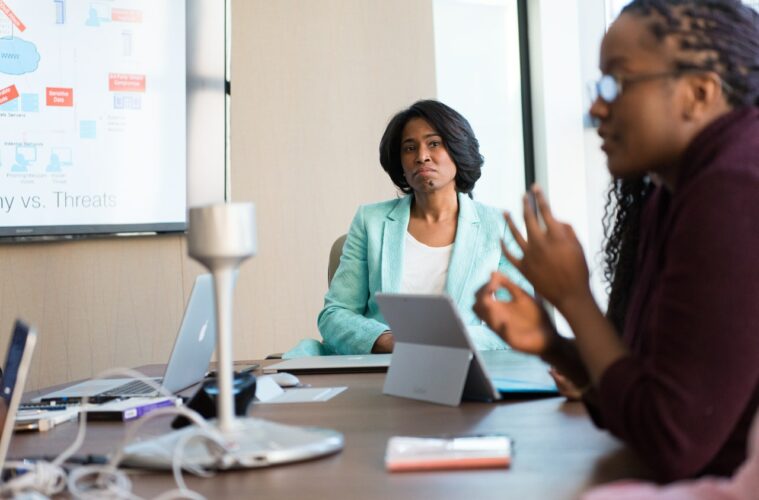 3 Ways that Founders Go Wrong with VCs In the Room

The founder stood there, perplexed. “What don’t you get?” she asked. “I’ve tried to cover everything!”

As part of the cohort of a major accelerator leading a promising media startup with “buzz,” clearly “I don’t get it” was not the feedback she expected heading into Demo Day.

But I’d been asked to take a last look before the big day, and it was the best advice I could give her.

“Well, I get that you’re doing something with artificial intelligence and entertainment, but I don’t understand what specific problem you’re solving for your prospective customers,” I explained. “I don’t understand how you think they’re going to use it. And since you’re at too early a stage to have any real traction, I don’t think any VC is going to invest in something they don’t ’get’ on a really basic level.”

She stood silent. I could feel the resistance to my comment, but I still needed to give feedback to three other teams so I had to let it go for now.

Two weeks after Demo Day, I got a call from her. It wasn’t good news. “It seemed like it went well…but when we actually started talking to investors, most of what we heard was ’Yeah, it seems interesting… but we really don’t get it.’”

My heart sinks every time I hear one of these stories, because this issue kills so many otherwise promising pitches. It’s so common.

There’s good news, though. As with many common problems founders face “in the room,” this is totally fixable. So, before you head into your next pitch, here are three of the most common ways founders go wrong with VCs in the meeting, and how you can fix them:

You never explained what the company does

This sounds simple, but it’s shockingly common how often founders forget to explain the basics of what the company does when giving their VC pitch. Having spent so much time sweating in the trenches of their startups, their excitement for what they’re doing makes them forget to take a minute to explain what exactly their company does before diving into all the super-cool details.

That, my friend, never ends well. Without the context of how they fit into the company’s big picture, all of those super-cool details are just confusing. In the best-case scenario, you’ll get a polite pass, and worst case…well, there really are VCs out there who will up and leave the room if they’ just don’t “get it” in the first few minutes.

Bottom line: “I really don’t understand what you do” will never result in a check, and it is hands-down the worst possible feedback you can get in response to your pitch.

The Fix: As you practice your pitch in front of friends and family, ask them this question: “Did I clearly explain what we do, who we do it for, and what they get out of it?”

And then keep working on it until you get a chorus of enthusiastic “YES!”

You forgot about you

This one is also surprisingly common, especially among female founders. A lot of founders forget to inject themselves into the pitch. It’s simply not enough to outline why something is a tremendous business opportunity.

As a founder, you have to show why you are “The One” who can light the world on fire with this opportunity. Far too often, founders come into my office and do a bang-up job of outlining the problem, their solution, and the opportunity, but then they completely miss any discussion of how they are the right person to succeed at the opportunity.

The Fix: It’s time to lay it all there! What makes you the best horse to back in this race? Have you been knee-deep in this problem since grade school? Have you spent your career launching successful products in this market, and now you’re going out on your own? Have you assembled a tech “Dream Team” to tackle a particularly knotty problem only you can solve?

Whatever it is, it’s time to tastefully brag about it and leave VCs no room to doubt your ability and commitment to succeed.

You’ll get questions when you’re in the room with a VC; that’s a good thing. They wouldn’t ask questions if they weren’t interested, and generally, the more probing the questions, the more interested the VC is in what you are selling/have.

Unfortunately, in the face of challenging questions, many founders cave to their first instinct and get defensive; that’s not where you want the conversation to go. VCs don’t want to back a founder with coachability problems – someone who can’t take constructive feedback and questions, think about them, and come back stronger than before.

The Fix: First, take a deep breath so you can receive any investor question and feedback as an opportunity for a constructive conversation. That doesn’t mean every question or comment will apply, but instead of giving into the “You’re wrong! Stop attacking my baby!” instinct, consider the feedback as something that may lead to an improvement for your company.

That demonstrates self-awareness, coachability, and leadership – all major considerations for any VC as they decide whether to back a company.

Every time you get into the room with a VC is an outstanding opportunity to take your company to the next level. By preparing yourself (and then taking a deep breath!), you’ll be in the best possible position to impress and get that check.