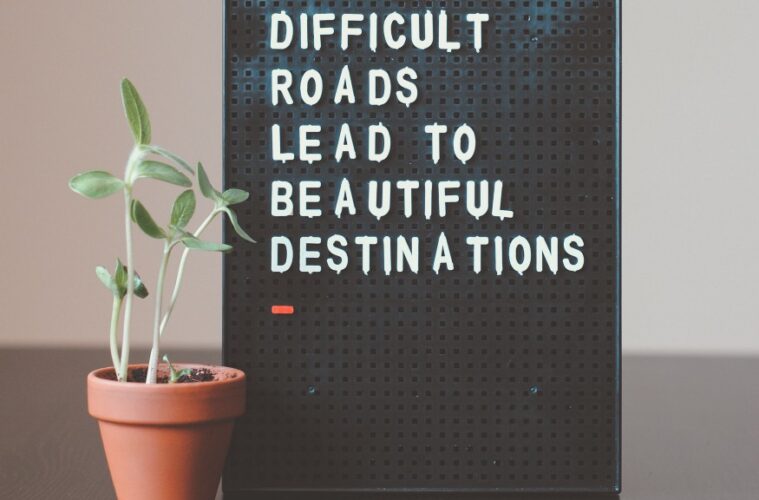 Embracing the Power of Non-Traditional Hires

My mother often told me to not be upset that some people started life on third base — I just had to focus on getting myself to third base.

My background certainly separates me from the typical people you see in tech or investing. My father was a heroin user who died of HIV/AIDS when I was a small child. My late stepfather was an alcoholic who once, in a drunken fight with my mother, shot a gun at her, barely missing. I remember trying to protect my mom by fighting him off, and running to check on my little brother when he fired.

Luckily, I was able to focus on one passion — football — that seemed to be my ticket. I was Virginia’s Player of the State my senior season and got to play linebacker at the University of Michigan, one of the best football teams in the country. Many thought I was destined for the NFL.

But this spurt of luck petered out. I got injured and, like many D1 athletes, struggled with depression. At the end of sophomore year, I moved back to Virginia to recover and support my mother, whose finances were crumbling. I transferred to a small college close to my family and got a job at a dreary warehouse in Richmond to make ends meet. At a time when elite college students were interning at Facebook or Google, I spent my summer stacking boxes.

As my dreams of professional sports vanished, I had to look elsewhere for opportunities. I was inspired by the innovative culture at Michigan — a university that had produced Larry Page of Google and Dick Costolo of Twitter — and started targeting tech jobs.

I was an obviously non-traditional candidate. I’m Black and proudly from the hood. Even with my college degree, I hadn’t spent those years building databases and coding compilers as a computer science major, and I didn’t have an MBA from a top business school, these days a near-prerequisite for attaining a role in management.

I contacted hundreds of companies asking about job opportunities — through LinkedIn, email, or industry meetups. The responses were depressingly predictable. The message I got again and again was that my experiences weren’t “traditional” for the position.

Minorities are still a rare sight in the tech industry. Compared to our share of the national population, we’re underrepresented by nearly 50 percent. In venture capital, the numbers are even worse: the VC labor force is less than 1 percent Black. And recent research shows that, compared to any other demographic group, Black men face unique hardships in their pursuit for economic opportunity. These disparities are especially salient now: the wave of protests following George Floyd’s killing has highlighted the urgent need to address racial inequality.

And the irony here is that much of this disparity is unjustified. Hiring non-traditional candidates is a clear win for businesses.

I’m lucky that one of my emails went to Mark Raguso, then an executive at IBM. When he hired me, he knew I wouldn’t bring an Ivy League pedigree or a bevy of friends on the boards of Fortune 500 companies. But he grasped — and research shows — that non-traditional hires can bring unique skills to companies.

Working-class people are more accustomed to working together, and in many cases this makes them better at it. Recent experiments led by Andrea Dittmann and co-authors found that college students from working-class backgrounds bested middle-class students at participating in and facilitating teamwork. Research also shows that Black Americans respond better to adversity — perhaps because they have more experience with it.

Managers from non-traditional backgrounds often know more about the people their companies serve, which is essential. Stacy Brown-Philpot, the former CEO of TaskRabbit, was motivated by the prospect of getting jobs back into her hometown of Detroit: “I grew up with people who were hardworking, whose jobs were taken away from them…And here’s this platform that’s creating everyday work for everyday People.” Howard Schultz, who grew up in a housing project, showed how a massive chain like Starbucks could provide generous employee benefits and remain a booming business.

These aren’t just anecdotes. An expansive study of business practices found that the tactics most associated with success are around inclusion and diversity. Businesses with strong diversity practices were the most profitable. For standout companies, this was more than just an HR strategy, involving all C-level executives and encompassing metrics ranging from turnover to supplier diversity.

Non-traditional candidates also bring greater cognitive diversity to businesses. Groupthink happens when most of the people in the room come with the same perspective; having a mix of analytical approaches improves decision-making and leads to more agile organizations.

Finally, a more inclusive hiring policy has clear benefits in recruiting and sales. A majority of workers from all backgrounds report that diversity is an important factor for them when they evaluate new job offers; workplaces that embrace non-traditional hires will be more attractive to most potential recruits. And companies that match the diversity of their clients will be more likely to connect with them, which could have obvious impacts on sales.

My mentors Raguso and later Todd McKinnon, the CEO of Okta, saw the value in my non-traditional background. Their encouragement shows how tech companies can be leaders not just in product, but also in people. “We hired you for your technical skills and enterprise software experience,” McKinnon told me, “you don’t need the fancy pedigree.”

While there have been some gains in recent years, Silicon Valley could still step up its recruiting and hiring of non-traditional candidates. Often it seems companies aren’t looking for the best person for the job — they want the safest person for the job. The so-called “pipeline problem” can’t explain the entire issue. Technical graduates at Stanford are more diverse than the tech workforce. An equally likely explanation is an over-reliance on networking and personal relationships: a barrier in tech that’s even worse in VC.

I was a non-traditional hire when I joined IBM out of college eight years ago. I’ve since experienced an IPO, invested in several notable startups, and raised and deployed capital across the globe. Now, I’m working to elevate non-traditional hires. I’m proud to be joining the SoftBank Opportunity Fund, a new $100 million venture fund supporting Black, Latinx, and Native American entrepreneurs.

Looking back, I realize that many of my successes are due to good fortune, especially my chance encounters with tremendous mentors and some of the greatest founders in the world. Looking forward, I’m hopeful that the next generation of non-traditional candidates won’t have to be so lucky.

This piece originally appeared on Medium, and has been published here with permission.