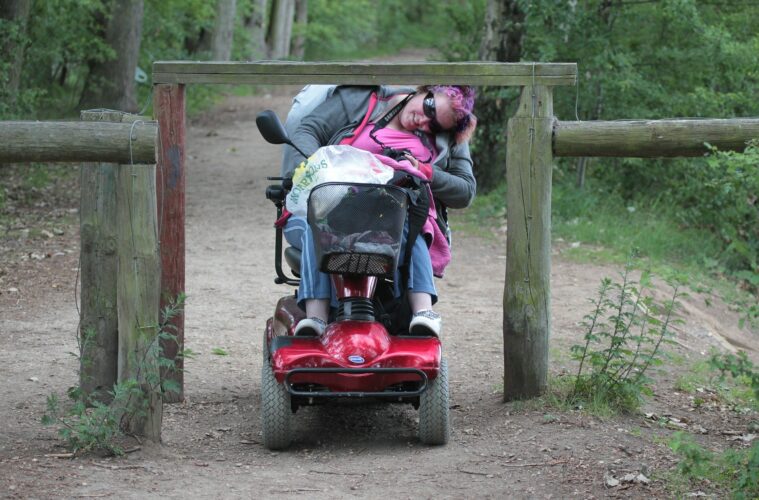 The Impact of the American With Disabilities Act

This past July, we celebrated the Americans with Disabilities Act’s thirtieth year of existence. Nearly 40 million people in America have a disability of some kind (one in eight people, approximately) and this important Act has changed the lives of Americans with various forms of disability, both visible and invisible.

What Is The Americans with Disabilities Act?

The message of the ADA is “to assure equality of opportunity, full participation, independent living, and economic self-sufficiency for individuals with disabilities.”

A partially blind woman in her seventies who uses a walker, Nancy M., noted, “[Thanks to the ADA] people with disabilities now can get around by themselves…Most public buildings now have ramps so they can be entered and wheelchair accessible elevators…and bathrooms where a person in a wheelchair can actually turn around to use the facilities. In my case, there are handrails to help me get up off the toilet, something that is very difficult for me without those supports.”

The ADA Has Helped Raise Awareness Of Disability And Changes Lives

Suzanne Cook, author of Quigley’s Quest: Story of a Service Dog, shared the impact of the ADA on her life.

“It has led to the changing of wording and possibilities surrounding the disabled community. I am old enough to remember that after my heart surgery at 5 1/2 in 1965, I was put in a classroom for the ‘Mentally Retarded/Physically Handicapped’ so that I could sleep in the afternoon. Because of the sign over the door, I was labeled ‘retarded’.”

“That label followed me till I was in high school and a teacher friend tested me. I was moved to advanced classes and graduated third in a class of over 500; that is the power of labeling. The ADA has helped to overcome that type of labeling, and allow children to partake in regular classrooms without the need to be sequestered away so [they] are not seen, or put on display for the entire school like my class was in 1965.”

Jessie Voigts, Ph.D., writer and educator who has lived with a mobility disability for 38 years, agrees. “I am so grateful that the ADA has not only increased access and participation in our society for people with disabilities, but also increased awareness of disability. There is no need to be hidden away, or not be able to live, work, and enjoy life as most citizens do. The ADA has, for countless people, been a door out of the physical limitations of disability. Its impact is extraordinary–and undeniable.”

What Still Needs To Change For The ADA

The ADA has brought our country a long way in many realms, but advocates know that there is still more work to be done.

In education, for example, many challenges still arise for students and educators who deal with discrimination, whether intentional or not. Brooke Knisley, writer and educator at  Emerson College says, “[The ADA] doesn’t extend to education. Universities are still allowed to request medical documents and, if they aren’t provided or if the correct doctors haven’t filled them out, the institution is not required to provide students any accommodations.”

Some other exempt institutions include churches and historical buildings. Amber Saldivar, MA, LMHC, licensed therapist, piano teacher, advocate, and public speaker who has invisible disabilities, told me that, “Sadly, many churches and organizations do not understand the importance of accessibility for all or the impact that their lack of accessibility has on others. It is up to all of us to speak up and let them know that even though they may not be legally required to comply, it is in their organization’s best interest to do so. When people with disabilities are an active part of the community and have equal access, everyone benefits!”

Additionally, Conrad Reynoldson, founder and vice president of Washington Civil & Disability Advocate, shared his perspective on this. “As wonderful as the impact [of] the law has been, it was simply the end of the beginning rather than the beginning of the end when it comes to stopping widespread discrimination and inaccessibility…Airlines are exempt…and the ADA has yet to have been updated to clearly cover websites. The ADA does not even cover the very Federal courts in which it is supposed to be enforced and no matter how egregious the discrimination (outside of the employment title) damages are very difficult to ever obtain.”

This piece originally appeared in Her Agenda, and has been published here with permission.