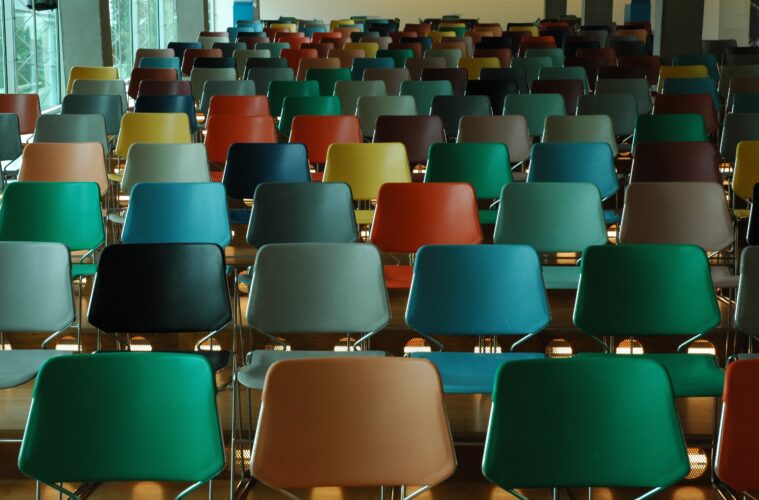 Why Are Women Being Talked Out of STEM Careers?

Data continues to show that women are underrepresented in science and engineering careers and roles, while the proportion of women in computer and math sciences has remained relatively unchanged.

The situation is bleaker the more “specialized” you get into math, engineering, and computer sciences; for example, the numbers of women in crypto show a strong need for more support. This all comes despite steadily increasing educational and career initiatives to get women involved, and to tackle factors that include institutional discrimination and sexism.

Sure, we can continue increasing the number of initiatives to reach more people, but might there be barriers keeping these initiatives from “sticking”? Can we shed any light on when women tend to be dissuaded from pursuing STEM paths – maybe when they’re still girls?

Time and time again, everything from research data through standardized test scores show that there is no fundamental difference between boys’ and girls’ abilities in subjects including math. Grade 4 and Grade 8 data show no statistically significant difference between the two sexes.

But there is a steady, if not slightly growing gap between the genders, with men ahead of women in receiving STEM degrees and certificates from college programs and beyond.

But this gender difference in the pursuit of advanced STEM education doesn’t start in college.

High school is usually the first time that students can pick classes; it’s also where we see the male vs. female discrepancies play out in relative participation by course subject. Women outpace men in selecting AP courses in biology, environmental science, and even statistics. But once you venture into math and applied logic/math (physics, computer science, etc.), you see a growing gap between male and female participation.

So what factors leading up to high school contribute to this discrepancy in what the two genders are choosing to study? It’s not apparent that there is any one key event that, across the board, traumatizes women and drives them to choose non-STEM career paths. What is happening before high school that ends up discouraging women from math, computer science, and engineering fields?

Research suggests that girls are treated differently than boys in primary and secondary schools in the United States. A landmark study from Myra and David Sadker in 1992 was perhaps one of the first to find this. Their research showed that teachers gave more attention to boys, and also listened to them when they called out or spoke out of turn; girls, on the other hand, were warned to behave and to “raise your hand if you want to speak.”

This discrepancy in treatment persists through adulthood. Blind studies where random, mixed groups of faculty are given resumes to evaluate—differing exclusively in the name on the resume, with one being “Jennifer” and the other being “John”—showed that Jennifer received lower ratings and an average of a 12% lower salary than John did.

Intellectual self-perception differs by gender. A study of over 200 physiology students showed that, with the same GPA, men are 3.2 times more likely than women to consider themselves smarter. When controlled for other variables, the average male has a whopping 61% chance of thinking he is smarter than his peers, while the average female has only a 33% chance of the same.

These experiences in youth have a lasting effect on how women perceive themselves and their roles within their professional communities—and how they talk about themselves.

We need to change how we discuss performance and opportunity

In light of these findings, we need to recognize that the ways in which we talk about performance and opportunity matter–including the ways in which we speak about our own potential and opportunity. While this article is focused on women, this notion of self-awareness in how we communicate regarding achievement benefits all groups, including any underrepresented minority.

The discussions of how to achieve this specifically within the field of education are still underway. But in the interest of not waiting before we take action, we can start to look at how other disciplines deal with making self-talk more positive, as well as stay aware of the research about what specific instances of negative self-talk are most pronounced, since this can inform key areas to prioritize in rendering things more positive.

Women tend to think math ability is a fixed trait—that they don’t have.

One insightful study created a scale of “belongingness” felt by college students in the study of math, and then watched calculus students over time to determine if this was predictive of academic performance in the subject—and broke this down by gender.

We need to be attentive to how we speak about aptitudes for math. We need to make sure that our language cannot be construed as saying that math ability is something fixed. For example, we should not imply that there are “math people” in this world, and that to be successful in the pursuit of mathematics you must possess an innate aptitude for it. This might even mean speaking less in terms of students’ aptitude and focusing more on their achievements. Congratulate students for working hard at math and getting the right answer; not just for being “good at math.”

Research has shown that women tend to attribute success to temporary causes or “luck” while taking failures as signs of personal inadequacy. Men, on the other hand, do the opposite; men attribute success as indicating personal ability, while attributing failure to external factors like bad luck or just difficulty. They are less inclined to take mistakes or failures personally.

Where this thinking comes from could use some further study, but the critical point here is that we make sure to celebrate individual or team wins as signs of competence and achievements via hard work. When we see individuals taking failures personally, we should try to reframe their thoughts, focusing on actions they can take to prevent recurrence while also shielding their self-esteem.

There are some positive practices, validated by psychologists, that can address or get ahead of potential impostor syndrome and be beneficial to groups susceptible to feeling like impostors. Open discussion among groups of ambitious and/or successful women can help individuals share some of what they are going through and realize they are not alone in feeling the way they do, which is often the first step in addressing impostor syndrome. Similarly, seeing successful individuals with shared traits—for example, a new female computer programmer seeing accomplished female CTOs—can boost morale and reinforce ambition.

Reinforcing positive ritualistic behaviors—like positive affirmations—to replace negative recurring ones is one way to help students or loved ones alike. Similarly, getting individuals to record positive feedback received can encourage them to confront it, expose themselves to it, and over time internalize it.

Of course, further research and discussion around this subject is needed; we have to keep the conversation going. The more detailed of an understanding we’re able to develop regarding the factors contributing to discouraging female involvement in STEM, the more effective we can make our efforts to maximize diversity and inclusion. The types of negative self-talk and the problems arising are only going to continue to evolve; ongoing efforts will empower us to remain proactive.