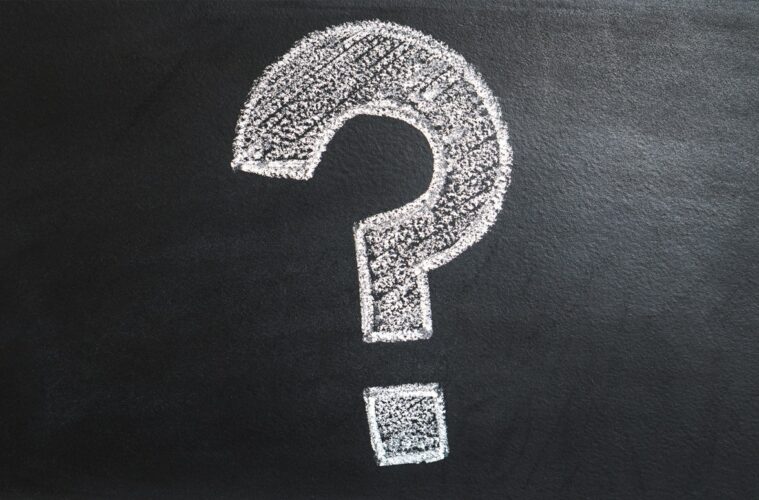 The ONE Question You Must Be Able to Answer When Meeting a VC (and How to Nail it!)

I could feel Karen’s* excitement over the phone: “It’s set for next week! We’re meeting at Philz for coffee! We’ve been trying to get this meeting for months! Do we need to freshen up the deck?… Wait! What do you think he’s going to ask?” she blurted.

*not her real name

Karen and I had remained in touch after my time at an accelerator in Los Angeles, while I mentored her as she launched her startup. She was a very promising founder, and she called me with the happy news that she finally got an initial meeting with a prominent venture capitalist in town she’d targeted as a strong potential match for her company.

Incredibly smart and hard-working, she and her co-founder had carefully mapped out the fundraising game plan for their startup. Although they were still early-stage and wouldn’t be raising in earnest until the next year, this initial “getting to know you” meeting represented an important first step in getting the funding they would need to grow.

“Well, you’re still early stage and not asking for money yet, so I think there’s one big question you’re sure to get that you should think about before the meeting,” I said.

“I think he’s going to ask you, “Tell me about yourself,” I said.

Yes, really. In my decades of experience working with startups, these initial “getting to know you” meetings usually boil down to “Tell me about yourself” or a similar open-ended question like “What brings you here today,” “What can I help you with,” or even a question as free-form as “What’s going on?”

These kinds of questions can be confusing if you’re not prepared for them. They can leave you wondering, “How am I supposed to respond to that? What does that mean?” More often than not, people fall back on something safe like reciting their resume when they’re in the hot seat.

Let me demystify “tell me about yourself.” Believe it or not, what they’re not asking for is your resume, or everything you’re doing with your business, or the schools you went to, or why you came to California/New York/Texas.

When you hear “tell me about yourself” or a similar question, what you’re really being asked is “Why should I take an interest in you?”  This question is a giant cue for you to give the investor a reason to get, well, invested in you. And by “invested” I mean to care about what you’re doing and to consider building some kind of relationship beyond this initial meeting.

Since most investors are, if anything, overwhelmed by requests for their time, think carefully about how to answer this question. Doing so will help you stand out from the pack. If you’re a female founder, this question becomes especially important, because this is your first shot at showing how special you are as a founder. You definitely want to make it count.

In my twenty-something years of experience with startups, the best answers to this question usually have three components:

It always begins with the founder’s story – her Why. Again, this doesn’t come from a resume. It’s your story where you’re the heroine of the adventure, and specifically how you came to want to solve the problem your startup tackles for consumers.

Stories are easy for the brain to understand and organize and, what’s more, they trigger empathy. The answer to this question, then, becomes one of the most powerful ways to start building a personal connection, something especially important for female founders as they start to build relationships with investors who are still almost always men.

Your origin story probably comes in one of two flavors: 1) a long-standing interest, perhaps one that developed as early as childhood, or 2) a realization that occurred in a specific moment.

Origin stories beginning with long-standing interests show not just that you’ve focused on something for a long time, but also that you’ve continued to develop insights over the years. For example, one aerospace founder I worked with tells the compelling story of her love of airplanes. Her interest began when she was a child growing up in a tiny Texas town and watched the airplanes flying overhead which led to a distinguished career as a pilot in the Air Force and then led to founding her aerospace company.

On the other hand, when I get asked about my story, I trace it back to my years of working in startup financing and one day realizing that, after years and years, I was still the only woman in the room. My “sudden realization” moment led me to recognize that I wanted that to change. So, I’ve been dedicated to advising women entrepreneurs ever since.

Whether your origin story dates from years of experience or whether you found the problem you want to solve later in life, it must be a classic case of showing (and not telling!) how much you care about solving this problem and why you’re exceptionally suited to succeeding.

After you talk about how much you care about solving the problem, it’s time to show that your startup has potential to succeed and that it has real traction.

Naturally, the ideal thing here is to be able to say that you have customers who buy your product and love it: “We’ve already signed contracts with twelve cities and are doing 10,000 transactions a month!”

So, whether you have a prototype you’re testing, have gotten legitimate press coverage for your business, or have thousands of users, share it. It means that you’ve moved toward your goal and that your venture is something with substance worth taking note of.

By telling your story and showing your progress, you’ve shown you’re worth taking an interest in.  Now, you have to give the investor a way to get involved.

Yes, it’s time to make your ask. What can the investor help you with? If you’re raising money, this is where you mention it: “We’re hoping to raise a seed round of $2 million by the end of the year.”

What you need help with – how the investor could take action – could be fundraising, but could also be mentorship, advisors in a specific area, contacts, or a myriad of other things. Regardless of what form that help takes, be prepared to make some kind of ask in the meeting.

As with bragging, the idea of asking for something can be uncomfortable for female founders especially.  This step is critical, however, because if you don’t make an ask, investors don’t know what do to next. And if they don’t know, they are more inclined to do nothing!

So, make your ask, and you maybe surprised how often you get a “YES”.

Stick to this basic template to take your first step to raising the capital you need for your startup.