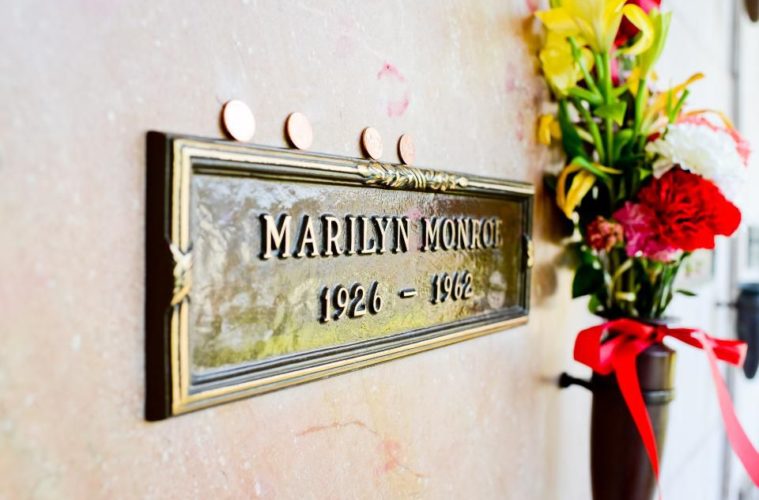 From Marilyn Monroe to #MeToo: it is time for men to stop sexual harassment

In a recent blog post, I talked about sexual harassment in the workplace. In it, I mentioned that the issues brought to light by the #MeToo movement are not new: back in 1953, at the young age of 27, Marilyn Monroe wrote a cover story for MotionPicture and Television Magazine. Titled “Wolves I have known,” the story described patterns of sexual harassment that are virtually identical to the stories we hear today.

In that blog, I also mentioned a fascinating book, Blonde, the historically-based fictional biography written by award-winning novelist Joyce Carol Oates, which brings to life many relevant issues about sexual harassment and the challenges that women face in establishing their professional life in a male-dominated world. The book is now being adapted into a play, Love Is Blonde, that playwright Argia Coppola, with the help of Giancarlo Traina, wants to bring to Broadway after a successful launch in Italy.

It’s refreshing to see these initiatives, and it’s important for all of us to be aware of the history behind these current affairs. But it’s also a cause of concern, that, more than 60 years from Monroe’s story, things have only improved marginally, if at all.

Even more concerning is the increasing number of comments I’ve been hearing and reading, suggesting that some men are beginning tocomplain about reverse discrimination, that they see #MeToo as a witch hunt, andthat they feel that companies are focusing too much on supporting women at theexpense of men.

To these fellow male human beings, I want to send a clear message: if you are even remotely feeling mistreated because of #MeToo, and feel that women are getting too much attention, you are either misinformed or misguided. Either way, let me offer some information and some tips that I’d like you to keep handy the next time you are feeling sorry for yourself or for you fellow men.

A recent story listed 201 men in positions of power who have been brought down by the #MeToo movement. We learn every day of similar stories, and that many of these stories have been covered up or rewarded with handsome payouts. Let’s extrapolate and round up, and assume that1,000 men have lost their jobs in the past year because of their misdeeds, or maybe even 5,000.

According to the FBI’s Uniform Crime Report, 90,185 rapes were reported to law enforcement in 2015. The Bureau of JusticeStatistics estimates that incidents of rape or sexual assault, including unreported cases, exceeded 430,000 in 2015. The same report also lists more than 1.5 million cases of domestic violence –the vast majority perpetrated against women.

A recent publication by the National Academies ofSciences, Engineering and Medicine provides an extensive overview of sexual harassment research studies, which show that sexual harassment is widespread across virtually every sector. One comprehensive study from 2003 found that, on average, 58% of women experienced sexually harassing behavior at work (ranging from inappropriate sexual language to sexual coercion and assault).

A recent study shows that roughly half of female physicians and female medical students report being sexually harassedin their profession.

A 2012survey by the Department of Defense showed that 8%of active duty military women reported being the victim of at least one act of sexual coercion.

A more recent study identified high-risk military installations, in which as many as 15% of all women were victims of sexual assault.

This is only a small sample – you could spend days doing online research digging up all kinds of horrific data about the frequency, severity and ubiquity of sexual harassment. And this is not just a problem in personal life: a large percentage of these incidents happen either in the workplace or at the hand of co-workers.

In other words, compared to the number of women that men systematically abuse, assault or rape as a direct consequence of a workplace connection, the number of men who suffer the consequences is imperceptibly small. In fact, it is shocking that only such a small number of men in power have lost their jobs, and until this number is raised by a factor of ten, I am not convinced that lasting change can occur.

Leaving aside the monumental imbalance and the untold damage that men are inflicting upon women, those who are concerned about men not being treated fairly should also realize that inclusion is not a zero-sum game: there is ample evidence that sexual harassment in the workplace, aside from being socially repugnant, has strong negative consequences on professional women, hampering their ability to contribute to the full extent of their potential; furthermore, sexual harassment leads to decreased job satisfaction and decreased retention, with a resulting tangible hit on a company’s bottom line.

When you also consider the importance of being able to tap into a broad talent pool, and the fact that women tend to take on more collaborative tasks that benefit their entire team or company, it should be clear that any company’s effort to improve the wellbeing of women has the potential to have broad positive implications for the entire company.

Let me close with a message to my fellow male human beings:we all must stop thinking about sexual harassment as a women’s problem. We are the ones causing this problem, and it is our responsibility to fix it.

Not being a sexual harasser or even considering yourself an “ally” is not sufficient, we need to put an end to the inappropriate actions of our fellow men through our words and our actions. And those who complain that men are being somehow victimized or discriminated against, are either ignorant, insecure, or downright malevolent.

The next time you hear a man make veiled (or open) suggestions about the sad state of affairs for men because of #MeToo, tell them to stop whining and start doing what they can to fix the problem, instead of being a part of it.