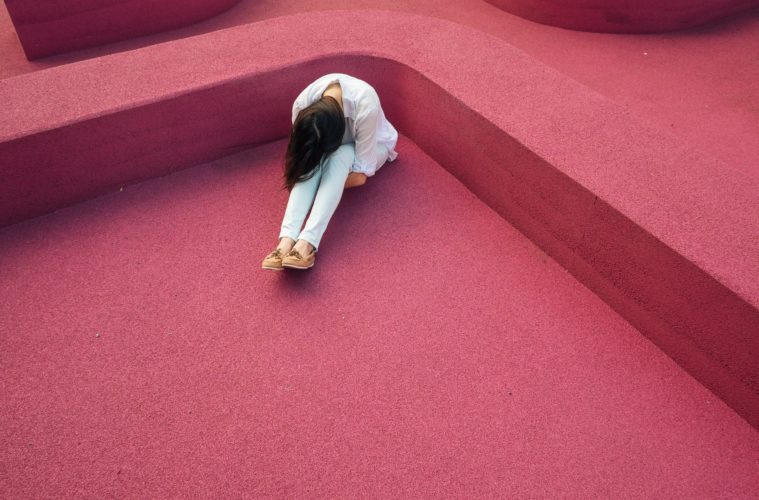 Photo by Verne Ho on Unsplash

Last month, a high school senior in upstate New York was asked by a teacher to wear a bra because her attire was deemed “distracting.” The next day, she showed up to school wearing a bra under her shirt, as requested. 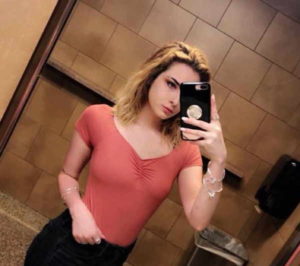 The distracting top in question.

That wasn’t good enough. The seams of her bra were discernible through her shirt and she was asked to cover herself with a borrowed shirt, which she refused to do. So she was then suspended for two days.

Her mother was surprised and posted a short video on Facebook explaining the situation and asking for input from others. Two days later, after the mother met with the principal’s boss, the school superintendent, the mother reported that her daughter’s suspension was lessened.

Our editor, who lives in the area, had written the below letter to the school principal. Whether it made an impact or not, we don’t know. What we DO know is that this letter addresses universal situations that women—adolescents or adults—face every day.

And so we’re sharing it with you.

Sometimes someone does or says something so outrageously wrong in your book that you can tell immediately there’s a vast chasm between your understanding of things and theirs. So you scramble to think of ways to explain to them how you see things. Metaphors, analogies, facts and figures, equations, stinging insults, empathy. I will now try some of these methods.

Here’s a sort of equation: If you think you can suspend a woman from school for having discernable breasts, then you must also think that girls and women are responsible for your thoughts and your concentration levels. If only girls would come to school in beige sack dresses to their ankles and speak only when spoken to, think how much better yours and other boys’ concentration levels could be!

Here’s a fact: Nearly 50% of humans are women or girls. That’s something like 3.8 billion pairs of breasts (or breasts-to-be). Damn!

Just as one person’s trash is another’s treasure, one person’s distraction is another person’s ho-hum. For instance, if your grey slacks send me into seizures of disgust, it doesn’t follow that you should be made to wear better-tailored pants in a darker color. My problems shouldn’t become yours.

Something that especially bothers me is the message your preoccupation with our female bodies (and with obedience) are sending to the young men and boys studying at your school. They now see that girls’ bodies are more like objects than their own, and that those objects can be bossed around, criticized, and punished.

Do you wonder why so much concern and rage is pouring towards you now? It is because many of us can see the connection between how you suspended that girl and things like rape and kidnapping and repression of girls and women the world over. It is part and parcel.

The girl you suspended is old enough that in a year’s time, she could hold an office job. What is she to think about how to dress at work? Your school will have given her a very skewed, strange idea about clothing. When she is unfairly passed over for a promotion in favor of a male colleague, will she suspect that maybe it was because she has breasts? Will she know whether she should have worn a snugger dress or a looser one, to achieve the advancement her work had rightfully earned her? When she thinks back to her suspension from high school for wearing an average shirt, and thinks back to the highest ranking man at that school and his hatred or disapproval of her, what will that teach her? What if she is raped? Will your suspension of her inform her that she was partly responsible for being raped? (Rapists, the most distractable type of all.)

How can you fix this? Please make a public apology to Madison Kidney and her family. And please include in your statement some words that indicate your understanding of some basic ideas: Rules are unjust when they are applied unevenly. Women and girls are equal to boys and men. Men and boys are responsible for their own thoughts and behavior. Women and girls should not subordinate themselves to unjust authority. If someone asked you to place a paper bag over your head, because your haircut is so dumb, you would be right to ignore that request/order.

We can all see that you desperately want a high school where the students respect you and respect adult authority in general, but I don’t see how you can get to that point by suspending girls for anything having to do with their breasts. Instead, could you show how you value them (their autonomy, cognition, manners, truthfulness, bravery, those kinds of things), and that you respect their ownership of their own God-given physical selves, respect their equality, their feelings, their minds, and the fact that they are growing up.

Thank you so much for considering my arguments. I wish you strength, and powerful concentration, in your deliberations.