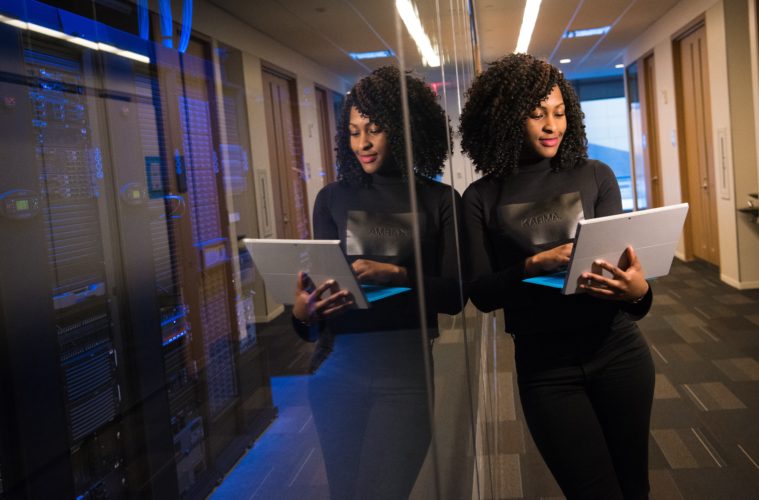 Photo from Christina Morillo on Pexels

STEM employers have a major gender diversity problem on their hands. This isn’t news, but the numbers bear repeating: According to the National Center for Women & Information Technology’s 2015 By the Numbers report, women hold just 26% of all U.S. technology jobs, 19% of all U.S. software developer positions, and just 6% of U.S. technology leadership roles. By comparison, women comprise 57% of the country’s professional workforce.

The obstacles to building truly diverse and inclusive workforces in STEM fields are formidable, even overwhelming. A recent study by Lorenzo S. Baber of the University of Illinois puts some of the blame at the feet of America’s top higher education institutions, arguing that many universities have merely paid lip service to the complex and longstanding structural conditions that impede equity: “Underrepresented students will remain a trickle in the STEM-fields pipeline until post-secondary educators’ and policymakers’ motivation changes from economics to ensuring equal opportunity,” Baber asserts.

Hiring managers obviously have little direct influence over the admission practices of institutions of higher education, and even sudden, significant changes in those practices would take years to shape the talent pool. This doesn’t absolve them of responsibility to address the problem, though. In the here and now, it’s on human resources professionals and the executives who set their strategic priorities to hire intentionally—to commit to improving gender balance and increasing diversity in their little corners of the notoriously homogeneous STEM landscape.

There’s no easy, global approach to intentional hiring. Every organization has its own short-term talent needs, long-term strategic goals, and entrenched institutional culture. But your company is likely to benefit from at least some of the intentional hiring strategies outlined here. If not, won’t you let us in on your secret and tell us what you are doing to strengthen your workforce?

Some Ways You Can Strengthen Your Female Workforce

Your workforce’s gender balance might not yet be where it needs to be, but your company surely has diverse role models—including, hopefully, women technologists in senior or leadership roles.

Make no bones about giving these inspiring women a soapbox, or at least lending them deserved professional visibility. Invite them to recruiting events, share their stories on your website and in promotional literature, and invite them to pen forthright posts discussing the personal challenges they’ve faced in their careers and the structural problems impeding workplace equity in STEM fields. If they turn a critical lens back on your organization, all the better—candidates, especially millennials, value transparency and don’t expect perfection (yet).

2. Wear Your Inclusive Corporate Culture on Your Sleeve

It’s useless to say you do something when you have no plans to actually do it. That’s just lip service and false promises that won’t get you or your business very far.

Then again, repeating aspirational statements and goals early and often is a surprisingly effective way to bring them to fruition. So, turn fresh eyes on your company’s branding, messaging, mission, and recruiting practices, bringing in outside professionals if necessary. If you lack the authority to make this call, champion it to those who do.

You don’t have to throw out your entire brand and start from scratch—you just need to update it. Suffuse your company’s outward-facing assets, including its website and recruiting materials, with language that celebrates and embraces diversity. Train employees at every level of the organization to embrace diversity, and to discuss it appropriately. Align stated corporate values, mission statements, and strategic goals with an inclusive vision, explicitly calling out workforce diversity and intentional hiring as priorities.

In other words, start with saying that you’re going to make intentional, gender-balanced hiring a priority, and then follow-through by doing it.

Once you’ve imbued the lofty language on your corporate website with inclusive and equitable messages, turn your attention to individual job descriptions, which are arguably even more important to shaping candidates’ perceptions of your company.

According to a fascinating summary from Ere Media, the professional world is littered with loaded job descriptions that reinforce unconscious biases and alienate diverse candidates, including women. It takes surprisingly little to turn a gender-neutral job description into a masculine dog whistle—or, more optimistically, to finesse a macho description into a more appealing document.

And their feminine alternatives:

Comparing nouns and adjectives on an apples-to-apples basis is a bit squirmy, and there’s a case to be made that tossing job descriptions into “masculine” and “feminine” silos actually reinforces stereotypes.

Still, it’s not hard to quantify the impact of a loaded description. Harvard Business Review found that simply leaving out the phrase “salary negotiable” from job descriptions closed the gender pay gap by 45% at one company, as the omission discouraged male candidates from aggressively negotiating during the hiring process.

These biases typically follow problematic stereotypes about both genders—for instance, that women are submissive and should put family above career, so they’re penalized for stepping out and looked down upon for successfully balancing child-rearing with executive responsibilities, or simply not hired at all on the assumption that they’ll leave the workforce once they have children.

Occasionally, these biases morph into something uglier, as women in male-dominated workplaces face intense pressure to remain silent in the face of misogyny or outright harassment—and often face retaliation when they fail to do so. Hiring managers and others in positions of authority—men and women alike—must do their part to keep these biases from corrupting their judgment and impartiality.

Mentoring and championing have their problems. The practices smack of the old boys’ club, where (male) leaders in their professional primes identify promising young (male) subordinates, take them out for drinks every week, and toot their horns to senior leadership at every opportunity. And that’s the best-case scenario. All too often, mentoring relationships form through inherently restrictive back channels, such as fraternities and country clubs, where merit is secondary to loyalty and belonging. Such relationships reinforce inequity.

Is it possible for mentoring and championing to work toward more inclusive and diverse workplaces? Signs point to yes—when mentors and champions cooperate.

If your company hasn’t launched one already, advocate for a top-down mentoring program that connects senior technologists and executives with juniors and new hires. Use the women role models and mentors you’re lifting up as examples of your company’s commitment to diversity, but don’t forget to take advantage of the male allies whose privilege, competency and entrenchment confer both visibility and influence to the women. Trumpet your efforts, making clear your commitment to maximize every new hire’s potential—and minimize the friction they face as they pursue their goals.

6. Forge Partnerships With Organizations That Get It

There’s a grain of truth to the cynical argument that private companies partner with nonprofits and social enterprises to raise their own profiles, not those of the causes they support. All press might be good press, but good press is really good.

It pays to clearly communicate to candidates that you’re committed to the causes they care about and that you’re willing to bring your organization’s time and resources to bear in the effort to create a more equitable and inclusive workforce. Not insignificantly, partnering with organizations supporting women technologists conveys your commitment to maximizing the professional and personal potential of every person you hire, regardless of gender or background.

7. Make the Business Case for a More Diverse Workforce

In The Case for Investing in Women, a comprehensive 2014 paper that synthesized study data and macro trends from the previous decade or longer, the Anita Borg Institute made a strong argument for gender-balanced workplaces. Among its findings:

In isolation, any one of these statistics would be compelling. Taken together, they’re conclusive—and The Case for Investing in Women has plenty more to drive the point home.

This business case for a more inclusive workforce is powerful enough to break through organizational inertia and executive disinterest. Human resources personnel need to champion it at every turn, framing the need for more women in tech in terms every competent executive can understand.

According to a recent study conducted by Emerson, a Missouri-based Technology and Engineering company, the United States is expected to need to fill 3.5 million positions in STEM by 2025. Despite this shocking number, less than 50% of interviewed parents mentioned encouraging their daughters to explore STEM subjects.

What brings hope to this study, however, is that Emerson, as many other tech companies of today, are striving to bring STEM to a larger audience, both male and female, in the hopes of closing the increasing gap between need for talent and the number of trained professionals.

What’s your company doing to improve gender balance and increase diversity in the workplace?

This piece originally appeared on Women Who Code, and was published here with permission.