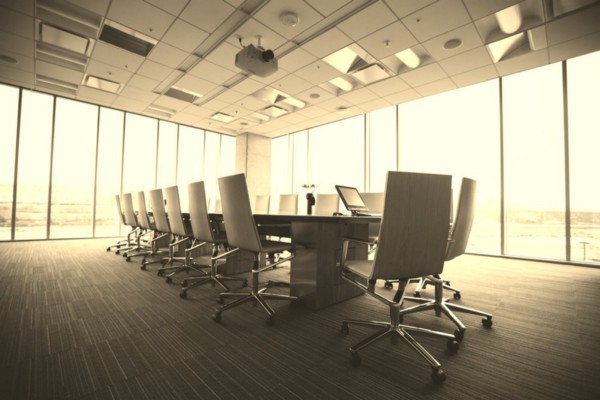 Here’s Why an Inclusion Rider Is Important for Corporate America, Too…

When Frances McDormand took the stage to accept her Best Actress Oscar, she used the moment as an opportunity to highlight issues of inclusion, diversity and equity that were a theme throughout the night and the 2018 awards season. She demonstrated she is not only an accomplished actress, but also a leader in Hollywood.

The final two words of her speech, #inclusionrider, were a call to action to all of her fellow actors/actresses who are in a position to set the tone for so many of the films that are made each year. For those who don’t know, in summary, an inclusion rider is a specific clause in the contract of an A-list celebrity demanding diversity in the cast and crew of the film. You can read more on what an inclusion rider is here.

1. Leadership tone is set at the top, so just do it.

Inspiration and the tone of leadership come from the top of an organization. CXOs, business leaders and function heads etc. can demand action from the people they lead and manage. For example, a leader can say, “I will not accept this role if the team isn’t diverse or there isn’t a plan in place to ensure that diversity is increased in the team in 6 months time.” Or, “We will not hire for any role until at least 4 diverse candidates are interviewed.” There are easy, and legal ways to do this concretely.

2. Allies in power should demand action of managers.

Just as Frances McDormand called on Meryl Streep to stand, knowing that others would follow her lead, powerful allies in corporate America can do the same. As of April 2018 there will only be 24 women CEOs and 3 black CEOs. We know that the vast majority of Fortune 500 CEOs are white men, so we need the support of these powerful allies if we expect anything to change.

Start by challenging leaders and managers to be more courageous and reflective in their own leadership. Ask them to take notice of things like the demographics in important meetings — are they mostly male, white, of a certain generation etc? If so, what will they do to ensure that isn’t the norm moving forward? Require that people outside of the usual suspects get a shot at key stretch assignments or client-facing presentation opportunities. Be specific and lead the way by sharing what actions are being taken in the organization.

3. Corporate Boards should demand more diversity, equity and inclusion of their CEOs and Executive teams.

Since the inspiration for action and leadership happens at the top, Corporate Boards absolutely should be involved in shifting this tide. The 30% club to increase the representation of women on Boards is a great start, but it isn’t enough. The newly formed CEO Action for Diversity & Inclusion is also a step in the right direction, but may be trying to boil the ocean.

CEO’s and their Executive teams are accountable to their Board members and shareholders, so it is reasonable for Board members to demand more diversity, equity and inclusion across organizations. It is simply better for business. Representation matters at all levels of the organization, but if it isn’t demanded at the top, including the Board, then how can we be certain that the best ideas have surfaced and therefore that we have the best strategy for the business?

Set a target for diversifying Board and Executive team representation and a timeline by which you plan to achieve it.

Accountability is critical if the change is going to happen en masse. It is entirely possible to create systems of accountability that are not steeped in punitive measures but focus on upside benefits and rewards for all.

It has been proven in numerous studies that harnessing the benefits of diversity yields increased business results. This means that the challenge isn’t in simply filling quotas, but instead working on how to create inclusive corporate cultures and environments where the best ideas have the chance to see the light of day.

Companies in this 4th industrial revolution should be hubs for innovation lest they be left behind. To borrow from my colleagues in financial services, what gets measured gets done. Let’s make sure we’re measuring the benefits and rewards of increased equity and inclusion.

5. Commit to increasing perspectives, not a decrease in standards of performance.

Leaders need to fully commit to increasing perspectives within their teams and organizations which will increase business results and bottom line returns. No one is calling for a decrease in standards of performance, as is often implied when race and gender diversity discussions are raised.

There are countless highly qualified individuals from a variety of backgrounds for most roles; it is more often the case that we are reluctant to work with someone who isn’t similar to us or who doesn’t have our same experience. It is also far easier to work with a team of people who acquiesce than those with disparate opinions.

Leaders need to boldly embrace finding and harnessing diverse perspectives, including race, gender, major, point of view and more. To do this requires an investment of time and energy, but will yield the best outcomes. Neuroscience research shows us that when we introduce new perspectives to a group, the entire group works harder, gets smarter and has better outcomes. Anecdotal data from various CXOs with whom I work, suggests this is true as well.

A movement began in Hollywood during the fourth quarter of 2017 and has not lost momentum in the months since. The groundswell continues to gain momentum and the tide is turning. It is time to take concrete action or be left behind. This work isn’t easy, but it is absolutely worth doing because we will all be better for it. So let’s bring the concept of an inclusion rider to corporate America together!