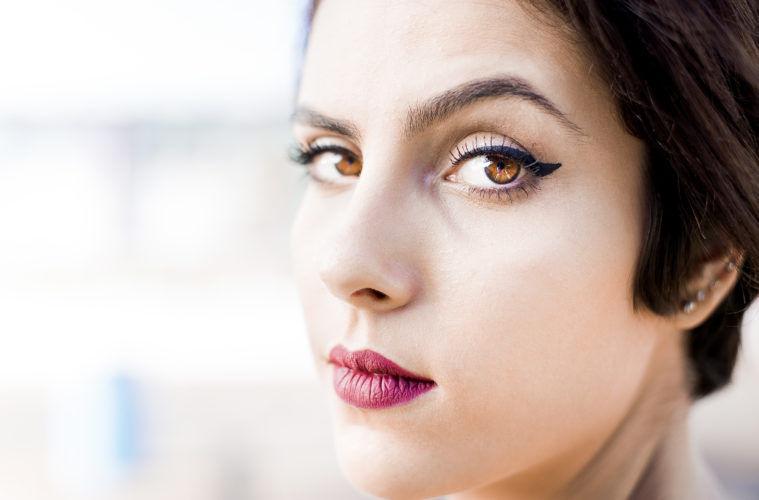 Everyone Feels Weird Around You When You Shut Down Your Company

As a college junior at Washington University in Saint Louis, Missouri, Jolijt Tamanaha achieved a feat that many don’t achieve in a lifetime: she founded, grew, and sold a company.

Farmplicity, a farm-to-restaurant marketplace for the greater Saint Louis area, was acquired by a distribution company, Sunfarm Food Service, in 2014. Before the ink had dried on that deal, Jolijt had already started her second venture—Champio, a social media platform that generated and optimized engagement-inspiring social media content.

Champio partnered with national brands, was a member of the Prosper Women Entrepreneurs Accelerator, and made it to Student Startup Madness finals at SXSW before shutting down in 2015.

But as we all know, failure stories in the startup world become a badge of experience and a possible sign of future success. The end of Champio was not the end of Jolijt’s entrepreneurial journey. Jolijt leveraged her experience and the story of her second startup to get her current position as CMO/CFO at the custom apparel company, Fresh Prints.

As part of an initiative to highlight the voices of college-aged women entrepreneurs, in conjunction with collegiate startup competition Student Startup Madness, we interview Jolijt about selling her first startup, closing down her second, and how she’s helped grow Fresh Prints from a 3-person company to a 20-person company supporting 170 student entrepreneurs over the course of two years. 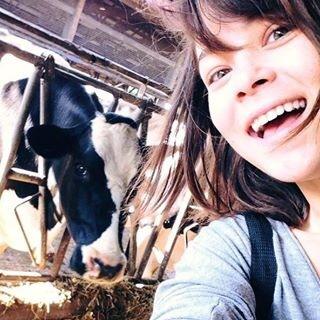 What market gap or insight influenced you to start Champio?

In building Farmplicity, we did a lot of social media marketing, which was really successful! Everyone finds this surprising, but chefs use Twitter a ton (or at least they did at the time—this was 2012).

After selling Farmplicity, I was pondering why were we so good at social media marketing, and I had a realization. It wasn’t that we were necessarily exceptionally talented at it. We were good because it was really easy for Farmplicity to tweet about every valuable moment in the company because the company was so small that I was probably there when there was a valuable moment.

That’s when I thought, ‘Okay. How do these bigger companies do it then?’ You’ve got one person who is in charge of social media. She’s supposed to figure out how to put out engaging brand content, but the cool stuff for most companies isn’t happening in the social media manager’s office – it’s happening on the ground. Even when you think about a company like Subway restaurants, their headquarters is in Connecticut and they’ve got a couple of people there working in social media. But the cool stuff that’s happening at Subway isn’t happening at the office—it’s actually happening at the local Subway restaurants.

I was like, a really amazing software could go in and figure out how to incentivize all these different people who are at ground-level to submit their top 10 moments to the social media teams, and then amplify their reach.

So you have an idea for software—but then how did you build a team around your idea?

If I have one talent in life, it’s probably rallying people. Really, I think a lot of bringing people into an idea is about clarity and about energy. Especially then, I just was very sure that it was going to work. I think that really was appealing to the people that I got to work with. The idea also had all of the components that you look for in a good idea.

Can you describe the Champio product?

Through Champio, employees would get points for submitting social media content into our internal platform. You could hook up your personal account and interact with the social media content before it was published, and then the social media manager would go in and publish out the content onto the different brand channels and all of that employee engagement would happen right when they published it. The post would hit the top of the newsfeed, because the social media algorithm that looked through it would see engagement. And we could predict what posts would be the most engaging based on past performance of posts and how they affected the algorithm.

Basically, that was the whole idea, and that’s how Champio got started. We were increasing average engagement by over 400% on Facebook, Twitter, and LinkedIn. The results are pretty awesome in that sense.

After we had been around for a while, we were getting the returns that our target customer said they wanted, and it was relatively simple content that everyone could understand. It wasn’t the most complicated thing to build. To have all those pieces was one thing, but one part just didn’t happen—actually making any money.

Who were your target customers at the time?

We were working with pretty big companies—brands that were bigger but not necessarily super marketing-savvy. We were talking to Intel for a while, not that Intel’s not marketing-savvy—social marketing is just not their core business strategy. They want to do it, and they want to do it well, but they’re not devoting tons of resources into developing content for their social media following. Those were the sort of brands we were going after.

There is overlap in your time at Farmplicity and Champio. How did you juggle two startups at once?

It was hard. I think the real juggling was startups and being a student. That Farmplicity-Champio overlap, for the most part, was when we knew we were moving towards an acquisition on Farmplicity and it was a slow season for us because Farmplicity was super seasonal. We were in Missouri and the farmers can’t grow anything in January.

What were some of the ways you gained exposure for Champio?

We did a lot of pitch competitions because it’s one of the few ways that we could break into the conversation. It was really useful; I was just always looking for them—I found (and pitched at) Student Startup Madness that way.

Champio is no longer around. What lead you to shutting it down?

A hard lesson that we learned is that nobody, no matter what you do, really wants to pay for social media marketing (at least, back in 2012 when we were working on it—it was still a huge mental block for a lot of these companies). We would see really consistent returns on the metric that all of them said they cared about—engagement—but whenever we tried to monetize that, they were like, ‘Okay, great, we might be interested in paying eventually, but not now.’ But we needed to earn money to be alive.

We were also struggling to raise money because we had to improve the social media metrics over a long period of time, and it just wasn’t clicking with investors. We couldn’t get the conversion right. In August 2015, a few months after I graduated from college, we shut it down.

Explain your strategy for converting a startup failure into a plus for your career.

Basically I was like, ‘Well, shit. I need to get a job.’ I thought, ‘How do I make sure that every single person in my network immediately knows that I need a job?’ I also thought, ‘How do I talk about Champio in a way that makes it okay…because everyone feels weird around you when you shut down your company.’

Shutting down Champio is not something that I’m super thrilled about, but I think it’s very much a part of the journey. Because people feel really weird around you, I needed to find a way to quickly make sure everyone knew I was okay! I just needed some help figuring out what to do.

So I wrote a long piece that’s called Don’t Take Advice and More Startup Advice. It was basically about what happened with Champio and what I learned from it. It ended with a promise to bring those lessons to any company that would hire me.

I posted that on my Facebook, and that picked up a lot of traction. This is how I got a bunch of interviews in just a few days. That was pretty cool. At the same time, some guys who I’d previously known from school who own Fresh Prints reached out because they saw it on my Facebook as well. Their offer ended up being the closest thing to being an entrepreneur, which is why I took it.

What do you do at Fresh Prints?

Fresh Prints is a custom apparel business, so we make t-shirts, tank tops, sweaters, that kind of stuff. But what we do is we find incredible college students and we give them the working capital, the training, and the support to start a Fresh Prints at their school. They do about two months of training and then they do everything from marketing, pitching clients, to working with our art team.

We’ve built a tech backend, so once you have an order from a client and after you’ve worked out the graphics with our art team, and the timeline, you put it into our tech system. Then we process the order and get it to your clients.

So Fresh Prints is like a franchiser that provides the capital to start up?

Exactly. In our mind and vision, it’s this perfect way to build a really awesome custom apparel company. We can give people service that most other companies can’t but, at the same time, we can build these really awesome young people. Our young entrepreneurs don’t take on any financial risk and do get a support network that most students in college can’t get access to.

And you don’t have to have a brilliant idea. You get to use what we already know and still pick up all the other skills of being an entrepreneur and build something.

As the CMO/CFO, you are growing a company. Do you see yourself, in the future, striking off on your own?

Oh yeah, absolutely. 100%. But not anytime soon. The thing that I love about Fresh Prints, this job, is that I still get tons of the perks of being an entrepreneur and still am able to develop my skills at building a business. When I started, I was the first full-time hire. Now, two years later, we’re at 22 full-time people and 170 students working with us on campuses, so this company is going through this rapid change and I’ve been lucky enough to get to be in the middle of all of that.

I think it’s incredible training that’s only setting me up for when I actually do start another company.

The best eight college digital startups in America are set to pitch at the Student Startup Madness championship event at SXSW in Austin, TX this March. Learn more.