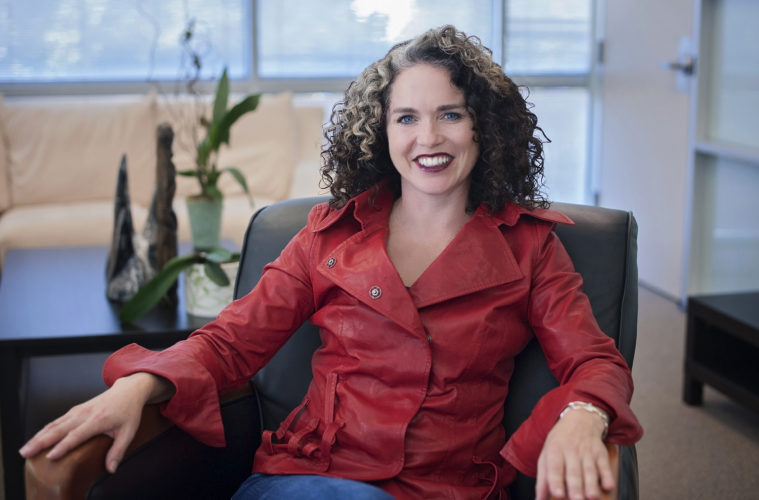 She wasn’t met with any encouragement from clients, but she pushed ahead anyway.

For years, Vanessa Ogle had headed her tech company Enseo, but it wasn’t until she elbowed aside the middle men and took a leap onto center stage that her company, with just around 100 employees, emerged as the leader of in-room entertainment and communications at American hotels.

We hopped on the phone with Ogle and learned a lot about the woman, the company, the tech behind the company, and the bold attitude that was a key ingredient in Enseo’s success.

You’ve made a point of giving your employees part ownership of your company. That’s not an everyday decision.

From day one, I thought it was critically important for everyone at Enseo to think of it as their company, and every dollar as having a vote. I wanted everyone to make good choices and have a lot of energy and passion. I thought that ownership would give people passion. I was probably a little idealistic in the early days.

Sure, some of our long-term employees have been with us and stayed with us, have chosen to learn new things, assumed new roles and new responsibilities, because they felt like they were part of the family. But for a while, the employee ownership thing became much less important.

But now, with my younger Millennial employees, it’s important again! It wasn’t what I was expecting. I was expecting a “What can I do for my résumé today?” attitude. But I love their attitude of accountability, and that they’re taking “doing whatever it takes” to a whole new level.

Attitude seems really important to you. Do you have a good attitude yourself?

I don’t know that I have a good attitude. I certainly have an attitude, which is clear to any and all around me! The one thing we have at Enseo is clarity. I think transparency is critical, not just around organizational goals, but transparency about the health, needs, and interests of any of us, as members of an organization.

When we can focus on the end goal in recognizing that sometimes we don’t need to know exactly where we are to know where we’re going. If someone had said these are the hardships and traumas you are going to face, I would have made different product and customer choices. I don’t know that I would have the courage to revolutionize my company. 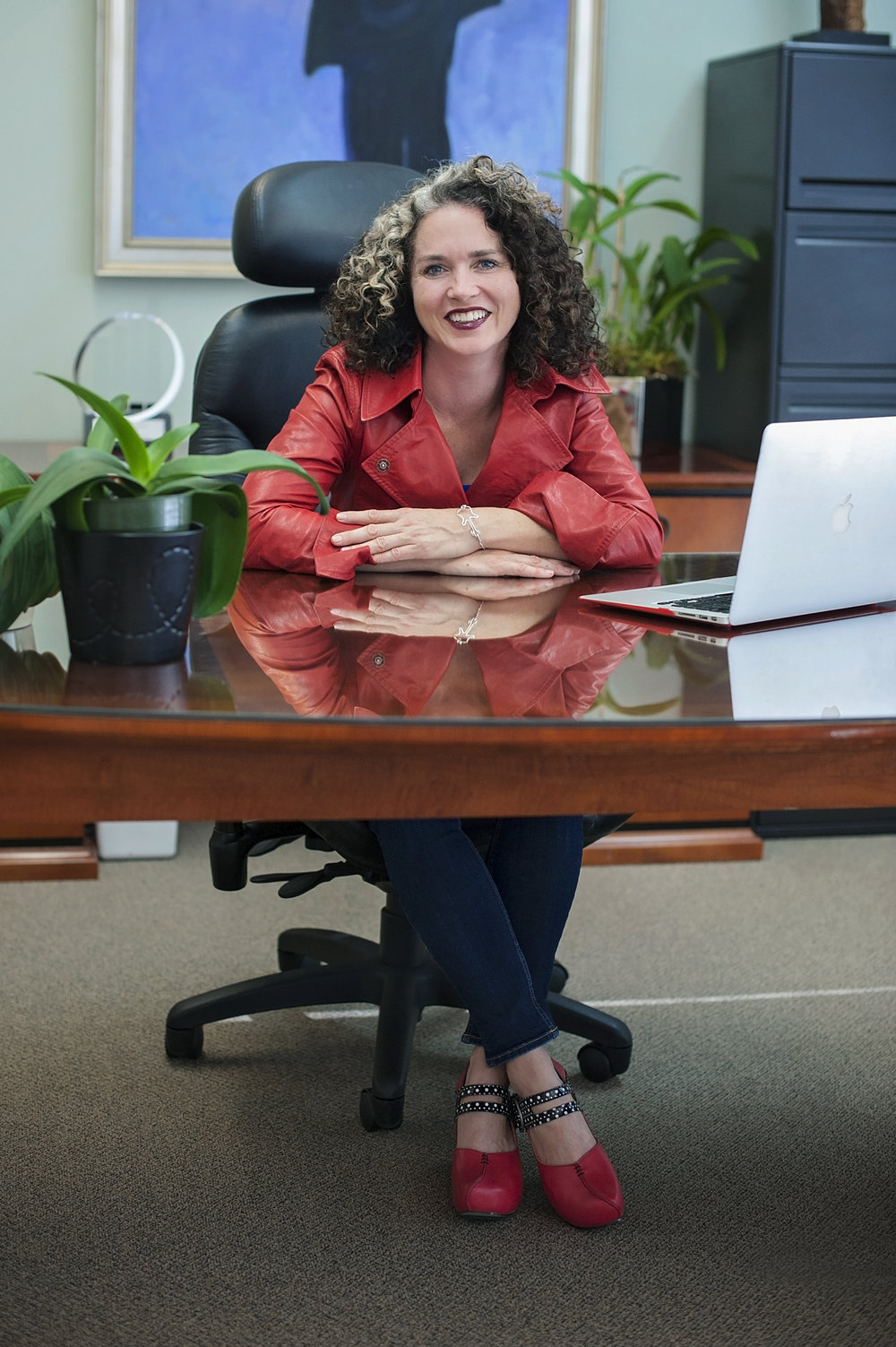 Yes, you made a huge change in your company recently. Talk about that.

Up until about five years ago, we had been a core tech and services provider underlying products that other companies sold and engaged in contracts for, on our technology. We had to hunt and kill new customers ever month.

Five years ago, we made a dramatic transformation and became a services and content provider. We are now the largest fully monitored out-of-home network in the world. We had 45 million users in 2017.

Why do hospitality companies need you even? Why can’t the entertainment in a hotel room be just as good and simple as my setup at home? (I have Roku.)

We want you as a guest to have an at-home experience.

The problem is that you are not at home. You are in the room one night, and my grandparents are in the room the next night. We have to give an experience that gives ease of use, plus enterprise content management. And it’s the brand’s room.

For instance, the Millennium Hotel wants to send a message to you. Do you want a map of the area? Would you like to see restaurants or access the Wi-Fi? So, we create a system in a way that would reach every single guest, no matter what they are used to at home, no matter who they are. Custom integration is required to allow everyone’s mobile device to pair with Bluetooth to those speakers, for instance.

We were the first company to have Netflix in the hotel room, where you can sign into your own Netflix account on the TV in the hotel room, but we also clear those credentials before the next guest checks in. Whatever info you shared is cleared from that system. There are levels of integration with not only the mobile device, but with the hotel, with its energy and cloud management system.

This was a big switch. The transformation to stand up and be recognized as the name and face behind the tech in a million hotel rooms. To stand up and take the responsibility and the accountability, that gave us the opportunity to grow. They could tell us what they didn’t like and we could change it and make it better!

Do you remember the moment when you made the decision?

Remember the story about the Little Red Hen? Who would like to help me bake some bread? Nobody wants to help her. So, she bakes the bread and everyone says, “I want some bread!”

I walked around to every customer and said that I didn’t believe traditional video on-demand was going to work.

We needed to have a platform for their own content for the specific hardware the customer carried. I said I wanted to provide a truly enterprise class solution, and I believed it would be scalable. The same platform for Wi-Fi, TV, climate control…I went to my customers and said this is what we should do.

But each was getting a large share of revenue from sale of movies. They were all very large companies with tens or hundreds of millions of revenue a year. We were small. So we decided to do it anyway. They truly kind of laughed at us, patted me on the head.

But today, they are competing with us, trying to source their own platforms. Let’s just go buy a Roku, they might think. The reality is that those technologies aren’t enterprise class.

Our legacy product was in hundreds of thousands of rooms, but someone else was operating and servicing it. We are now, in a very short period of time, already reaching about the same size, but with our own solutions. We were the tiniest kid on the block and now we are the largest provider. We couldn’t have done it without the support of innovators like Marriott and Millennium and Netflix. They saw and noticed things that are hard to notice. Things like the quality of technology and design. It’s really hard to see how well made it is, if you don’t know what to look for.

You have readers who are coders. They know how hard it is to notice that there’s so much excellence in engineering and innovation.

Who are your investors?

We have no third-party investors at this time. All our growth is zero debt and bootstrap.

As a woman CEO, do you think much about gender and the role it has or hasn’t played in your career?

I don’t think about gender on a daily basis.

But I do absolutely deal with gender on a daily basis, watching my daughters. They are bold. They question the way things have always been. They are always open to a new way of doing things. I do see that my step-son, who is 16, is never questioned or challenged the way my daughters are when they show those same characteristics. There are things that come up by the nature of who we are, a perception of how we should behave or should speak. When we go outside of those norms, we either create challenge, impediment, or opportunity.

When my daughters were younger, I had a nursery at the office. I put a pouch on. I had babies sleeping in board meetings. I had a meeting at the house yesterday. One of my daughters was running in and out of the room. I have lots of friends who are male CEO’s, and I don’t see that they have to dual-track their lives as much. When they do have to make choices, they don’t have to fight the same guilt battle. Am I spending the right amount of time?

I am an expert and case study on the importance of recruiting and hiring well.

One of the things that I’m working on as parent, a leader, and an employer, is to give people freedom to do things differently, even when it doesn’t work. Even when someone does something and you say, “What were you thinking?”.

We must allow people to make choices. If they succeed, they will be celebrated. If they fail, they need to be propped up quickly. Do it fast. I like successes way more than failure, but if you do trip and fall, having a team around to prop you up and point you in right direction is key.

What’s your favorite advice, say, to women on their way to lead a company?

I don’t have favorite advice. I believe that it’s not magic. If you have an idea, and you are passionate about your idea, add determination and willingness to listen when your gut tells you, and you’ll find yourself in a better place.

Are you worried that pretty soon, people won’t want or need in-room entertainment, because everyone will just have their iPad or phone with them?

There are a lot of things that worry me, but that’s not one of them. We have good visibility on what’s coming in the next year or two. We know that mobile 5G networks are coming. We know that cost of running a hotel is important. What we do is so complicated. We’re also the IOT controller. We have this brain in the room. We can control any well-behaved device in the room. So even if there is some better device, implants in our eyeballs even, intra networking is still important.

Ten years ago, I said I wanted to be a mom, and I did that. That’s my favorite title: “mom.” 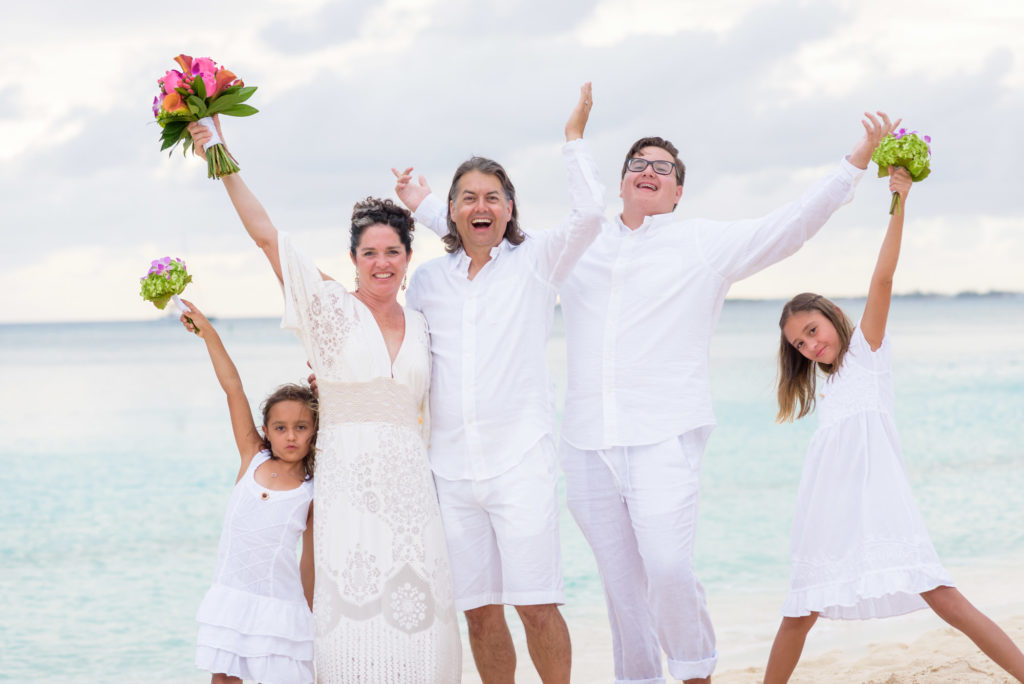 I just got married two weeks ago. I got a bonus 16-year-old son in the bargain. We are two executives.  Paul Bullock, my husband, is CTO at Ciena. And he’s lead guitarist in a Journey tribute band, and CEO of a guitar company.

What’s next? I don’t know. Our customers are great and telling us how we can evolve our product. That’s the great thing about creating a truly well-built platform, designed to sustain upgrades over time.

How involved are you in the tech?

Thankfully for our product, I do not write any of our code, but I am one of our chief inventors. I now hold more patents than anyone else at the company. I pull what the market says it wants into an idea. I have a chief engineer, a lead engineer, an architect. Our tech team is managed in a very nontraditional style, into cells. Cells are incredibly efficient and mobile. The leader in the cell is whoever has more wisdom than other team members, on that topic or project. We have only exceptional engineers. That’s how we make miracles happen.