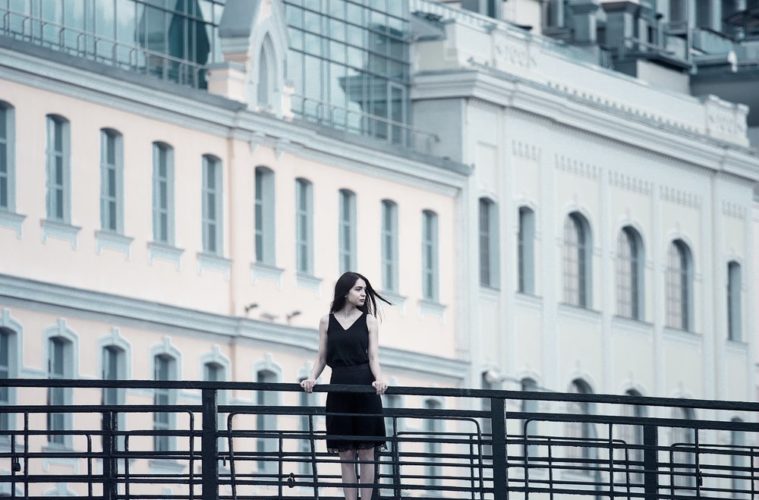 7 Facts About Gender Equality in Ukraine Revealed Through Open Data

This article was originally published by the United Nations Development Program for Ukraine and republished here with their permission.

A close look at new open data highlights where is the glass ceiling for women managers in Ukraine, and how traditional gender stereotypes continue to influence women’s economic activities.

The study “Women and men in leadership positions in Ukraine” produced by the United Nations Development Program draws upon open data available from the Uniform State Register of Enterprises and Organizations of Ukraine (USREOU). It sums up the findings of statistical analysis of the database of all registered organisations (“legal entities”) and individual entrepreneurs (over 6 million entries).

The disclosure of open government data combined with the application of innovative approaches to data processing has allowed to investigate differences in the situation of women and men both at national level and by region, rayon (i.e. district), settlement type and type of economic activity.

Publicly accessible files shared by the Ministry of Justice on the open data portal do not have a separate “gender” field — in other words, they are not disaggregated by gender. However, they contain last names, first names and patronymics of individual entrepreneurs and company managers. Using a specially designed algorithm, the researches managed to identify gender by using patronymic suffixes, e.g. “-ovych/-ych” for men and “-ivna/-yivna” for women (as typical in for Ukrainian names).

This study is an attempt to get a better understanding of the gender landscape in Ukraine and inform policies and actions at different levels to address gender disparities. Beyond the significance for gender action, the use of open government data is also a good example of how innovative data analysis can drive policy and help tackle inequalities.

1. Gender disparity is considerable among the managers, lower among individual entrepreneurs

The overall data set, including both managers of organisations and individual entrepreneurs, points to an overall gender ratio of 60% men vs 40% women leaders in business. However, while women run businesses as individual entrepreneurs almost as often as men do (54% vs 46%), it is much less likely for a woman to be a manager in an enterprise or an organization, including government agencies and non-government organizations (70% vs 30%).

Women make up only 30% among legal entity managers

2. A few sectors are predominantly men-led or women-led

In those sectors which are predominantly women-led, it is more common to find men in a managerial position — compared to the likelihood of finding a woman manager in a predominantly “men’s” field.

The most gender-balanced sectors (with 44–55% of managers being women), include hotels and restaurants (among all entities); public administration, arts/sports/entertainment (among organizations); real estate agencies, health care, and wholesale and retail trade (among IEs). Figure 4. Gender distribution of managers and IEs in each section of the Classification of Economic Activities(CEA)

The only overall sector where women managers prevail is education (69% of managers being women). When it comes to specific activities within a sector, there are several cases where women managers are the rule rather than the exception. Women account for 92% of managers in “hairdressing and beauty business”. The full list of sectors where women managers prevail reflects what is seen as traditional roles for women in households and communities: education and child care, social assistance, trade union activities, hotels, restaurants, retail sale of food and clothing, manufacturing of wearing apparel, beauty business, tourism, arts and recreation, and managing household budgets.

Figure 5. The most common economic activities of legal entities where women managers prevail Figure 6. The most common economic activities of IEs where women managers prevail

4. Men lead most companies in transport, construction, and agriculture

Figure 7. The most common economic activities dominated by men managers

5. In the women-dominated education sector, the share of women in managerial positions decreases proportionally to the age of students

Women hold managerial positions in 98% of pre-school facilities, 87% of primary schools, and 68% of secondary schools.

Figure 8. Share of men and women among managers in education sector

6. In Kyiv, the share of women managers is substantially lower than in other regions

In general, regional differences in terms of gender representation at managerial level are rather minor, except for Kyiv. The Ukrainian capital stands out with a higher share of men business leaders — 66%, compared to the national average of 60%.

The percentage of male managers in the capital generally exceeds Ukraine’s average. This is due to the fact that in Kyiv a larger number of the business analysed are organisations, rather than individual companies. And women representation in the management of organisations, as we have seen, is significantly lower.

Figure 9. Share of women managers and IEs by region

7. The share of women managers and individual entrepreneurs is higher in smaller towns

Figure 10. Share of women among the managers and IEs by settlement type and size

While this publication offers insights and a detailed dashboard showing the standing of women and men in business and civil society, many gender-related aspects are still in need of in-depth analysis and interpretation. To facilitate further analysis, an innovative interactive tool was launched along with the report. It builds upon the same data that was used for analysis, and allows any person to research gender profile of any sector by type of activities or their subcategories.

Study “Women and men in leadership positions in Ukraine” was prepared by UNDP in Ukraine, in partnership with League of Business and Professional Women of Ukraine and Ukrainian Center for Social Data, under the UNDP project “Strengthening SME Business Membership Organizations” funded by the State Secretariat for Economic Affairs of Switzerland.

The presentation of the study and expert discussion was organised by UNDP projects “Strengthening SME Business Membership Organisations” and “Civil Society for Enhanced Democracy and Human Rights in Ukraine” with the financial support of the State Secretariat for Economic Affairs of Switzerland (SECO) and the Danish Ministry of Foreign Affairs.

Recording of this event is available on our YouTube channel.