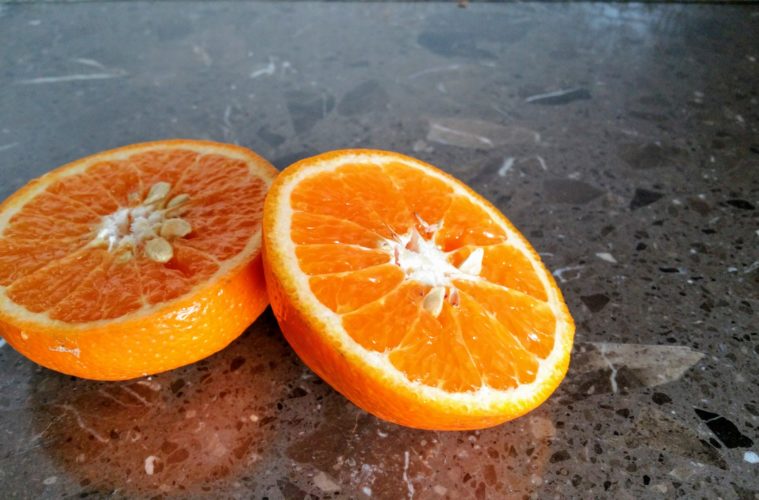 My 50%-in-All Solution: How We Can End Sexism in Silicon Valley (and Elsewhere)

I stopped in my tracks. Although I am a scientist, an entrepreneur, and a feminist, the 10-page anti-diversity letter leaked last month from a (now former) Google engineer, still triggered self-doubt: “Is it true that there are biological reasons leading to fewer women in tech and in leadership positions?”

This is not the first time that this question has entered into my head. Unfortunately, there have been too many instances throughout my career–both in science and in technology– that have made me question my place as a woman in STEM.

I did explore an academic career, but ended up founding a company at the intersection of life sciences and technology. Throughout my academic and entrepreneurial career, I’ve received invaluable support both while pursuing a Ph.D. and two Post-Docs at Stanford and over the past four years since establishing my company. Many professors, researchers, colleagues, industry leaders and investors have stood by my side.

However–and here comes the kicker–despite this support, I’ve still experienced ridiculous discrepancies in how I and fellow female colleagues have been treated by virtue of being women, time and time again.

I’ve had my fair share (or more accurately, unfair share) of experiencing rampant sexism. Sometimes it’s in the form of seemingly little things: being questioned on my professionalism, or having partners directing conversation solely towards male colleagues during important meetings. There have been cases where my ideas and decisions where ignored when I shared them, but they were enthusiastically accepted when they came from a man. I’ve been frequently interrupted and talked over. And in e-mails I’ve been referred to as a personal assistant and asked to schedule follow up meetings solely because I was the only female name on the thread. And there were several more severe cases that I find hard to speak publically about, but at the same time I believe should be addressed. This includes an invitation from a prominent Sand Hill Road venture capitalist to join him in the Jacuzzi for a “meeting.” I have also been inexplicably and unexpectedly physically forced to kiss an investor on the mouth in the middle of a business meeting.

I could go on and on about my own experiences, not to mention the individual experiences of my female colleagues and friends.

Beware of division and infighting

What should be done to combat sexism? We can ignore it and hope it will go away by itself, or we can take proactive action. Personally, I believe that we owe it to future generations to act. This doesn’t mean taking up fighting in a way that will divide us. At the same time, this is perhaps what some political leaders would hope for: to divide and conquer us, and to have us focus on our differences rather than on our similarities and our ability to complement each other.

I have written before on the biases and the gender gap that still persists in STEM industries. It’s hard to believe that in 2017 we still live in a patriarchal society, where men are very much in control of economics, politics, military power and even social values.

Finding the solution to sexism keeps me up at night. I can’t help but wonder what I will tell my young daughter once she steps into the real world and is old enough to possibly experience sexism herself. How should I guide her if she chooses a career trajectory that is similar to mine, and wants to found a startup? How should I advise her to handle meetings with male investors?  Should I tell her the truth about how I no longer attend investor meetings without having, by my side, a man whom I trust? Or should I hold out hope that things will be better in her future?

My proposal: half and half

My proposed solution to combat sexism is “50% in all.” This means having representation of at least 50% women in every company’s management team and board of directors, and also on all decision-making committees in academic institutions. If we, as a society, can succeed in achieving a “50% in all” imperative for women, and making this the accepted norm, everyone–men and women alike–will benefit. The “50% in all” must work both ways. If any board or decision-making management team currently has more women than men, those teams must achieve balance by onboarding more men as well in order to make sure an organization has equal representation among decision-making roles.

In order for “50% in all” to have widespread impact and catalyze real societal change, it needs to be a bottom-up push by us all. As the founder of a company in the biotech and life science space, I’m committed to continuing to uphold “50% in all” within my own company, and making sure that there is equal representation of women in management and on the board. If enough people can commit to this, these changes will add up to something impactful, and will make a true difference in advancing gender equality.

Achieving “50% in all” will not happen in a day, but it does need to be something that we all personally hold ourselves accountable to. And it can start with equal representation for women in any leadership role. For example, having more female judges in our court system would help better address cases pertaining to women. Imagine if a female judge had served on the case of Brock Turner, the Stanford swimmer charged with the sexual assault of a young woman in 2015?

I will leave you with the following thought: How many wars, tragedies, and lives could have been spared if more women were empowered to use their voices to express their opinions at the right time and place? To me it is clear: the empowerment of women has the power to make the world a more peaceful, more pleasant, and better place for us all.

Dr.Karin Lachmi is co-founder, chief scientific officer and president of Bioz, developers of the world’s first search engine for life science experimentation. Dr. Lachmi is an accomplished researcher, and previously served as a managing director of the western region of the Tel Aviv Sourasky Medical Center US. She also worked as a neuroscientist and researcher at Stanford. Dr. Lachmi originally earned a Ph.D. working on brain cancer at Tel Aviv University.