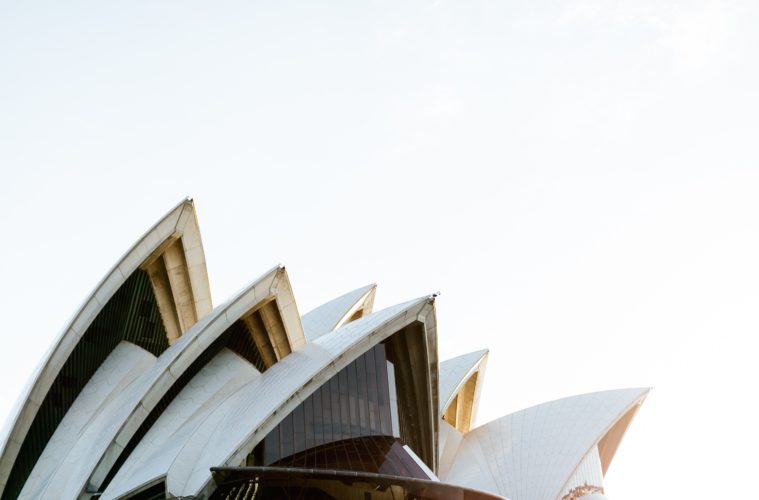 Women in Tech in Australia: Are the Struggles the Same as in the U.S.?

The conversation around the treatment of women in Silicon Valley and female entrepreneurs in general has struck a chord over the last several months. In 2017, only 17 percent of American startups have female founders. However, in a country on the other side of the world, are the struggles the same? I ask female founders to compare their experiences working in the U.S. and Australia.

Building a Technology Business with an All-Female Team in Australia

After 15 years working in Technology and Digital Marketing in the U.S and Australia, Jennifer Fein left her corporate job to travel the world. While traveling, she was inspired to make it easier for people to experience the world and empower them to bring others along using technology.

Now based in Melbourne, Australia, Jennifer assembled an all-female tech team, including a female developer and a female user experience designer, to bring her dream into reality. YouLi, short for “You Live to Travel,” is a digital platform that makes it simpler for organizers to create unique group travel experiences.  Jennifer reflects, “My team is a huge source of motivation. I owe it to them to be a good leader and keep focused on what matters. They provide the discipline that is often lost when you are running solo. I started YouLi to scratch an itch that I have, but I keep it going because I feel we have built something together that matters.”

The biggest challenge at top of mind for Jennifer? “I will be raising capital in the next six months and I’m looking to find the right kind of investor. We seek to be a zebra rather than a unicorn, so we want investors who see the potential for a sustainable global business, not something that requires infinite rounds to sustain.”

There are differences that Jennifer felt working in the U.S. versus in Australia. “I found there was a bit of gender bias in Australia that was more noticeable. However, I came from a very merit-based organization in New York with many women in leadership. The organization I worked with in Australia had an old-fashioned male leadership team that didn’t reward different perspectives.”

Despite the gender biases she experienced while working in an organization in Australia, Jennifer has seen the needle move. “Since that role, I have started my own company and built an all-female tech team, so now I feel like there are plenty of women itching to make a difference in Australia and just looking for the right opportunity to make their mark.”

In her former life as a lawyer at one of Australia’s top commercial law firms, Sheree Rubenstein was known for shaking things up and challenging old ways of thinking. Now, Sheree is a passionate advocate for helping female entrepreneurs build thriving businesses as the founder of One Roof. A multi-national company across Australia and the U.S., One Roof curates female centric co-working spaces and provides the support and resources entrepreneurial women need to succeed.

“For female founders, the challenges and opportunities in the U.S and Australia are similar. The DELL Gender GEDI Report found that while the U.S. and Australia are the top two places in the world to be a female entrepreneur, no country has achieved gender parity in entrepreneurship.” It is this disparity that inspired Sheree to found One Roof. When asked to name a contemporary idol that further fuels her inspiration, Sheree immediately responds: “Dr. Catriona Wallace, Founder and CEO of Flamingo, an ASX (Australian Securities Exchange)-listed artificial intelligence company and the second in ASX history to have a female CEO and chairperson. Catriona is an intelligent, bold and confident pioneer and mentor that is paving the way for so many other women. A truly inspiring woman.” Catriona also said something to Sheree that has always stuck with her, “Sheree get comfortable with being uncomfortable because entrepreneurship is one hell of a long and uncomfortable journey.”

While the U.S. has a more sophisticated startup ecosystem, more opportunities, greater access to capital, and a higher risk appetite, there is also more competition. Sheree believes, however, that Australia can be a great test market before companies go global. Due to a diverse population, successful Australian startups achieve product-market fit in a smaller country before tackling behemoths like China and the United States.

Championing Women-Led Brands in the U.S. and Australia

After spending 12 years working for large Fortune 50 technology companies, I founded POPNOD in 2013, a marketing studio that champions women-led brands. At the time, I had not heard of or seen many female-founded companies. What I quickly realized is that those women were not being talked about. I made it my mission to shine a spotlight on the amazing businesses that women are building.

Over the past year, POPNOD has grown globally, with clients in both the U.S. and Australia. However, I’ve noticed that the conversations around gender parity in business permeates across borders. In fact, gender biases are very much evident in Australian organizations, even more so than in American organizations. One report suggests that to run a top Australian company you are 40 percent more likely to be named Peter or John than to be female. The number of women in key leadership positions has fallen in 2017, with only nine female CEOs and 10 women chairing boards in the ASX 200.

It is with this backdrop that I wake up every day excited to help women-led businesses tell their story. It is not enough to be the best X among women, but the best X period. While Australia and the United States are quite different, many challenges including gender biases transpire across borders. I am inspired by leaders such as Jennifer and Sheree who are changing the world for the better, by impacting one team member, one client, and one woman at a time. Stephanie David is the founder and CEO of POPNOD, a global marketing agency that champions women-led brands across the U.S. and Australia. Stephanie was selected by Business News Daily as one of “10 Female Entrepreneurs Who Inspired Us in 2013” and has been featured on TV and news publications, including Inc., ABC News, Good Morning America, Entrepreneur, and BBC. Stephanie brings with her 12 years of experience in large Fortune 50 corporations, including Microsoft.