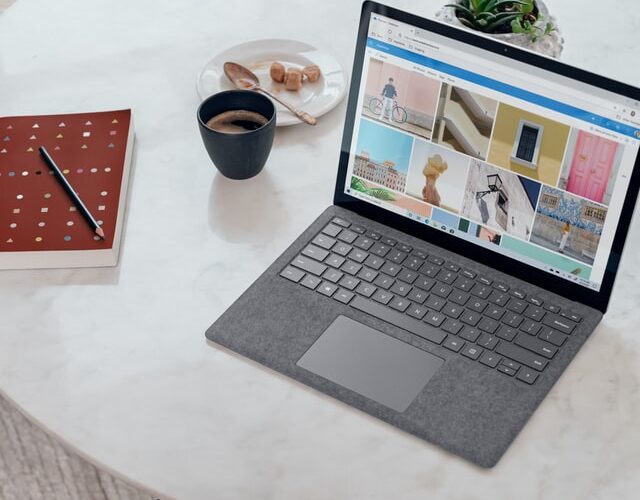 Get inspired and head straight for the top.

One year ago, I was the lowest-level analyst at a Fortune 200 company. Now, I’m a co-founder and CEO. Two catalysts began my year-long path to entrepreneurship: Kate Purmal and Sheryl Sandberg.

Working at the Fortune 200 company was my first full-time job. I started there as a as a Business Finance Associate Analyst with the expectation that real-world finance experience would be useful. I hoped to move to a department of the company more in line with my interest in renewable energy.

I wanted to both have an impact and my work to be hands-on with renewables. But I couldn’t make it happen. When I tried to change departments, I was blocked. I was dissatisfied and frustrated with the limitations of working within a highly political and bureaucratic organization.

Amidst this career dissatisfaction, I attended a talk in September 2013 by Kate Purmal, hosted by Women in Cleantech and Sustainability. Kate’s message was to be bold and cultivate your vision.

Kate’s talk was transformative because she explained women excel all the skills to be great leaders, except one: vision. Women are less likely to dream big and cultivate a large vision, she told us.

So as part of her talk, Kate walked the room through a vision exercise. We envisioned 10 years, two years, and one year out, then physically stepped into our envisioned life two years from now. It was a powerful experience.

Three weeks later, I saw Sheryl Sandberg speak at Dreamforce and received her book for free. I read it through in two sittings. My most important takeaways: You can’t be what you can’t see, and all of us have unconscious biases, despite our best intentions.

I took action. I hosted a retreat for long-term career planning based on Kate’s blog, started a lean-in circle, started a newsletter for women in the energy/environment space, spun my events list into my website and jumped into the startup world.

My husband, Scott Lucas, also encouraged me to start a startup. He saw my potential to build something valuable.

I decided to explore the tech world because any company has a tech component – a marketplace, some data component – but also because tech is where entrepreneurship is happening. I attended a Women 2.0 event where Janice Fraser shared her insights on being a startup founder and it lit a fire in me.

After Janice’s talk, being a founder and growing a business seemed plausible. I only needed to get out there and make it happen. In June, I participated in a Startup Weekend, where 100 people come together to start companies over the weekend – and learned my way around technical people. On Friday night of the weekend, about a third of the participants pitch ideas to the group, then people form teams around ideas and complete a minimum viable product by Saturday.

I signed up for the weekend just so I could learn and observe. I also thought it would be a good idea to pitch an idea just to get the experience. I thought of an idea the Wednesday before the event, and pitched it on Friday night. Five people wanted to join my team!

I had two back-end developers, one front-end unicorn (they’re excellent at quite a few things), and two business people join me in building Connectomatic for the weekend. Connectomatic is an annotated LinkedIn. I could instantly add notes about the people I met – like that they had an Etsy store – and set reminders to contact them.

We created a minimum viable product, and I pitched for five minutes in front of a crowd of 100 people. People came up after I pitched and said how they would use Connectomatic. In two days, I shared my idea and complete strangers built a live prototype! The experience was empowering. It proved that amazing things happen when you voice your ideas and opinions with others: others respond!

The Winding Path to Change

In July, I planned a solar happy hour with WCS, and met Daniel, who would become my co-founder. One month later, I signed up for a one-day prototyping hackathon and invited my newsletter subscribers to attend with me. Daniel and I built Keen Casa, a mint.com for home appliances that encourages energy efficient upgrades. We were in the top five out of 40 groups! Most important, we learned we worked well together.

As I was exploring leaning in and tech, I took a job as a Business Development analyst at a utility-scale wind company in February and was laid off August 1st. It was demoralizing and scary. I had six figures of student loans, my husband earned just above minimum wage as a magazine editor, and we needed to pay our San Francisco rent. Unemployment was my greatest fear, because I grew up in metro-Detroit and knew what unemployment could do to a family.

Luckily, I had refinanced my student loans with SoFi, so I was able to take advantage of their career services. I had weekly phone calls with Bob Park, a career coach, and he kept my spirits up and kept me on track to find a job.

My financial anxieties remained mostly under control because unemployment checks began to arrive. I applied for Covered California, and my husband and I had health insurance for $1/month. The social safety net works.

I interviewed with a solar company though a WCS connection, but things stalled. A wall in my studio apartment was covered with post-it notes with company names, roles and connections. Each day I had coffee and lunch meetings with two or three people.

After the hackathon in August, I thought it would be good to meet up again with Daniel and hear more about the startup he was working on, UtilityAPI. Our mid-September meeting at the SfunCube, the solar startup incubator where UtilityAPI is located, turned out to be more of an interview. Daniel asked me to be co-founder and CEO. I said yes!

It was one year to the day since Kate Purmal’s talk. The same day, the solar company called me at home and asked me to join their team. But I couldn’t imagine working for another company now that I had the chance to be CEO.

Since I became CEO, Daniel and I have raised six figures from Better Ventures, been on stage in front of 1,700 people at Y Combinator’s Startup School, tested our beta product with customers, built a robust customer pipeline, and hired a software engineer.

I went from needing a job to being a job creator in five months. Daniel and I are paying ourselves a modest salary from the money we raised, not to mention paying our software engineer a competitive Bay Area salary.

Had I always wanted to be a CEO and leader? Kind of. Growing up, I was always off doing my own thing and making my own path forward. I knew that it was difficult for me to operate in organizations that were constrained by their own structural limitations.

I always knew I could lead a company, but working from the bottom rung to the top would take a long time – so instead, I started from the top. This is only the beginning, and I have a lot to learn, but the best way to learn is by doing.

My journey over the past year has been one small action after another — small actions that accumulated into a new and fulfilled life. When I’m on the bus home after a long day of customers, investors, advisors and networking, I am overwhelmingly grateful for my life and the dream that I’m living: I’m so happy I get teary-eyed.

My newsletter started with 20 of my friends in energy, then it grew and morphed. I started my events list because I wished I had a go-to list of events to attend when I first moved to the area. I tried something and I tweaked it based on feedback. Now I have 155 subscribers, and more than 60 people read my newsletter on a weekly basis.

My advice to others who are thinking about a startup someday? Start attending events and meeting interesting people. If you continue to do the same things you’ve always done, and expect things to change for the better, that’s insanity. If not now, when? If not you, who? Take action. Start small and watch it grow.

There are many people who supported and encouraged me along my path, most importantly, my husband. I couldn’t have done this without his support and love. Other people who supported me include Virginia Klausmeier, Julia Prochnik, Barbara Tyler, and my in-laws, Don and Vicki Lucas. I knew I could do this because they had my back and believed in me.

Seth Familian, Peter Mullen, and Matt Levene also helped introduce me to the tech scene. Also, thank you to Daniel Roesler, my co-founder who took a big risk on me and saw my potential. Rosana Francescato – thank you for your edits and feedback.

Do you want to head straight for the top?