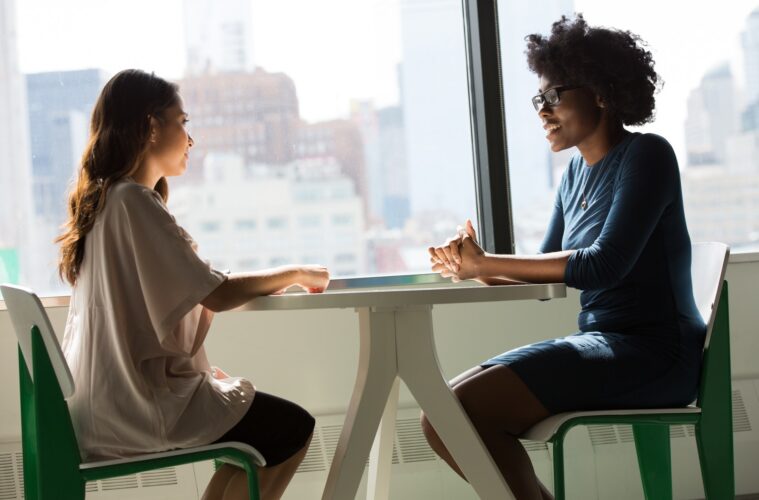 Seeing is Believing: The Power of Leadership Visualization in Technology

The phrase ‘seeing is believing’ is too often splashed across ad campaigns or sewn onto novelty cushions. But despite its tedious overuse, it remains remarkably true: being able to visualize yourself achieving a certain result dramatically improves your chances of actually doing it. This is particularly relevant in industries where equal representation remains a pipedream, such as in the world of technology.

Role models have the ability to influence our decision-making. Seeing someone that looks like you, sounds like you, or that shares a similar background to you doing something admirable works as visual proof that you can do it too. It provides confirmation that your goals are attainable. The power of visualization is staggering: it can transform whole belief systems, demolish preconceptions, and inspire and motivate the next generation of doers to dream big and work hard. It can also help in planning career paths, overcoming set-backs, taking risks and staying motivated in the knowledge that the destination is within arm’s reach.

The stark lack of gender diversity in technology is sadly nothing new. The European Commission estimates that women constitute 17% of IT specialists, and that 91% of raised capital in 2020 European tech was given to founding teams comprised solely of men. There are many contributing factors to this sad state of affairs, and being part of such a minority can be both intimidating and dissuading. The power of representation is one of many effective tools for making lasting change. Having greater visibility of successful women within the industry is a way to hammer home the fact that technology is not reserved for those who fit an outdated, stereotypical, ‘male, stale and pale’ mould.

As well as helping women and girls to think bigger, prominent female role models in technology also act as proof to men that women are both capable and deserving of their place within the industry. It’s hard for anyone to imagine that women are apt CEOs if there are so few examples from which to draw a trend. To put this in context, according to the New York Times’ Glass Ceiling Index from 2018, there were fewer female CEOs of Fortune 500 companies than there were CEOs called James.

By seeing women succeed, men too are shown that it is possible. And for the next generation of boys coming through the ranks, the greater exposure that they have to prominent, powerful women in technology, the less likely they’ll be to grow up with the narrow-minded perception that the industry is still an exclusive boys-only club.

There are few things more valuable for the next generation than messages of support from the right people. The more visible and active women in technology can be as role models, the greater chance there is that girls will emanate their success and pursue their ambitions.

Below is a list of three things that women in technology can do to be effective role models:

Use your voice and take up space.

When women are few and far between, it is crucial that those who have smashed their way through glass ceilings make themselves known. It might be as simple as talking to the young girls in your life about the range of roles in the sector, accepting a speaking slot at a technology event or even participating in a mentoring scheme. The more vocal we are about where we are and how we got there, the easier it is for girls to visualize their own path. And by highlighting our existence in the industry, we can take control of the narrative to show that women should be the norm and not the exception in the worlds of technology and business.

What we see shapes what we believe, and there are a number of ways that organizations can improve female visibility. For example: requesting that gender-balanced images be used on the website and social media accounts; putting female employees forward as thought leaders to comment on relevant industry news; and to have an equal number of men and women as speakers, panelists, workshop trainers, presenters etc. These changes might seem small but they work to overturn outdated stereotypes, challenge stigma and prevent male dominance being a dissuading factor.

We often wrongly believe that being a role model requires a reputable qualification or a C-suite title. In fact, looking up to someone that is closer to your own position and experience can be just as, if not more, inspiring. A closer proximity is more relatable, thus making the end result feel tangibly closer and fuelling your motivation to reach it. Similarly, ‘peer models’ – girls or women working at the same level – are also a powerful way to engage interests, stoke determination and feel part of a like-minded community.

In the words of author and historian Dr Nina Ansary, “it’s hard to be what we cannot see”. The power of representation is key to achieving diversity and inclusion in the world of technology, as female role models can shine light upon what is possible and inspire girls to be ambitious, break through barriers and dream bigger than ever before.