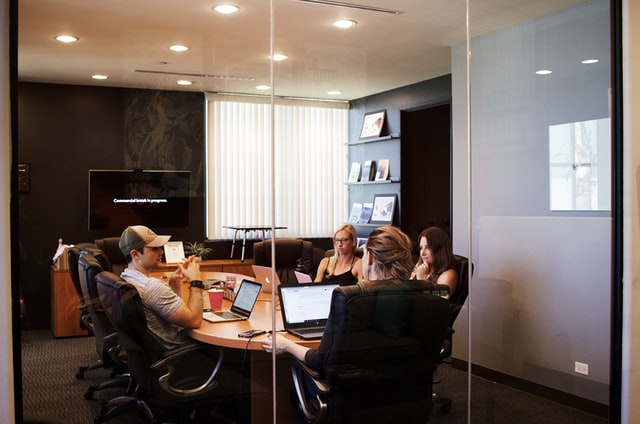 The Current State of Diversity in Entrepreneurship

Below is an excerpt on how to create diversity in entrepreneurship from Beyond Diversity: 12 Non-Obvious Ways to Build a More Inclusive World, a new book out by Jennifer Brown and Rohit Bhargava.

People from marginalized groups have often started their own ventures as a response to workplace discrimination, but these entrepreneurs frequently lack adequate funding or access to support networks. Making entrepreneurship more inclusive will require increased access to capital, active local support networks and well-funded accelerator programs.

In 2016, two researchers from the Vienna University of Economics and Business penned an article for the Harvard Business Review that posed a provocative question: Are immigrants more entrepreneurial? The question was inspired by an experiment where a team of venture capitalists and experts were asked to rate the potential of a list of entrepreneurial ideas, and found that ideas from people who had “cross-cultural experience” received significantly higher ratings than those from applicants with more culturally isolated backgrounds.

Published just months before former President Donald Trump took office in the United States, the authors of the study wryly concluded that “public money may be better spent on building incubators for migrant entrepreneurs than on building border walls.” The comment underscores the tension that has long existed between the opportunities entrepreneurship represents and the reality of who ends up prospering from them. Despite the many ways that the world’s nations have frequently benefitted from an influx of global talent through immigration, a resurgence of xenophobia and racist beliefs from both elected officials and their constituents has resulted in potential immigrants being depicted as undesirable outsiders.

Multiple studies show great economic value in courting and nurturing these entrepreneurs, but the truth is that immigrants and people from other underrepresented groups may turn to entrepreneurship in response to the discrimination they face in the traditional job market and corporate workplace. Across the world, immigrant founders looking to start over in a foreign country are often forced to create their own employment opportunities without an established support network. In this sense, entrepreneurship is not purely an expression of ambition, but also a tactic for economic survival. Perhaps due to this common situation, research suggests immigrants are almost twice as likely to become entrepreneurs as native-born citizens in many countries. Yet it isn’t just immigrant minorities who are starting businesses. For more than twenty years, the Global Entrepreneurship Monitor (GEM) has tracked the rise of entrepreneurship, and after a difficult pandemic year of 2020 where hundreds of thousands of entrepreneurs closed their businesses, the following year experienced a global resurgence—particularly among older entrepreneurs aged 55-65, women, and people of color.

In the United States alone, NPR reported that Americans were starting businesses in 2021 at the fastest rate in more than a decade. While all of this activity isn’t solely due to underrepresented entrepreneurs, it is tempting to see entrepreneurship as the great equalizer to long-standing workplace inequities. More than half of young entrepreneurs, for example, consider age bias to be a factor in why they became entrepreneurs. For the past decade, the GEM report has also consistently shown that older entrepreneurs are one of the fastest growing cohorts. In some countries, people with disabilities have a higher rate of entrepreneurship than those without.

One recent study even concluded that high-net-worth female entrepreneurs could reverse the gender pay gap, earning 14% more than their male peers.

All these statistics offer a positive view of the life-changing act of empowerment that becoming an entrepreneur can be for some people from underrepresented groups—but this isn’t a universal truth. Many of these entrepreneurs still face an uphill battle to grow their businesses, and may also suffer from the lifestyle demands that can come from being an entrepreneur. In other words, entrepreneurship has a dark side. For one thing, many successful business owners tend to glorify their lifestyle of constant work, relentless positivity, and never ending “life hacking” to optimize every slice of every day and night. Even “sleep hacking”—where you quantify and optimize your sleep—has become a rapidly growing industry. This so-called “hustle culture” is simultaneously idolized and criticized—but there is relatively little discussion about how this 24/7 concept of work excludes or disadvantages certain groups of people, such as older workers, those with caregiving responsibilities toward children or aging parents, or those with physical disabilities. Based on who we see celebrated in the media, our perception of successful entrepreneurs also tends to be skewed toward young, tech-savvy White males. Ironically, this is in spite of the fact that the data regularly offers evidence that the assumptions behind these biases are flawed. A study by First Round Capital, for example, demonstrated that companies with female founders outperformed those with all-male founding teams by 63%.

Despite reports like this, the chances of a woman or entrepreneur of color getting funded have long been far less than the chances of funding for White male entrepreneurs. This inequity is steadily becoming more visible, thanks to the efforts of advocacy groups and the underfunded entrepreneurs themselves. As a result, there are more efforts today than ever before to try and address the problem.