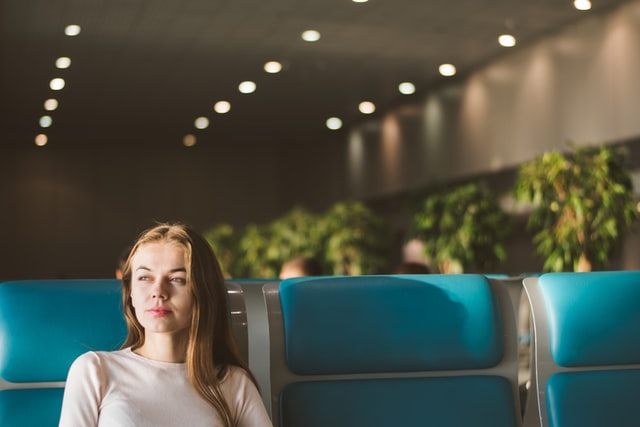 Photo by Artem Maltsev on Unsplash

Regarding my title this week: Maybe it’s because I just watched a “Bread Week” episode on the British Baking Show, or maybe it’s this article I read in Crunchbase, thinking I was going to get a little jolt of elation and then getting to the end on a bit of a downer.

The great news: More female CEOs and founders have gone full-on IPO. The less-great news: We still get far fewer at-bats in the way of the later-stage funding needed to take our companies supernova.

As a founder who has raised later-stage funding, I only saw how hard it was to properly scale after the fact. Admittedly, some of the sandbagging was self-inflicted. It seemed wasteful seeing other companies in my space raising ten times what we were, while staying at approximately similar rates of growth. In fact, I considered it an opportunity to brag about our efficiency.

Later, as I scaled teams for other organizations, I became more comfortable with unnatural growth, basically fueled by ungodly amounts of marketing and sales spend and new hires. I recall joining a new, scaling team and being given a hiring plan. I needed to scale to an estimated 40 people, and it was up to me to decide what these people would actually do.

I appreciate that this article delves into a subject so few female founders know about, and yet so many newly-funded ones will encounter. What does it actually take to scale? This quote from Lakshmi Balachandra, an associate professor of entrepreneurship at Babson College is a perfect encapsulation of the Catch 22 many of us encounter.

“Because you’re not, as a woman entrepreneur, getting the venture rounds… you’re having to grow your business underfunded,” Balachandra said.

I’ve written about this dynamic before. It’s why I teamed up with a dear friend and founded an event in 2016 for female founders that enabled them to see the playing field beyond the seed round. Here’s a good rule of thumb:

Female founders: How much do you think you will need to scale to your next milestone? Start with that number and add 20% for your next fundraise goal. Or, take what you think you can get away with and multiply that by two. Feel uncomfortable asking, but do it anyway. And as you grow, balance your team with 1 efficiency expert to every 1.5 persons you think are out of their mind suggesting you 10x spending on growth.

And remember: You will survive.

There is nothing typical about the typical Unicorn founder

Wait! Don’t drop out of Stanford just yet. Or move your family into a trailer so you can afford living near Sand Hill Road. Or pretend you are on the spectrum: Increasingly, there is no successful founder “type” to have to emulate. According to VC Ali Tamaseb, the truth breaks stereotypes. His book, Super Founders: What Data Reveals About Billion-Dollar Startups employs over 30,000 data points to disprove much of the drivel offered to founder wannabes that suggest how one can be the next Zuckerberg, Kalanic, or Dorsey. According to the book website, some of the successful founder myths that are debunked:

(OK that last one was mine.)

The Trust Tax, or Investment, Depending on How you Look at It

From FS Blog, in this podcast interview with business leader Kat Cole. Thanks for the call-out, Matt from Filament.

When you trust someone and they let you down, just think about it as paying a small tax for the benefit of trusting others more: [T]he frequency that I’m let down is so low compared to the frequency that I’m proven right in people’s potential. And so it just feels like this tax, it’s like a single-digit percentage tax that is a small price to pay for getting all the upside that comes from looking at people as the great things that they are and the possibilities that they have in front of them.”

What if we all looked at each other that way—as if we were all trustable?

And if someone loses our trust? We’re not suckers, or losers for trusting that person in the first place. We simply must recalibrate for the next go-round. Others who earned your trust can add more to their stash. Low harm, low foul, no refusal to trust anyone ever again…

In case you missed it the first time around: I tried something new earlier this summer–a form of self-love that doesn’t involve wine and ends in self-hugs. Read about how breaking up with self-flagellation brought me peace. Thanks Pahla B. for the nudge.

This piece was originally posted on LinkedIn and was published here with permission.