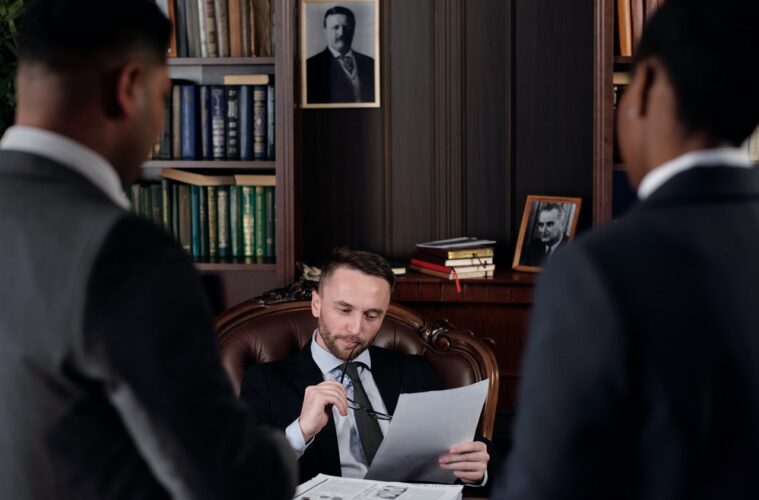 Calling BS On the Pipeline Problem

Last year, Wells Fargo CEO Charles Scharf told members of his own company’s Black talent group that there just isn’t enough Black talent in the pipeline (and was compelled to issue an apology just 24 hours later). I’ve heard this “pipeline problem” argument from white male executives for years. It’s BS. Sharf’s statement, by the way, came just two short months after an announcement about his commitment to diversity and inclusion.)

It’s NOT a Pipeline Problem

But let’s say, for just a moment that there was a pipeline problem. Let’s imagine that there are only a handful of Black people in the whole country who are qualified to work in your ridiculous ivory towers. (Again, BS. But play along with me.)

But It Could Be Your Org Chart…

Does your company have Black professionals in C-Suite and executive roles? I’m not talking about your Chief Diversity Officer, who probably reports to someone who reports to the person who reports to the head of HR. I mean real representation in your executive ranks. No? Why would one of those precious Black unicorns bother to work at a company where they can see they will not be allowed to advance? Fix your org chart before you blame anything on the “pipeline.”

…Or Pay Disparities in Your Company

Have you released company data on equal pay across race and gender? Black men receive $0.87 for every dollar given to white men for the same work. Black women receive just $0.62 on the dollar, despite being the most educated demographic in the U.S. Pay attention to my wording. Black people don’t earn less. They are paid less. Prove that your company doesn’t engage in wage theft before you blame anything on the “pipeline.”

[Related side note: When you want to bring in BIPOC diversity consultants to help you fix your internal problems, don’t ask them to work for free and don’t low-ball the contracts. Pay them what you pay McKinsey or PWC without making them ask for it.]

Is It a Pipeline Problem, or Your Corporate Culture?

Have you assessed your corporate culture from the perspective of Black employees? Each manager in your organization has the power to institute racism, unless you actively root it out. Fix your culture before you blame the “pipeline.”

…Or Your Recruiting Process?

Does your company actively recruit from HBCUs? Not one job fair. A sustained effort. Did you send lily white Becky from HR to tell students how “racism doesn’t exist” in your company, because you don’t have people on your team who represent your target talent market? Or do you instead recruit from the same schools whose degrees hang in the offices of your existing executives? A company filled with grads from the same three East coast rugby teams is going to limit your exposure to “talent.” Fix your recruiting process before you blame the “pipeline.”

…Or Your Selection Process?

Do you redact resumes or let the biases of your managers dictate who gets an interview? How do you prevent them from screening out that handful of qualified candidates named Jamal? How do you keep them from screening out people who live in Black neighborhoods (yes, we’re still largely segregated) or who didn’t go to the “right” schools? Once interviews are scheduled, do you hold your managers accountable for equal treatment of candidates regardless of race? Fix your selection process before you blame the “pipeline.”

Does your company do anything to dismantle a criminal justice system that disproportionately profiles, harasses, arrests, convicts, sentences, and incarcerates Black people? Have you done anything to address the school-to-prison pipeline? There are more people in prison per capita in the U.S. than in any other developed nation. A relatively high percentage of those people are Black. Not because Black people commit more crimes, but because they are unfairly targeted and trafficked by a prison industrial complex designed to profit from systemic racism. If you’re so concerned about a pipeline problem, you’d be doing everything you could to keep talented, high-potential Black minds and bodies out of this destructive machine

.…Or Your Own Screening Criteria

Do you still use background checks to eliminate qualified candidates on the basis of past legal trouble or credit history? We’ve covered the criminal justice system, above. Now, let’s talk about credit. The U.S. is the only country that uses credit scores. This system is also stacked against Black folks. (More here.) If you’re being held accountable for diverse talent goals, maybe put some of your energy into fair credit standards (best case) or removing these steps from your hiring process (minimum effort). Fix your screening process before you blame the “pipeline.”

If You Can’t Solve Real Problems, Step Down

I get it. These are big problems that are uncomfortable to talk about and difficult to solve. If you’re not willing to work hard to solve big problems, step down. You’ve already admitted you don’t have what it takes to be in charge of anything, especially the livelihoods and careers of talented Black professionals.

This piece was written by Amy C Waninger and originally appeared on Living Corporate, and was published here with permission.