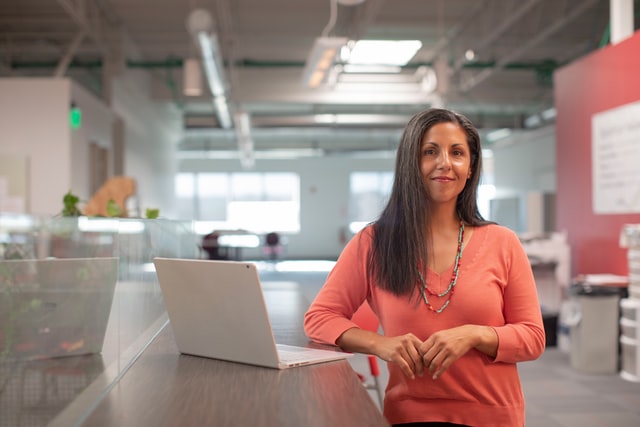 If you didn’t believe it before 2020, it might be time to shift your perspective. Women have a characteristic that, in many ways, makes them better workers professionally, something called the ‘mental load’.

Historically, women have been in charge of unpaid domestic labor in the house. One study shows that 86% of working moms say they handle all family and household responsibilities in addition to their job.

This responsibility starts young, with many parents teaching their girls that cooking, cleaning and organizing are necessary traits to be a successful woman.

At the same time, men may avoid household tasks or make statements like “you should have just asked me to do it” when the groceries run out or the dirty dishes pile up. This means that, not only are women in charge of a majority of the chores, but they’re also in charge of organizing and reminding others to do their share.

Basically, they’re a manager of the household. They organize, delegate and perform tasks.

If you’re having trouble visualizing the mental load, French cartoonist Emma conjured up a cartoon that perfectly showcases the mental load for women. Here’s a tidbit:

Bear in mind that this is a “traditional” household setup, and that not everyone’s home works this way. We can’t pigeonhole anyone into a single stereotype and we know lots of men are indeed helpers around the house.

But, the idea of unpaid domestic labor is all in the name. Homemakers aren’t being monetarily compensated for this work, and many of them need a tangible form of income. This only adds to the workload.

While we continue to work towards creating more equality both inside the workplace and in the home, there’s one thing the idea of “mental load” does suggest – women can handle it.

*I also want to preface this by saying there is nothing wrong with performing domestic duties or taking care of these household responsibilities. The point of these examples is to simply portray how many roles a woman could play on a daily basis, and how this busy mental load translates to the workplace.

How the mental load translates to the workplace

The fact that women are so used to carrying the mental load of the household makes women better workers. Moving beyond young adulthood, we can seamlessly transition to a fast-paced, results-driven work environment.

Our culture believes that men are in charge of the money, but one study actually shows that 71% of female breadwinners manage family finances. In the workplace, this ingenuity makes women more efficient and effective.

Many men are fantastic delegators or innovators, but they often limit their tasks to doing what is asked of them (it’s that whole “you should have just asked me to do it” perspective coming back to bite them in the butt). On the contrary, women spend time thinking about a project, researching that project and ultimately completing that project beyond its initial scope. All the while, they’re finishing other tasks along the way.

In short, they’re badasses in the workplace. Boom, I said it.

The pandemic has many women doing double — or triple — duty

Since the outset of the COVID-19 pandemic, schools and daycares have closed. At the same time, work rolls on — even if it’s remote. What’s this mean for parents? Double duty, at the very least.

In a pre-pandemic study of domestic labor division, 44% of dual-earning couples with children have both spouses working full time. Men performed 7.3 hours of childcare each week, whereas women performed 10.3 hours.

After a reassessment of the study with the COVID-19 pandemic in mind, we’ve got some interesting statistics. In a scenario where both the woman and her partner work from home, the woman performs 65% of the housework while the partner performs the rest.

Another issue is that of single, working mothers. In the US, 70% of single parents are women. Only 20% of single parents report being able to work remotely during the pandemic, as opposed to 40% of married parents. For many, this makes for a childcare nightmare. Even those who can work remotely with their kids at home know the futility of trying to work, homeschool and care for children all at once.

Some parents are concerned about what will happen when the economy begins to reopen but schools still have restrictions like limited days or hours. Many women argue that in today’s age you can have a job or a kid, but not both.

Women continue to work and give the best they’ve got, as is their nature. However, their workload is going up — even if it’s just a result of unequal labor distribution in the home. We fight for equality, but tackle every interjection in the meantime. In fact, there’s an imminent concern that women will be dropping out of the workforce at a higher rate during COVID-19 because of some of the domestic labor issues.

So why are women better workers? They carry the weight of the world on their shoulders and still summit mountains. The global pandemic only solidifies this point. We don’t believe women should be expected to take care of the household, but because they do, we have reason to believe it makes us better workers.

At times, the mental load can be a great burden, and it’s one we continuously work to bring to a better state of equality, while we reinforce work life balance. We wonder how we’ll ever keep going, or grumble over the unfairness of it all.

But most of the time, that lifelong experience makes us women better workers. We steamroll through obstacles big and small, only growing more resourceful along the way. We harness the power that comes with being a woman, even if not everyone recognizes it.

So if you’re truly wondering what makes women better workers, just know that it has a lot to do with the mental load and an unnerving tendency to get stuff done — despite the odds stacked against us.