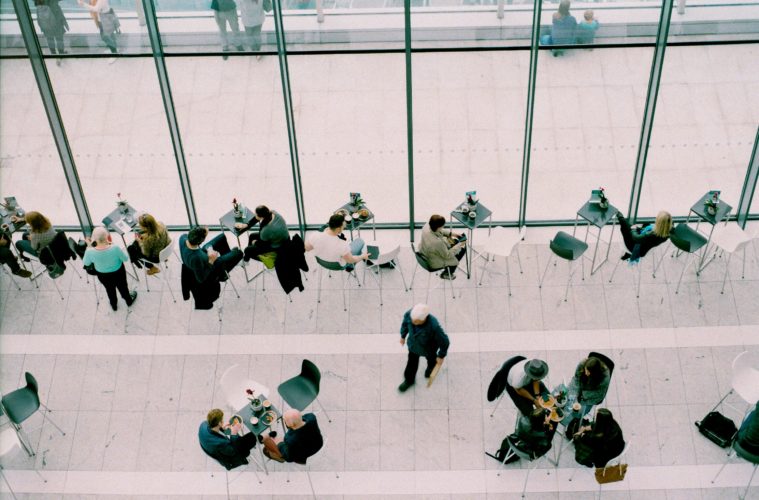 Exactly Whose Job Is It to Tackle Gender Bias?

The recent women’s march in Washington is but one indicator that millions of women think the issue of gender bias has not been solved. Not only is gender bias still going strong in America, it is being routinely programmed into Americans from a young age.

A worrying study from New York University, reported in The Boston Globe, looked at 400 children between the ages 5 and 7. They found that young girls are being led to believe that men are smarter than women, and as a result, are deterred from trying out novel activities or ambitious career paths.

Career disempowering gender bias may exist for generations, unless more is done to eliminate it.

Change must come from many directions

But, why are these stereotypes developing at such a young age?

“It is still unclear where the stereotypes come from. Parents, teachers and peers and the media are the usual suspects,” says Associate Professor Andrei Cimpian, the co-author of the NYU study, “But it is evident that action must be taken so that these biases don’t curtail girls’ professional aspirations.”

Before we get to the corporate context we must look at the home environment. Parents have a big influence on their children’s lives, so it follows much of the responsibility to address gender biases lies with them.

We know that parents—who naturally want the best for their children—are proactive when it comes to combating negative gender stereotyping. I want to share some of the good news stories I’ve heard through the grapevine about parents combating disempowering stereotypes:

For starters, many parents actively avoid over-protecting girls by encouraging them to take the same physical risks and challenges as boys. They also encourage girls to help with tasks traditionally considered male, such as heavy manual or technical chores, and vice versa.

Secondly, other parents have been shown to fight gender bias and help develop an empowered attitude in their daughters by making traditionally gender-specific tasks gender-neutral. Girls can work in the toolshed too.

Gina Davis, actress and a leading campaigner for gender equality, explains how her assertive attitude came from being properly empowered as a child. Her dad encouraged her to help him with tasks that could be considered traditionally male orientated.

“I remember as a child there was a hurricane and the power had gone off, and [Dad] had said, ‘Come, we’re getting the kerosene lanterns out of the storm cellar to bring into the house.’

I remember going outside in the storm and down into the cellar helping him. It was always like that. ‘Come up on the roof, we’re putting shingles on.’ I felt like I could learn and do anything.”

Finally, there is room for some direct education too. We have seen many parents doing this too by challenging common gender biases they see against girls in in the media or traditional fairy tales, so girls and boys don’t think this is the accepted norm.

This video titled, “Like a Girl,” by Dove, takes the issue of negative gender stereotyping against women to task. It’s enlightening and ultimately empowering.

It’s clear  that  parental coaching and mentoring is preparing  girls to eventually overcome the well-documented gender bias waiting for them in corporate America.

(Image courtesy of Women in Workplace 2016)

Despite a corporate focus on diversity and equality, this Women in the Workplace study involving 30,000 employees has found that, ‘women are still under-represented at every level in the corporate pipeline.’ It’s no secret that gender bias is holding women back.

What is corporate America doing to combat gender bias?

From the first day they enter corporate America, women face a huge challenge of negative gender bias. This isn’t to say women aren’t up to the challenge. A recent article on Monster.com by Catherine Conlan surveyed successful women and outlined three clear counter strategies that women are using to tackling gender bias head on: These are:

Even though women are effectively challenging gender bias, the corporate organization has an important role to play too. The question is, how much are organizations themselves doing to tackle gender bias in the HR process?

Progress is steady but slow.

Some companies are adopting an anonymous résumé policy when hiring, meaning that résumés are stripped of names and key demographic identifiers. This can help bring more neutrality to the selection process.

Google itself owned up to a lack of diversity–the organization is 70% male–and by being transparent and acknowledging their problem publicly, they have built some momentum to improve.

Other organizations are following suit: this form of transparency helps build industry-wide awareness of the problem, and will create momentum.

There are positive signs that things are changing, as companies such as Alaska Airlines, BAE Systems, Northwestern Mutual, and Rockwell Automation – recently awarded the prestigious 2017 Catalyst Award – and many more, are taking steps to eliminate gender bias, and their diversity & inclusion initiatives are making a difference.

But, there is still a ways to go. At the current rate of progress, it could take over 100 years for us to reach a state of gender parity in the C-Suite.

Change is needed now, and more of it needs to come from white leaders – the dominant working group leading corporate America – if we are to accelerate the move to towards gender parity.

White men in the mirror

To help accelerate change and with their inclusion programs,  our clients are “asking” white men to look in the mirror and ask themselves, What am I doing to address gender bias in my firm? Are you on the sidelines? Should you be doing more?

We must help white men leaders see how privilege afforded by their “white men culture” drives unconscious bias, and unconscious cultural incompetence in the workplace. Only by raising this awareness can we begin to transform mindsets in a way that creates courageous white men leaders, energized to partner with the non-dominant groups who, on their own, often do not have sufficient influence to transform workplace cultures. And it is vital that we recognize that gender equity success will not occur with check-the-box or quick-fix solutions.

Instead we must bring business leaders to heightened consciousness and greater competency while growing the courage needed to engage in difficult conversations. We need to engage men, and have men see that gender equity is also a men’s issue. Only then will individuals, teams, and the organization move to create transformative workplace cultures that drive a company’s growth. Bill Proudman, WMFDP CEO Co-Founder, is White Men As Full Diversity Partners (WMFDP) co-founder and CEO. He pioneered white-men-only workshops in the ’90s after noticing white male leaders repeatedly disengaging from diversity efforts. Bill’s provocative work led to founding WMFDP. For over 35 years, he has served as a leadership development consultant, coach and facilitator to countless organizations on issues of team effectiveness, cultural competency, and diversity.