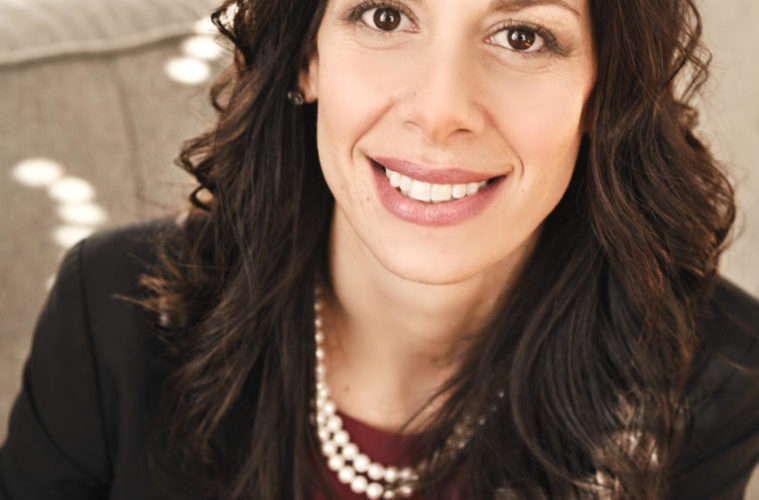 In 2015, Carisa Miklusak and her two co-founders, Summer Crenshaw and Luke Vigeant, incorporated one of the first AI-powered recruitment platforms in the world, tilr. The company has all the hallmarks of what’s trending now: It’s a platform company that relies primarily on its tech (using an algorithm that matches job seekers to employers based on skill keywords rather than job titles), it capitalizes on the explosion of the gig economy, plus taps into the desire for curation and automation, and last but not least, it helps companies decrease hiring bias by bypassing gender, name, ethnicity, and age.

And there’s another key trend tilr exemplifies. The increasing viability of startups far from traditional startup hubs of Silicon Valley and NYC.

Was being in Ohio much of a plus or minus? We talked to Carisa to get her take on growing and fundraising in the “Heartland.”

Interestingly enough, Cincinnati has quite the startup community and has been incredibly supportive to tilr. Since we chose Cincinnati as our headquarters several years ago, the Midwest has become a hotbed of attention for venture capital. I wish I could claim that I was savvy enough to have anticipated that when choosing a location to base tilr.

After deep analysis of a matrix of criteria, including job statistics, legislative and business landscape reviews, Cincinnati and a few other cities continued to rise to the top of our list. In full candor, what tipped Cincinnati over the top after the analysis was three-fold:

Two major opportunities of running a business in the Heartland are proximity to diverse customers and access to mature talent. 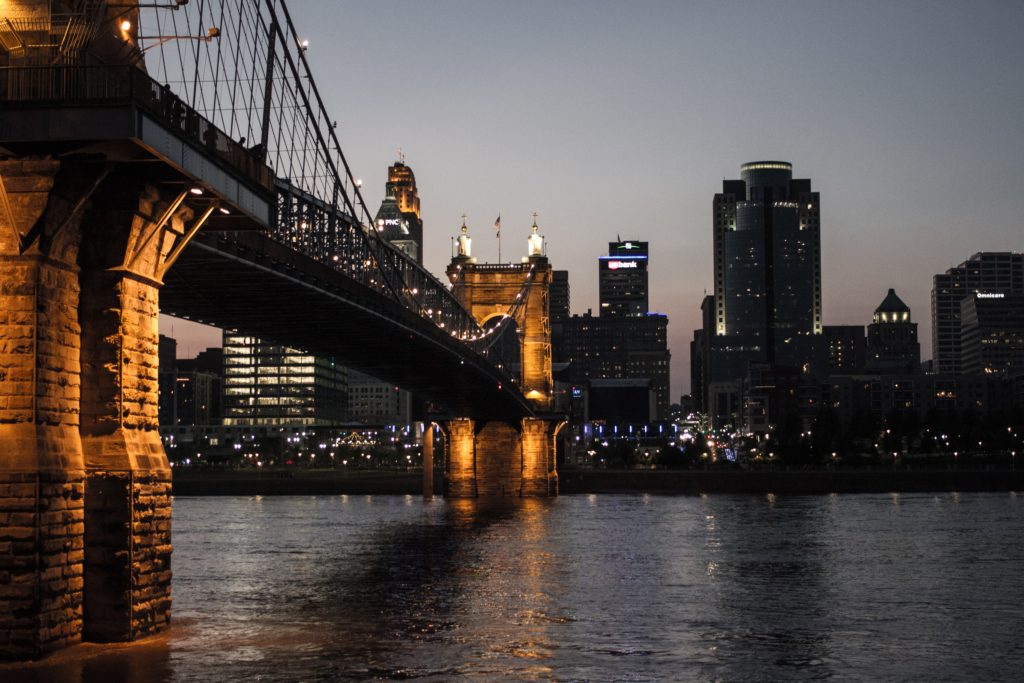 The area comprises of a beautiful mix of customers that range from long-standing ma-and-pa establishments to some of the country’s largest organizations, which are headquartered there. The Midwest is said to be the world’s fifth largest economy and it’s also known to be focused on innovation, an attempt to keep up with the coasts. Our proximity to these diverse companies leads us to naturally interact with them, and they’re very prone to adopting new tech innovations, so it’s a ripe ground for companies like ours looking to quickly introducing a new product to a large base of customers.

When it comes to talent, there’s an unfortunate myth that the Midwest is lacking, and it’s actually quite the opposite. The Midwest offers some of the best schools in the country, and has both entry-level but eager talent, as well as more mature talent with diverse, nationwide experience. There is a strong trend for those from the Midwest to return in their later 30s to mid 40s and, in doing so, they infuse the Midwest with experienced skillsets rich in global perspective.

They’re very prone to adopting new tech innovations, so it’s a ripe ground for companies like ours looking to quickly introducing a new product to a large base of customers.

Does your location work for you or against you when you’re fundraising?

Traditionally, I think that the Midwest has been a hindrance for fundraising with the majority of investment taking place on the coasts. However, in the past two years, there has been a great focus on Midwest-grown VCs investing locally, and also West and East Coast VCs actively seeking Midwest investments.

I attribute this recent pivot, which, by the way, has been 100% fabulous for tilr, to two main factors.

First, the West and East Coasts are overcrowded and overfunded. There are so many startups and so much capital invested that, at some point, things just become too crowded to be truly meaningful and startup talent becomes tired. In the Midwest, as startup communities are less mature, talent is energized and there are green pastures for investors to make their stake.

The second reason is that it seems investors have caught wind of the way Midwest founders build startups and begin to scale toward success. Whereas profitability is almost a bad word on the coasts and head-over-heel reinvestment to grow as fast as possible leads all else in valuation, it’s different in the Midwest. Here, founders work toward break-even earlier as part as the expected formula toward funding, earning the right to expand. After years of putting investment before revenue, this more conservative or “Midwest” approach to growth and scale is enticing.

How is tilr addressing bias in recruitment and hiring?

Diversity and inclusion are at the core of tilr’s foundation. It’s a critical topic for many of our clients, as well as critical topic for society.
Unfortunately, unconscious bias still exists in the hiring process and it can impede diversity recruitment. It’s one of the reasons that we decided to build a technology that renders things such as a job seeker’s name, gender, age and ethnicity obsolete. The algorithm does not take any of these characteristics into mind when making matching decisions, but rather purely focuses on one’s skills and proficiency in relation to the job requirements. Hence, when clients use tilr, it’s impossible to make a conscious or unconscious biased decision. By fulling automating the process and relying on the data and science behind the algorithm, we remove full bias from the recruitment process. It’s a win-win because people aren’t overlooked for jobs that they’re qualified for, and companies benefit from the new thinking and innovation that comes with a diverse workforce.
Whereas profitability is almost a bad word on the coasts and head-over-heel reinvestment to grow as fast as possible leads all else in valuation, it’s different in the Midwest.

Do you have an entrepreneurial background?

Although my parents are both entrepreneurs, I did not study to become an entrepreneur. Rather, I was very focused on international politics and culture. It was through my involvement in leadership at Careerbuilder.com – learning to develop sales teams and then business units – that I recognized my love for building and scaling businesses. I then went back to school to pursue an Executive MBA where I focused on learning in new ventures, startup marketing and more. In early 2008, I launched and bootstrapped my first startup, tMedia, which saw solid success. I closed tMedia in October 2015 to focus my full attention on tilr’s success.

What has been the key for you to get out of startup mode and grow your business?

I think the key for us has been to think of ourselves as the value that we deliver – no more and no less. This allows us to focus on the problem we are solving for our clients and communities and the value we provide.

With this type of focus, it doesn’t matter what stage of business you are in – you just center your efforts on incrementally providing more and better value to your growing base of clients.

We’ve also built our business for success and scale. We invested early in the infrastructure needed to support a scaled business, a decision that has allowed us to grow quickly and at a low incremental cost as we’ve accelerated. We’re about to launch into a number of new markets at once, which is something that would be impossible if we hadn’t had the forethought to build our infrastructure the way we did.

What type of manager are you?

At tilr, we believe in leadership by example. We work to hold ourselves accountable to building the types of relationships with our team that transcend processes and systems.

I strive to be an inspirational leader – by connecting people to our mission and vision, empowering them to make a major impact and attaching their work to greater difference we are making as an organization. In my mind, the key to leading a high-performance team is to inspire them to work toward a goal, rather than managing them to it. This way the team works in the same regard when you are present and when you are not, and also willingly gives their discretionary energy. 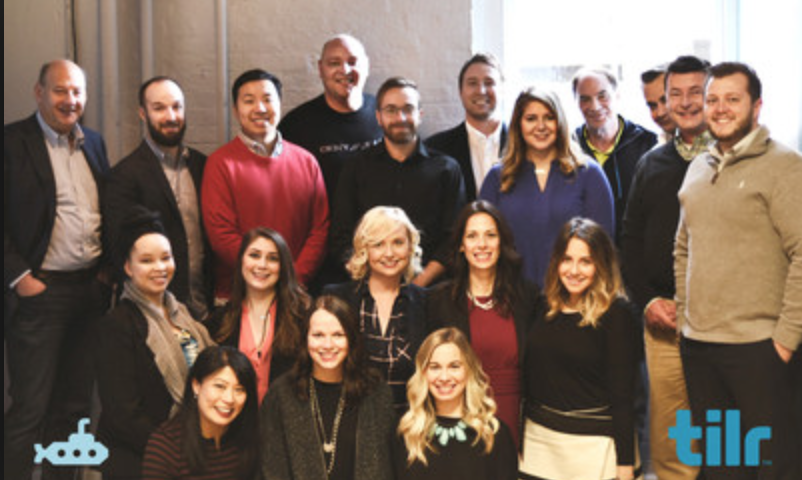