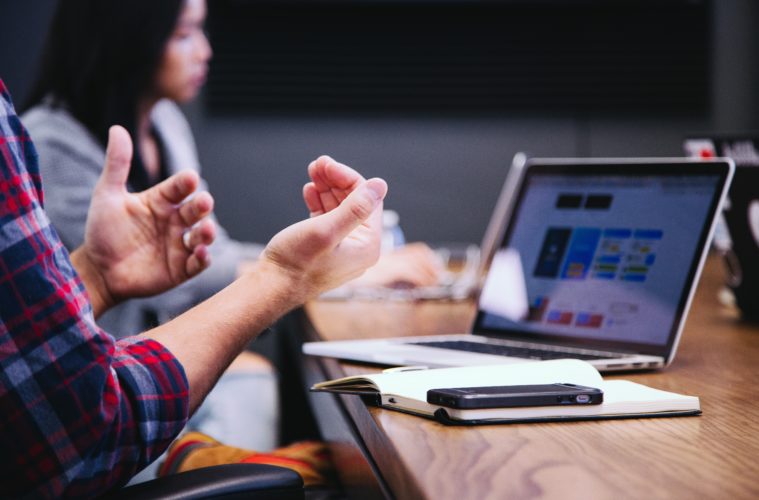 I’ve been fortunate to spend my 12-year career in tech at companies surrounded by supportive colleagues, empathetic leaders, and generous mentors. As I’ve advanced in my career, I’ve come to more fully appreciate the role that people in positions of power play in defining an inclusive culture by ensuring diverse representation and lifting up people who might otherwise find themselves on the outside of an industry like tech, which is overwhelmingly white and male.

Now that I’m a leader myself, I have the platform, resources, access, and experience to help those who don’t. I’m part of making key decisions about hiring and compensation. I own a budget and manage a team. I can play an active role in ensuring that diverse representation and fair treatment are everyday realities.

This change involves more than giving generic advice like “find a great mentor” or “demand to be paid what you’re worth.” When you aren’t in a position of power or don’t have an existing support network, it can be quite hard to do those things. Leaders—men and women alike—can drive this change from the top down. But this requires awareness, ongoing work and some heavy lifting. Here are my suggestions for affecting change at your company:

Advocate for diversity in your hiring plans and set concrete goals for gender, racial and ethnic representation. I think about the example set by the music-streaming company Pandora. In 2016, the company set the goal for its workforce to reflect the diversity of its local communities (Oakland, New York, Chicago and Los Angeles), which means increasing the percentage of employees of color from 35 percent to 45 percent by 2020.

As I’ve advanced in my career, I’ve come to more fully appreciate the role that people in positions of power play in defining an inclusive culture.

This approach to representation should impact how you source and hire candidates, evaluate compensation and measure promotion parity across your company. It should also influence seemingly smaller opportunities for representation, such as your website and events. I’ve been to too many industry events where the speaker line-up has been entirely male. If you’re involved in organizing events or making decisions related the budget, ensure you’re reflecting the broader community—for instance, a keynote lineup that is 50 percent women and 50 percent people of color. SaaStr made some good strides in this regard in 2018.

A note on representation, particularly in the context of events: if there is a relevant discussion to be had about people’s experiences, for instance as a woman in tech, make it a panel and/or promote the session that way. If that isn’t relevant to what will be discussed, however, don’t call it out. Put those folks in the lineup like you would a white man, no explanation needed.

I argued with some conference organizers a while back about a similar scenario. I was speaking on a panel about marketing and technology, which they were promoting as a discussion about “women leaders in tech.” The discussion had nothing to do with our experiences as women—men could just have easily been the speakers. I felt they were sending a tone-deaf and ultimately demeaning message: “Look! Women can be smart, and leaders in tech, too!”

2. Help people know and demand their worth.

There is still a significant wage gap between men and women in tech, and for women of color, the inequality is even greater. As a hiring manager and as a leader, you’re in a position to help close this gap by becoming an active steward of equitable pay. Don’t just advocate for your own salary; look out for employees who might not know how to negotiate for what they’re worth. Whether or not you’re mandated by law (California, for instance, now bans employers from asking about a candidate’s previous salary), offer compensation based on fair market rates rather than what an employee has made in the past.

Have you seen The Dot, our yearly membership for D&I leads and enthusiasts? We’d love you to join us. Use the code SMILE to enjoy a 35% discount of the first year.

Research the appropriate salary brackets for each level or role in your company. Share these brackets with your employees in an anonymous, data-backed way. Clearly explain how compensation ranges correspond to particular skills and contributions.

3. Commit time and resources to mentoring people from underrepresented groups.

We often put the burden on mentees to make the most of their mentor relationships. But it’s difficult to do without experience or context that’s gained with work experience.

Seek out those around you who might benefit from a mentor. Make it easy for your mentees to spend time with you and find the resources they need to develop professionally. Identify the time it takes to meet one-on-one with people on your team, both formally and informally, and commit to it. Schedule lunch once a quarter and stick to it. Introduce your mentees to leaders in your network who specialize in their area of work. Bring people into your office for Q&A sessions. Help your mentees identify conferences and pay for them to go. Attend networking opportunities together.

4. Take time to truly understand the schedules and availability of everyone you work with.

Ensure networking opportunities and social gatherings occur during times and locations that include the people on your team. Since becoming a parent, I’ve realized how difficult it can be to participate in networking and team-building events that revolve around after-work drinking. As a team or company leader, think about the potential restrictions of people on your team, who might be caregivers, parents, or working more than one job. Instead of relying on happy hours for everything, organize breakfasts and lunches. Schedule workshops and off-site meetings during regular work hours.

As people in positions of power, who have resources and experience to offer, we can be catalysts and ongoing champions for change. Let’s focus on the positive action we can take to lift up folks whose voices might not otherwise be heard.