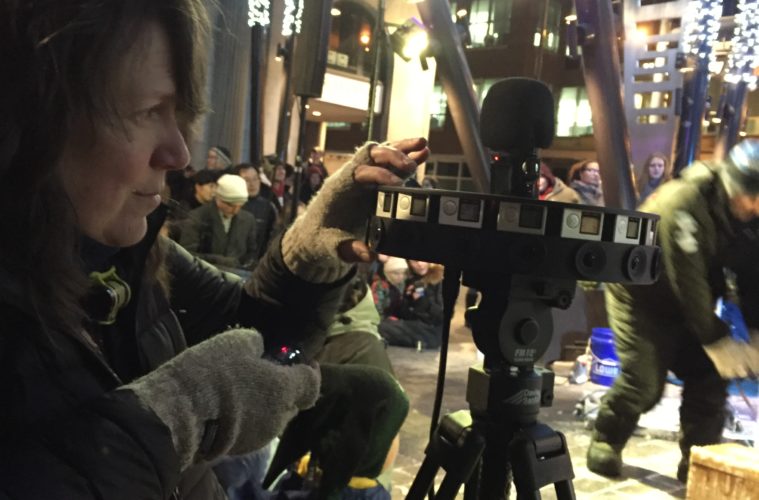 Founder and filmmaker Becky Lane wants VR to be layered and meaningful — not just manipulative.

You can find 360 cameras the size of a credit card—basically just two fisheye lenses back to back—but VR (virtual reality) cameras are a whole other ball of wax. The GoPro Odyssey, for instance, looks like a triple-sized slide carousel or small UFO. It’s a circle of 16 synchronized cameras arranged in a ring eye-distance apart, seeing all. Just one minute of footage captured on one will take up to 10GB of storage space.

It’s a $15,000 camera, and so few independent filmmakers, let alone hobbyists, have had a chance to play around with it yet.

Enter Google. Their Jump Start program lends state-of-the-art VR  video cameras to a diverse group of visionary filmmakers–artists, documentarians, scientists, journalists. After all, if the new technology isn’t in those kind of hands, it will get used instead only by video game makers, marketing departments, and pornographers.

Winners of Google’s third class of the VR camera program included a Puerto Rican filmmaker documenting hurricane damage, a Canadian making a horror series, and Becky Lane, the American filmmaker behind The Chanticleer, an award-winning lesbian pulp noir web series. With the camera loan, she is now making an interactive VR exploration of the history of burlesque.

Lane’s VR film aims to be a textured, titillating, awkward, and fascinating decade-by-decade reenactment of burlesque.

The twist? The performers in her VR film are current day burlesque dancers, women in their 20s, 30s, and 40s who put on racy shows in various downtown venues in Lane’s town, Ithaca, N.Y. So, they’ll be playing parts—embodying real dancers from the past, but also speaking as themselves, unscripted.

“I want to look at the disconnect between what you hear and what you see– not only in burlesque performance, but women’s societal  performance,” Lane says. “I hope it raises a lot of questions and discomfort. Yeah, it’s sexy, but what were these burlesque performers going through in the 10’s, 20’s, 70’s? What are women going through now? How have things changed or not changed?  It’s going to be interesting to see what they [the actresses] have to say. I’m ready to be surprised. Some might say ‘I want to be objectified.’ On the other hand, many of them are tattooed and pierced and have definitely taken ownership of their own bodies. They talk about themselves as being the thinking women’s burlesque and they find it personally empowering.” 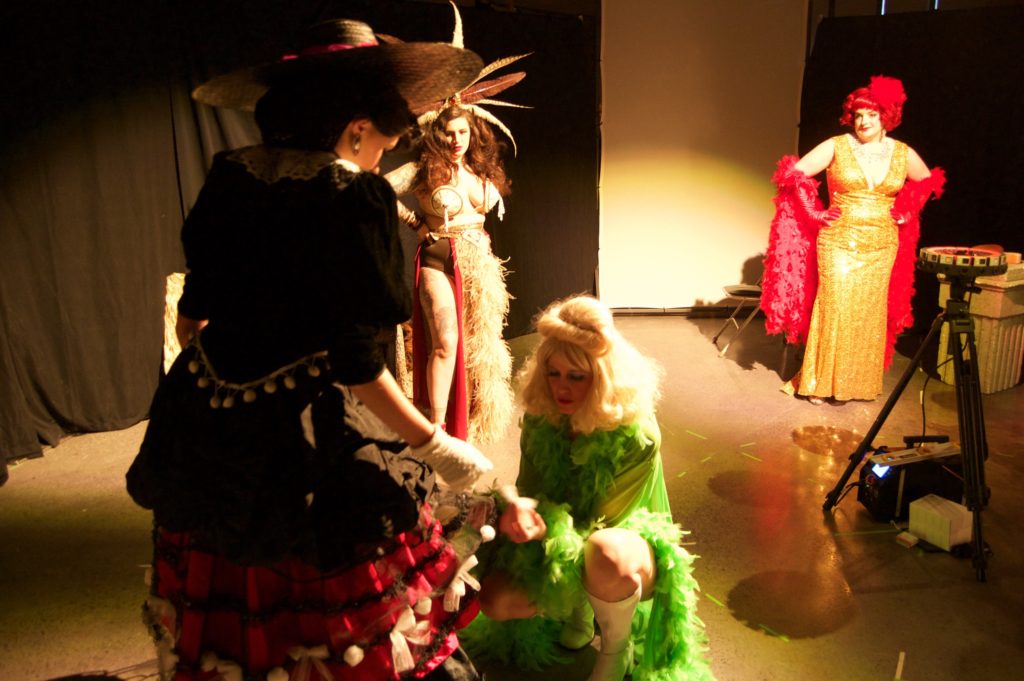 Lane always tries to approach filmmaking this way: explore a meaningful question she doesn’t know the answer to, with open-minded curiosity. She makes films in order to see what will happen. Only this time, she’s doing it with a camera that produces 360, stereoscopic 3D footage.

Since VR footage must be viewed through a headset, of course, and those headsets range in price from the $99 Google Daydream View to ones for over $700, the viewership is still limited by that price barrier and that willingness to strap a clunky thing to your head. But once you do, the view is nearly indistinguishable from real life.

“With this VR technology,” Lane says, “someone walks past you and you can feel the breeze.

A year ago, Lane founded a virtual/augmented reality and 360-video production company VisionLab360 and set up shop in the local startup incubator in Ithaca, N.Y., Rev Ithaca Startup Works. Although she’s an artist too, she is very much interested in the commercial possibilities of VR and other immersive technologies, which include lifelike tours of museums and landscapes and real estate, as well as immersive education and training. Lane is also interested in guiding the field toward other innovative uses that do no harm and that avoid hopping on the empathy bandwagon too hard.

The empathy bandwagon is crowded!

A lot of recent film circle talk around VR uses centers on the idea of using VR to build empathy. For instance, someone might make a VR film about being a refugee in a camp. Viewers would feel like they were in the camp, too, and possibly become more sympathetic to the plight of refugees.

“Or,” says Lane,  “is it just another form of poverty tourism? There’s so much we don’t yet know about VR and its impact on our psyches.” Lane has a PhD in sociology from the University of Iowa, where she completed the first multimedia dissertation, using film to study the Senior Olympics and its impact on ageism.

“People are just starting to understand the responsibility of what you put in that headset,” she points out. “It does have an impact on you. I watched an ad for Walking Dead, a show I’ve never watched. You put on the headset, and all of the sudden you’re being eviscerated and eaten alive by zombies. It’s scary and disconcerting. I get that it’s a popular genre, but…yuck.”

“And I think ‘empathy’ is overused, as is ‘storyteller,’” Lane says. “People say, “Oh, I’m not an ad salesman, I’m a storyteller. I see it in everyone’s LinkedIn profile. I’m just tired of the term. I guess you could think of storytelling as a core communication method present throughout human history and that’s how we learn, through stories, but it’s not really new information.”

Lane prefers to think about how VR might be used to provide layered, complicated, conflicted experiences—like life does.  “Immersive media is messy. I like messy.” 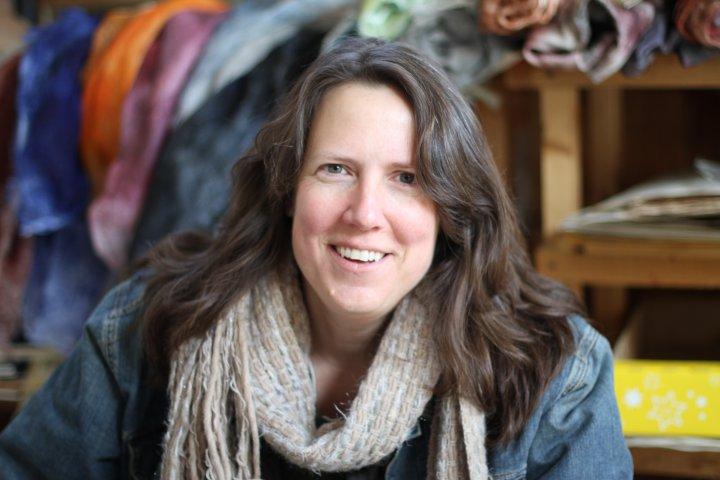