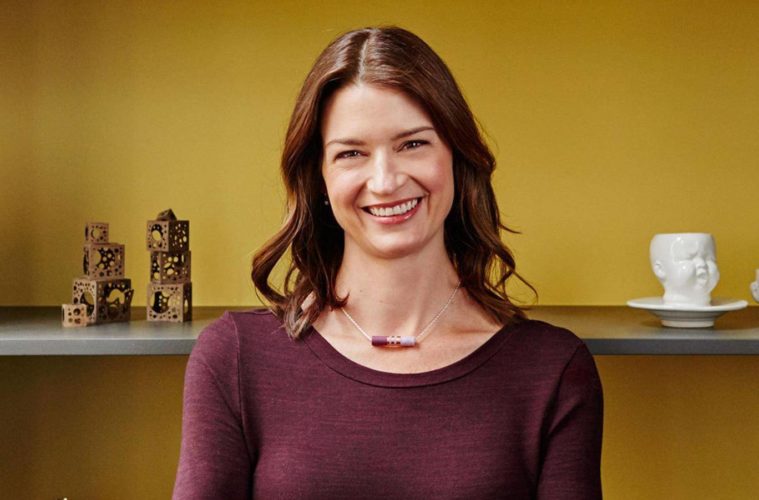 This article first appeared on Morning Brew and is republished here with permission.

Society may be forgetting about the little guy (or gal), but Etsy COO Linda Findley Kozlowski definitely isn’t.

The North Carolina-native took the helm as COO of Etsy in May 2016, “overseeing all activities that are revenue-generating or customer-facing” for the platform’s 1.9 million sellers and 32 million buyers.

Linda is an alum of Evernote (COO) and Alibaba.com (Head of Global Marketing), and has held several roles in the world of PR and communications at bigwig shops like Fleishman Hillard.

But since day one, she has chased passion over profit, following a distinct set of values that have guided her along the way. Whether it was doing “crisis comms, financial comms, or IPOs” in the first half of her career, or overseeing marketing efforts at Alibaba.com later on, Linda has always kept creativity, globalism, and most importantly, impact front and center.

But why does she care about these values specifically?

To answer that question, we need to take it all the way back.

Thanks to her mom the Etsy exec gained an appreciation for creativity early on.

Accordingly to Linda, her mom crafted everything under the sun, from shadow boxes and dollhouses to Christmas trees and calligraphy.

“When thinking about my mom’s obituary, it was the hardest thing in the world to write because it was just incredible what she did. She did pretty much everything. She was wildly creative, but also she was extremely practical.”

And in addition to indulging her creative side, Linda gained a global mindset at a young age

She was a news junkie, plain and simple. Hand-painted glasses featuring a dead pet (by Vitraaze on Etsy)

For years, Linda aspired to be a foreign war correspondent, “the Christiane Amanpour of our generation.”

And her endless curiosity to better understand people, places, and cultures only grew over time.

She went on to receive her Bachelor’s and Master’s in Journalism and spent the first half of her 20-year career in the world of PR and comm.

“Thinking global, for me, is extremely important. I don’t think I’d ever be happy working in a company that’s just focused on one country. I simply can’t imagine a life where I’m not experiencing other cultures.”

But none of it would matter if Linda didn’t feel like she was making an impact on the world.

And for good reason.

Since watching her mom immerse herself deeply in the world of volunteerism, Linda has become obsessed with making a difference.

And Etsy is the perfect marriage of all three values

“Think about it. We have 45 million products on this site—all of them completely unique—and an audience of 32 million buyers looking to be matched with these special products. It’s a constant creative challenge because much of what’s on Etsy are things people never even knew existed. People all have very very different needs which is part of what makes it amazing and wonderful.” An acorn-shaped speaker (by Carveproducts on Etsy)

Etsy has been global since the get-go.

When Robert Kalin, Chris Maguire, and Haim Schoppik launched the e-commerce marketplace in 2005, buyers and sellers already existed in several countries across the world.

Fast forward to 2017, and Kozlowski oversees an organization that spans eight global offices and has buyers and sellers from “nearly every country in the world.”

And, most importantly, she makes a serious impact on female “artpreneurs.”

“Everyone ignores the small business. People often think about these giant companies as powerhouses that drive the global economy. But the reality is something like 95% of jobs created are actually created by small businesses and micro-businesses. So when you think about true economic power and particularly true economic power for people who aren’t necessarily served by the larger ecosystem, it’s all about helping out the little guy.”

Highly impractical but delightful “glitter socks” by LirikaMatoshi on Etsy

Thankfully, Etsy’s marketplace has allowed her to do just that.

With 1.9 million creative entrepreneurs, 77% of which work on their own and 87% of whom are females, Linda gets to use technology and an established marketplace at Etsy to enable a way of life for the micro-entrepreneur.

“I want to make sure that they have as much time as possible for their creative pursuits and not necessarily for, you know, the management side of their business.” And she plans to do it through three key strategies…

1) By trusting the empowerment loop

“It’s simple. When sellers succeed we succeed…and that’s how our business model works. We make it as easy and accessible for anybody to start a business: essentially just 20¢ and an idea. Then once they start selling their products and seeing success, that’s when Etsy actually gets money out of the transaction. And then we can reinvest that back and bring in the more buyers. It’s really this concept of cyclically reinvesting as our sellers find success.”

“We have more than 14,000 seller teams around the world and these are self-formed teams. Some of them are as big as 2,000 sellers. So when you think about that scale it’s not just about what people are selling, it’s about the community. And that’s really really important to me as well because our competitive advantage is that we have that seller community of 1.9 million that no one else really has.”

“It’s really specific to us that we want to own special. We’re not going to be the store for everything in the world. What we can do better than anyone else is we can help you find something special and we can help you find it from an actual human being, where you know the story behind the person and the thing that they’re purchasing.”

Growing the business model, building community, and “owning” a niche ain’t easy for any business…especially one with e-commerce competitors breathing down your neck. But if there’s someone that can leverage relevant experiences and aligned values to support the craft marketplace and its 1.9 million sellers, it’s going to be Linda K.

Alex Lieberman is CEO of Morning Brew and a former Morgan Stanley Trader.