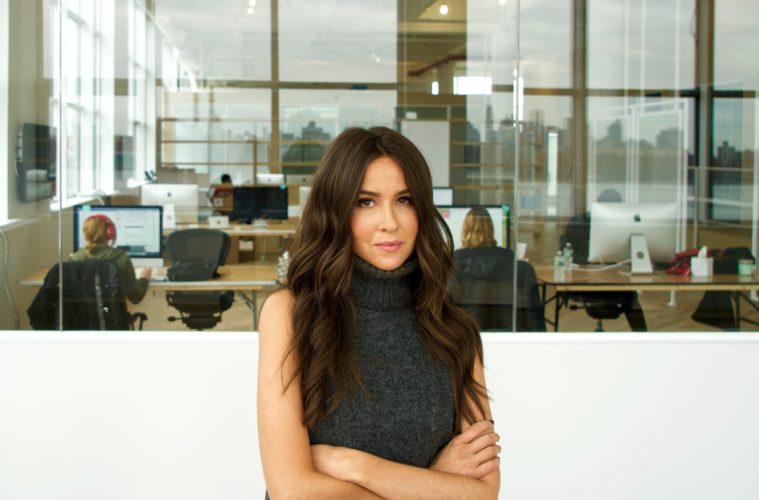 My Journey From Struggling Actress to Successful Tech CEO

How I Traded the Stage for Y Combinator

If you asked me 10 years ago where I thought my career would take me, I would have answered with one word: “Broadway.” As far as I was concerned, I was on my way to becoming a leading stage actress, dazzling crowds each night with my acting and singing chops.

It turns out that the universe had another path in mind.

Instead, here I am, the CEO and Founder of Eligible, a healthcare technology company with more than 50 employees and a set of products that my parents still don’t fully understand. My company develops healthcare billing APIs that help healthcare providers figure out exactly what their patients owe in a matter of seconds. The truth is, I don’t think I even knew what an API was until maybe six years ago.

So how did a right-brained drama kid become the leader of a company that is 70% engineering and data science talent? I like to think that my story is proof that even the most non-technical person can start, build, and manage highly complex technology businesses, as long they possess grit and the ability to relentlessly learn.

My Dreams of Acting

Ever since I was a little girl, I dreamed of performing on stage. As I grew into an adult, I tried to make that dream a reality by majoring in Theater in college and doing my best to audition and take on roles in my spare time.

If we’re being honest, I was pretty good. After college I landed the lead in a high-profile production of Shakespeare’s Taming of the Shrew. I played Adelaide in Guys and Dolls. But as any aspiring actress will tell you, the career path as an entertainer is brutal. And the theater industry itself is very much stuck in near century-old habits.

For someone looking to make a real dent in the world, I decided that I needed to pursue another calling. I went through an almost existential crisis where I consumed myself with reading biographies and attempting to figure out where the Ben Franklins and Leonardo da Vincis of my generation were being formed. Fittingly enough, I decided on technology.

My Plunge Into the World of Tech

My first foray into the startup world came after I discovered drchrono, a startup building a product for healthcare records on iPads. I became their first employee as a salesperson and joined the founders in Mountain View as they were building the company at the prestigious Y Combinator accelerator.

It was exhilarating. I finally felt like I was contributing to the world in a real, demonstrable way, and helped the company grow sales by 10% each month.

During this time I met with one of the country’s top oncologists, who informed me that he was waiting on millions of dollars in insurance payments because his practice had filled out paperwork incorrectly. This man was literally curing cancer and saving patients’ lives. It seemed unconscionable to me that he could barely keep his business solvent because of a couple of typos. Thus, the idea for Eligible was born.

The Birth of Eligible

I left drchrono and went off the grid for nine months to teach myself everything I could about the healthcare industry and building software. I practically lived at the Mountain View library, turning $5k in savings to $25k in credit card debt as I devoured computer science books and built mobile apps to test my skills.

With a homemade app under my belt, I made my way back to Y Combinator to apply as a founder. Luckily for me, one of the partners conducting the initial interview had just received a huge doctor’s bill unexpectedly. I asked him about his insurance plan and the type of test he had done. Within a few seconds, I turned the phone towards him and said “oh, you have a really high deductible plan with a large balance remaining, and that’s why you received the surprise bill.” He was amazed.

Yet, this was only the first step in the YC process, and I still had to meet with two more partners. They knew me as a salesperson given my first experience going through the YC with drchrono. Using the example of the partner’s doctor bill, I demoed Eligible again and it was at that moment that they recognized me as not just a salesperson, but someone who could actually build an amazing product. That summer I joined YC as a founder.

We raised $1.6 million in funding after graduating from Y Combinator. For the next three years, we slowly but surely built a profitable, defensible business while staying lean and growing quickly. That performance helped us raise an additional $25 million from some of the best entrepreneurs in the world, including Dropbox CEO Drew Houston, AngelList CEO Naval Ravikant, and Reddit CEO Steve Huffman.

Today, we are a fundamental piece of the infrastructure for the $4 trillion American healthcare industry. We work with some of the largest healthcare providers in the country, like Cleveland Clinic and RadNet Radiology, and partner with the country’s leading consumer healthcare companies, including Counsyl, Oscar, and Heal.

This journey was sparked by my desire to make sure that I developed into someone who made a difference in my generation, who helped move things forward and improve the world. As I look back on my path, I am 100% positive that I never could have made the same impact as an actress. Eligible helps thousands of doctors do what they do best—provide high-quality medical care to their patients—while making sure that they don’t get bogged down in the byzantine system of health insurance and reimbursement. We’re fundamentally improving the function of an entire, $4 trillion industry that directly affects hundreds of millions of people’s lives and well-being every single day. Do you think I would trade that for the applause of an audience? Not a chance.

Katelyn Gleason is the CEO and Founder of Eligible, the leading billing infrastructure company for healthcare in the U.S., with $25 million in funding from the world’s top investors, including Reddit CEO Steve Huffman and Dropbox founder Drew Houston. She was named one of Becker’s Rising Stars in Healthcare 2017 and has been featured in Forbes’ 30 Under 30 in Healthcare as well as Fast Company’s Most Creative People in Business.