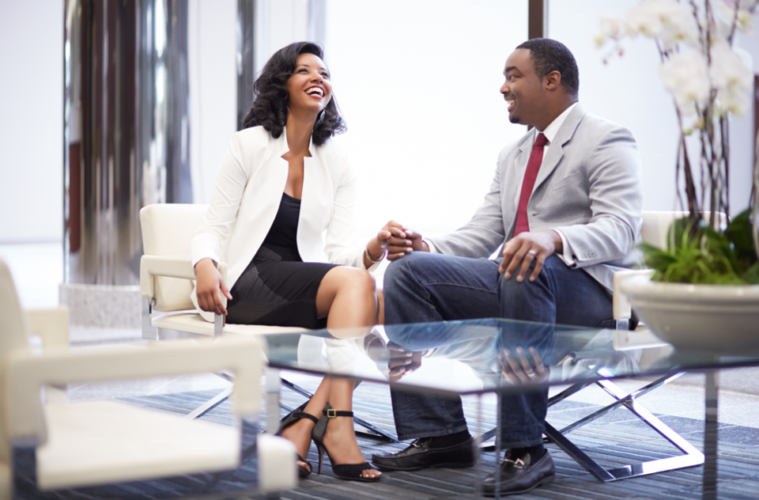 We’ve partnered with 500 Startups to bring you a series of interesting and innovative and bad-ass women founders changing the face of tech as we know it.

Kristina Jones, Co-Founder of Court Buddy, writes about her experience pitching her new company to 500 Startups.

We almost had to give a stuck-in-the-elevator pitch instead. The beginning of the 500 startups experience started off rocky for my co-founder James and me. After missing an evening flight from Miami to Los Angeles, our Los Angeles to San Francisco flight was canceled. This might have caused some people to stop and say, “Let’s just Skype in for this interview.” But we kept going. This meant a dangerous late-night 7-hour drive in one of California’s worst winter storms. The next morning, our rental car did not start. And when we were finally in the building, we got stuck in a broken elevator 15 minutes before our 10:00 AM appointment.

“Hmm,” I thought, “either this is a CLEAR sign this is not for us or we are being tested to see how bad we want this.” Funny enough, after the interview the sun came out. Literally. And we were accepted into 500 Startups Batch 20.

Lesson learned: Always give yourself time. If you are coming from out of town, try your best to get to the city the day before and arrive an hour before your meeting. There is always a Starbucks around to prepare for your meeting. Plan for the worst!

One of these things is not like the others.

On the first day of the accelerator, I scanned the room only to find that I was the only African American woman in the room. In a room full of 45 men, there were only six women, including me.

At first, I honestly felt disconnected and almost like I didn’t belong, but 500 didn’t allow that to happen. Monique Woodard, Rebecca Woodcock and Chloe Bowen, who are a part of 500’s staff, as well as other entrepreneurs-in-residence and the investment team, quickly introduced themselves. I instantly felt like I had a group of women that I could rely on who knew the lay of the land.

I have learned you have to talk to everyone in a room. I am a people person, so I know for others that might be hard, but it’s always the last person you expect that can move the ball for you. So meet everyone, even if it’s small talk.

I suggested a ladies night, which came to fruition a few months later and was followed up a few weeks afterwards by a ladies brunch. These all-women meetings allowed us to share investor intros, startup stories and female pitch competitions. They were not gripe sessions. Not once did we even have time to talk about anything but the positives of being female founders building successful businesses.

Then came taking full advantage of the fact that I look different than 99% of the people you see walking the streets of San Francisco. When you look different from what people are used to seeing, more often than not they want to hear what you have to say, so any opportunity I had to pitch, I took. Ladies night with other 500 Startups women.

I was introduced to a group called The Expat Women from a fellow batch mate, Tara Pham of Numina. This led to our company winning two pitch competitions at the group’s events. Our batchmates at 500 thought Court Buddy was on a roll, but we weren’t done yet.

An open invitation from 500 came at 5:00 p.m. on a Thursday.  There was a last-minute opportunity for a female founder to pitch at the Silicon Valley Forum’s first female pitch competition. I hopped on it, rented a car to get to Mountain View, and returned home with a trophy, a massive bottle of champagne, investor intros and reporters asking to cover the story. I was starting to really like this place.

And it only got better.

Thanks to the 500 team we learned what it takes to successfully raise money for our startup and we improved our pitch to showcase the only metrics that matter for Court Buddy. Our pitch transformed from a 10-minute ramble about the broken legal industry to one on our award winning tech solution, and then finally we honed our metrics into a tight two-minute, powerful “$200K in 10 months” traction story that no one could deny.

If we had decided to stay in Florida where we launched Court Buddy, I’m convinced that it would have taken five times longer and would have been 20 times harder.

My advice to you, if you’re on your way to an accelerator? Be a part of the conversation, meet as many people as you can, and pitch, pitch, and pitch again because the feedback is what makes the next pitch stronger.  There is more support here than ever before, so long as you are open to accepting it. And just like my new favorite song “Miracles” by Coldplay and Big Sean says, “Just turn it on.”