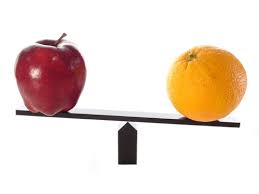 Facebook is an incredible company, and it’s incredible for many, many reasons. But one of the things that most impresses and amazes me is Facebook’s relentless reinvention. The company has disrupted its product, and therefore its users, on multiple occasions. I’m sure everyone remembers the backlash Facebook weathered when it launched its newsfeed. And of course, we’re still less than a month into Facebook’s newest disruption, this time to its profile page.

Facebook is in rare company. Microsoft, to its credit, disrupted its Office product suite by introducing the ribbon (which was probably a great change for my mom, but drives me a bit crazy), and more recently disrupted its Windows suite. But I’m having trouble thinking of other companies that have taken their core product and fundamentally changed it in a way that is both disruptive to its end users and unavoidable.

Recently, I’ve started to use Salesforce.com’s CRM. Although Salesforce is a huge step up from the other CRM I was using, it’s clear that the application was designed several years ago and has since evolved but hasn’t fundamentally gone through any disruptions. While the UI/UX must have been a dramatic, disruptive improvement upon other legacy CRMs when it launched, as it continues to evolve, it might one day find itself surprised by a new, shiny startup that takes advantage of the last five years of technology innovation (both technically and UI/UX-wise).

Obviously, there’s a reason why you don’t see a lot of disruption. It’s incredibly difficult to execute, and unbelievably risky. Large companies aren’t known for pursuing risky strategies. But could a Marc Benioff look to Mark Zuckerberg as a disruptive role model? Crazier things have happened. Facebook is leading the way not only by example, but by lowering the riskiness of disruption by forcing its 800m+ users to better embrace change.