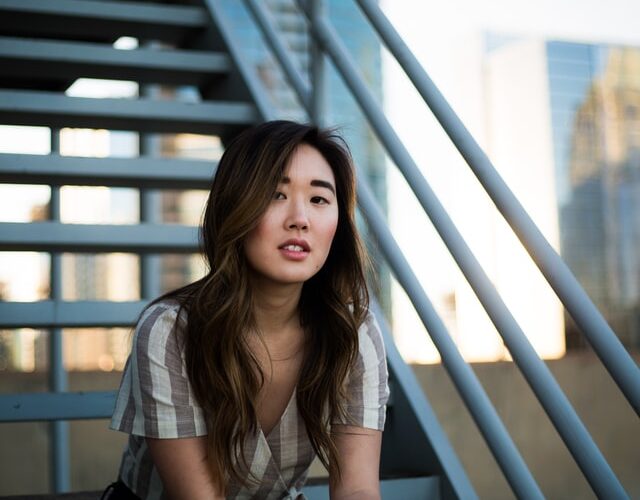 Photo by Daniel Rigdon on Unsplash

The Untapped Powerhouse of Asian-American Women in VC and Tech

Creating that value includes operational sagacity, entrepreneurial aptitude, fundraise savvy, and building maximum exit value for both founders and investors. The same tools can unlock the powerhouse of Asian-American women in venture capital. As an Asian woman myself, the arc of my career has spanned from entrepreneur to established venture capitalist, and has granted me a hard-learned understanding of the immediate challenges that diverse founders face when entering a field with a glaring lack of women and diversity.

Reflecting on my role as a founding partner at a venture capital firm resulted in intense soul-searching. We often hear the phrase, “invest in women,” whether it be in speeches given by C-level executives, or colleagues in work meetings. However, there is still a lack of women and diverse investors at the executive level of venture capital. Fewer than 3% of female entrepreneurs are venture-funded, and although Asian-Americans are the highest-income, best-educated and fastest-growing racial group in the U.S., Asian women are least likely to hold corporate supervisory positions or roles within three reporting levels of their companies’ CEOs.

In order to level the playing field, we need more diverse talent at the top level. It’s imperative that we place more women in boardrooms, executive suites, sitting at the head of investors’ tables, and listed among the leaders in Fortune 500 companies. The powerhouse of women in VC and tech, particularly Asian women, is largely untapped — and it shouldn’t be.

The statistics for women in technology and finance paint a familiar picture of disparity and missed opportunity. Women today make up over 50% of the U.S. workforce, yet they hold only 25% of computer science roles and less than 22% of leadership positions in the finance sector. Despite the messaging we receive and the underrepresentation we face, we’re still rising above the circumstance.

Consider Indra Nooyi, who gained international acclaim, both for being the first woman to lead global beverage giant PepsiCo and for joining the ranks of only ten other female chief executives of Fortune 500 companies in 2006. More recently, Melanie Perkins co-founded the popular creative platform Canva while she was still in college. Yuki He founded LiveMe, which is now one of the fastest-growing independent live broadcasting apps on the market. In healthtech, Monica Lo founded Honor, to improve home care for aging patients. Mylene Yao, M.D. started Univfy to leverage AI technology to improve access to fertility healthcare. Andrea Jung is president and CEO of Grameen America, the largest microfinance organization in the United States. We’re achieving those goals, breaking down barriers, and proving our worth across the most critical industries and advancements of our lifetime. We’re a force to be reckoned with.

Despite the rapid growth of STEM jobs in recent years and the profound accomplishments they’ve achieved, women are routinely overlooked or boxed out. Minority entrepreneurs face staggering barriers to success from the top down — with less access to capital, fewer contracting opportunities, and a lack of mentorship entrepreneurial development opportunities. Last year, across all Fortune 500 companies, Asian-Americans accounted for only 8% of new directors. This is where the culture of venture capital investors in Silicon Valley fails Asian-American female entrepreneurs.

A woman’s experience makes for a smart investment

Over the last decade, minority-owned businesses now account for 50% of the two million new businesses started in the U.S. over the last ten years, but only 3% of venture capital was invested in female-founded companies. Women entrepreneurs carry lived experience that helps them identify problems or opportunities to address the needs of their communities. If VCs don’t bother doing the research — as Morgan Stanley reported in 2019 — those investors may well be missing out on trillions of dollars in profits. Simply put, we need more recognition of women entrepreneurs and business leaders.

What are we doing to create more diversity and inclusion for women and diverse founders so that this question no longer seems relevant? We need to truly understand how to be great investors. Accessing great entrepreneurs, having a trained gut instinct for investment thesis alignment, negotiating a win-win valuation, creating value on a board, and navigating swiftly through the currents of business growth and development to exit — these are the rudimental aspects of a successful venture investor.

To further generate value as an investor, one must think creatively outside the box to strategically craft a powerful network and build a powerful presence. Organizations also have a responsibility to play a role in this narrative. I built strategic alliances and partnerships to further solidify value. As a U.S. partner to Korean Trade-Investment Promotion Agency (an organization aimed at growing investment, economic development, and trade sectors for the U.S. and Korean markets), I’ve established a unique pipeline of diverse and premiere deals from tech cities while building a global venture network.

The future of tech and venture capital lies with the innovation and ingenuity of a Silicon Valley that represents the demographic makeup of the generation it serves. Creating more opportunities for Asian-American women leaders could foster high-quality venture capitalists. If we can accomplish this, then we allow those untapped powerhouses of Asian-American women in VC to produce value and increase success for companies and investors.